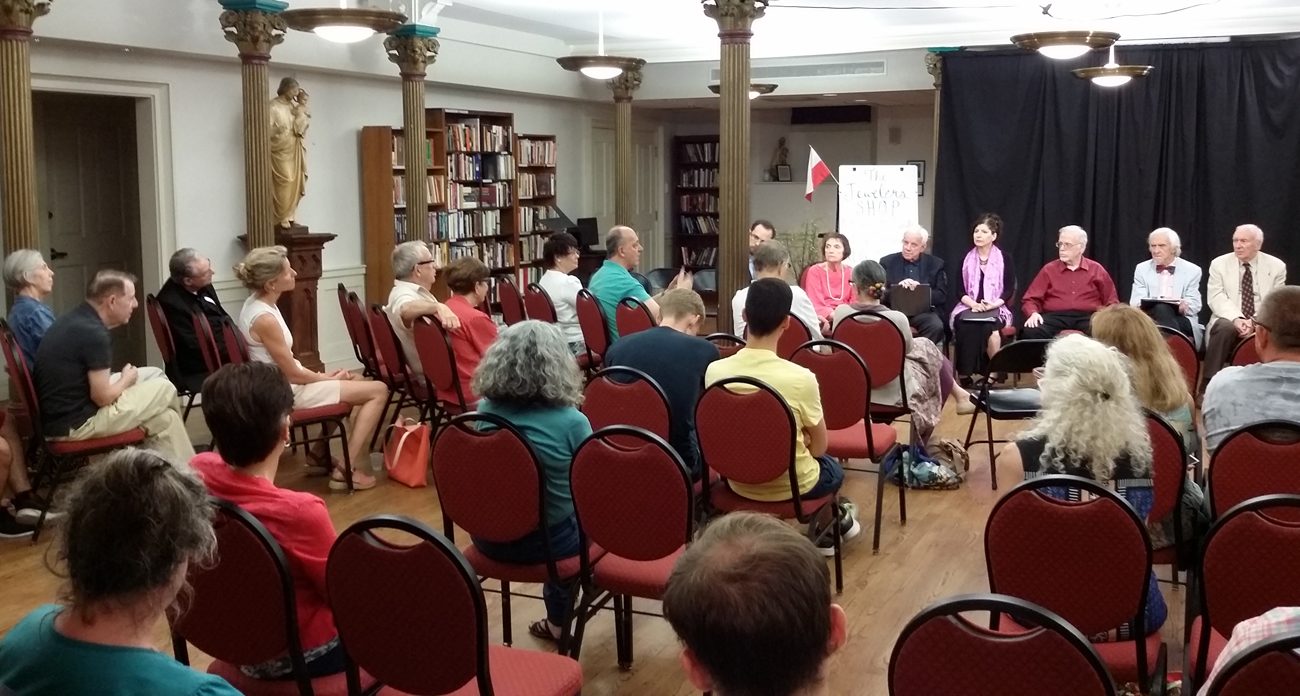 Parishioners and guests at Old St. Joseph's parish hall in Philadelphia enjoy a panel discussion with the performers in a staging of St. John Paul II's meditative play on marriage, "The Jeweler's Shop," Saturday night, July 15. 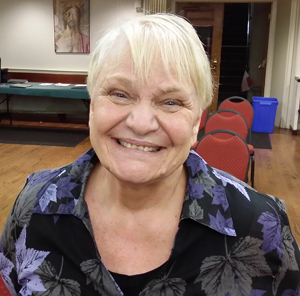 Old St. Joseph’s parishioner Joan Slavin, a member of the parish’s eldership group, spearheaded the effort to stage “The Jeweler’s Shop” and bring a spiritual component to a senior activity open to everyone.

Under the direction of former pastor Father Daniel Ruff, S.J., and parishioner Peggy Connolly, a group of 10 parishioners delivered the drama’s meditative monologues, which explore the dimensions of marital and divine love.

The work was written by the future pope — then Karol Wojtyla — in 1960, while he was still the auxiliary bishop of Krakow. The author of several plays and a former actor himself, Wojtyla structured the piece as a kind of prayerful reflection, subtitling it “A Meditation on the Sacrament of Matrimony, Passing on Occasion into Drama.”

During its three acts, the characters spoke at length about their expectations of marriage and their struggles in it. Two mysterious figures, Adam and the Jeweler, helped the play’s three couples to situate their individual experiences in the context of God’s eternal design.

With its sparse set and minimal gestures, the production — which featured performances on Saturday, July 15 and Sunday, July 16 — “required attentive listening of the audience,” said Father Ruff.

“This isn’t an action piece,” he said in his opening remarks. “You need to pay close attention to the symbolism.”

The project was the brainchild of Joan Slavin, who heads up the parish’s senior citizens committee, or “eldership group,” a name chosen to highlight participants’ roles as mentors.

During her career as an off-Broadway actress, Slavin observed that several small theater companies in New York City enjoyed good relationships with neighborhood Catholic churches. Upon moving into Old St. Joseph’s, she suggested that the eldership group produce the play as an alternative to traditional senior activities.

“There are a lot of senior groups that have bingo or trips to the shore,” she said. “And that’s great, but we wanted to focus more on doing spiritual kinds of things that would enrich us as seniors, and would also enrich our entire parish community.”

Slavin posted a call for participants in the parish bulletin, and Connolly — a community theater veteran who holds a master’s degree in drama from the Catholic University of America — offered to direct.

To enhance the spiritual impact of the production, Connolly tapped Father Ruff to serve as its theological consultant. The Jesuit priest, who now serves as the campus minister at St. Joseph’s University, was already familiar with Connolly’s directorial work, having seen several of her previous productions while assigned to Old St. Joseph’s.

However, he was initially hesitant to work on this particular piece.

“I started with a disclaimer to the cast that I’m not an expert on the thought of Pope John Paul II,” he said, adding that he has now gained a much deeper appreciation of the saint’s theology.

Cynthia Long, who played Teresa, was also skeptical at first.

“I struggled with the role, since the character seemed so unrelatable,” she said during the post-show discussion. “But in the end, Teresa was like many parents, wanting her children to have the same experience of marriage and spirituality that she did. She expressed a sense of loss that what we care about is gone.”

Attendees were both challenged and inspired by the seldom-performed drama.

Parishioner Jeanmarie Zippo commended the cast on their performance, but felt that the piece was unrealistic. “It seemed to be written from the perspective of someone who had an idealized version of what marriage should be,” she said.

Susan Guest, who traveled to the show from Our Lady of Calvary Parish in Northeast Philadelphia, found the script to be “full of passion.”

Father Ruff admitted that the play offers no simple conclusions about marriage, but does end on a “quiet note of hope.”

After a successful debut, Slavin would like to see the eldership group stage additional productions.

“I really believe so fervently that senior activities in a church should have that spiritual component,” she said, stressing the connection between art and contemplation.

Connolly agrees that theater can deepen the soul’s relationship with the divine.

“Drama can become something of a metaphysical experience,” she said. “I’m not a theologian, but I do think that creating something beautiful is spiritual.” 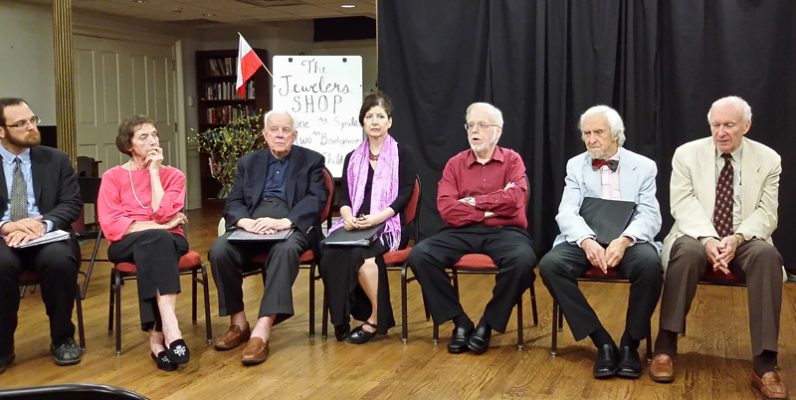 The performers of the play by St. John Paul II discuss it and their roles during a discussion with guests after the performance on July 15. Play director Peggy Connolly is second from left and Jesuit Father Daniel Ruff, play moderator and a former pastor of Old St. Joseph Parish, is third from right.

NEXT: Area Catholic teens hit the road to help the needy out of state