Christians are oriented toward light, hope, pope says at audience 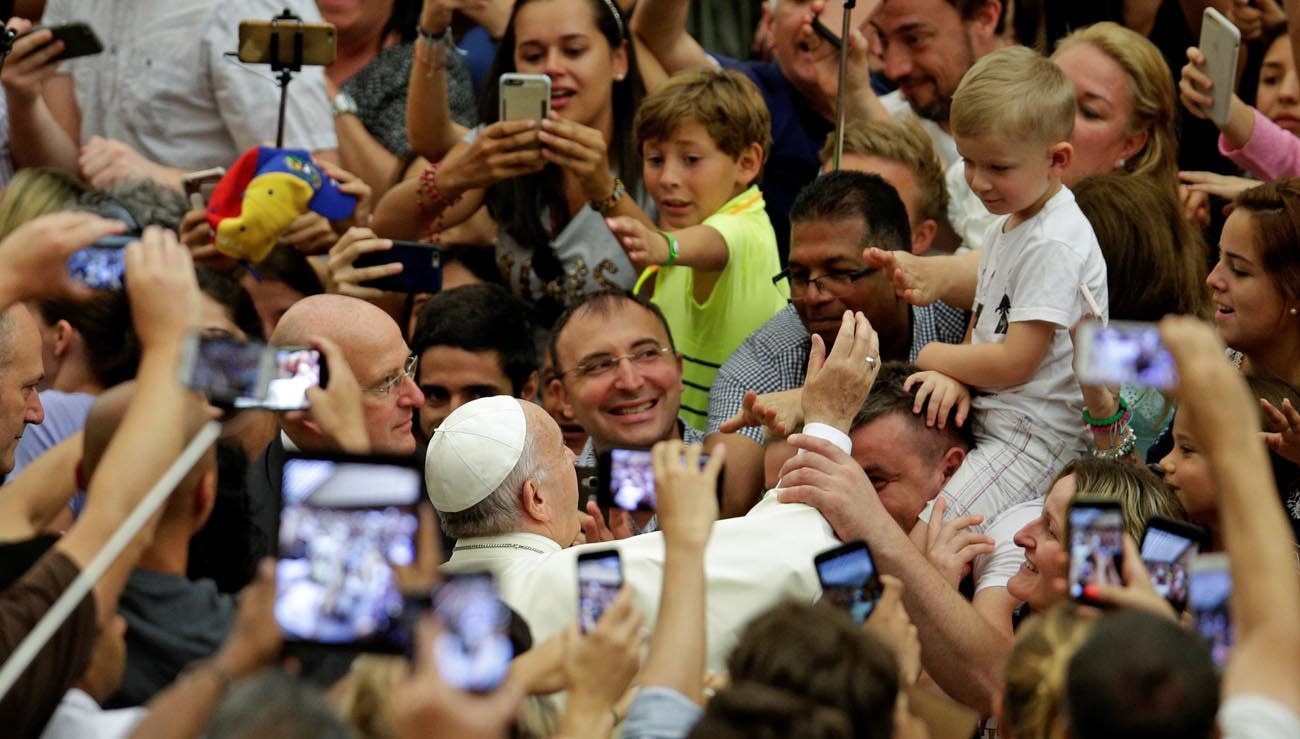 VATICAN CITY (CNS) — The ancient practice of orienting church buildings East to West — with the entrance facing West and the altar toward the East — was symbolic of the connection that exists between light and hope, Pope Francis said.

“What does it mean to be a Christian? It means looking toward the light, continuing to make a profession of faith in the light, even when the world is wrapped in the night and darkness,” Pope Francis said Aug. 2 at his weekly general audience.

With temperatures moving toward a forecasted 100 degrees, the pope resumed his audiences indoors after a month’s hiatus. He also resumed his series of audience talks about Christian hope.

He began by explaining how in ancient times the physical setting of a church building held symbolic importance for believers because the sun sets in the West, “where the light dies,” but rises in the East, where “the dawn reminds us of Christ, the sun risen from on high.”

In fact, he said, using the “language of the cosmos,” it was customary to have those about to be baptized proclaim their renunciation of Satan facing West and their profession of faith in God facing East.

Pope Francis did not touch on the debate about whether priests should celebrate Mass facing East, with their backs to the people, but focused on light as a symbol of Christian hope.

“Christians are not exempt from the darkness, either external or even internal,” he said. “They do not live outside the world, but because of the grace of Christ received though baptism, they are men and women who are ‘oriented’: they do not believe in the darkness, but in the light of day; they do not succumb to the night, but hope in the dawn; they are not defeated by death, but long for resurrection; they are not crushed by evil because they always trust in the infinite possibilities of goodness.”

Receiving the light of Christ at baptism, he said, Christians are called to be true “Christophers” or Christ-bearers, “especially to those who are going through situations of mourning, desperation, darkness and hatred.”

Christians who truly bear the light of Christ’s hope, he said, can be identified by the light in their eyes and by their serenity “even on the most complicated days.”

PREVIOUS: Sell all you’ve got for the kingdom of God

NEXT: Is yoga considered communing with devil?