Pope says he’s saddened by ‘perfect’ Catholics who despise others 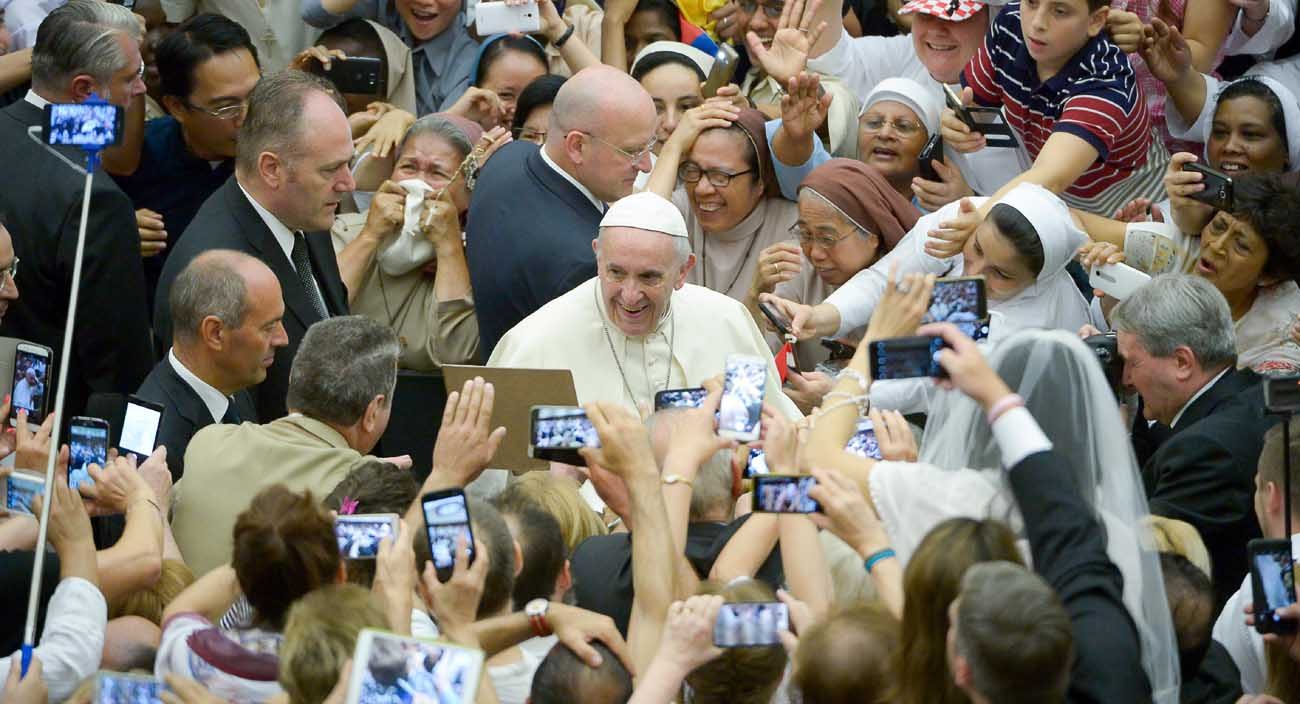 Pope Francis greets the crowd during his weekly audience in Paul VI hall at the Vatican Aug. 9. (CNS photo/L'Osservatore Romano)

VATICAN CITY (CNS) — God did not choose perfect people to form his church, but rather sinners who have experienced his love and forgiveness, Pope Francis said.

The Gospel of Luke’s account of Jesus forgiving the sinful woman shows how his actions went against the general mentality of his time, a way of thinking that saw a “clear separation” between the pure and impure, the pope said Aug. 9 during his weekly general audience.

“There were some scribes, those who believed they were perfect,” the pope said. “And I think about so many Catholics who think they are perfect and scorn others. This is sad.”

Continuing his series of audience talks about Christian hope, the pope reflected on Jesus’ “scandalous gesture” of forgiving the sinful woman.

The woman, he said, was one of many poor women who were were visited secretly even by those who denounced them as sinful.

Although Jesus’ love toward the sick and the marginalized “baffles his contemporaries,” it reveals God’s heart as the place where suffering men and women can find love, compassion and healing, Pope Francis said.

“How many people continue today in a wayward life because they find no one willing to look at them in a different way, with the eyes — or better yet — with the heart of God, meaning with hope,” he said. But “Jesus sees the possibility of a resurrection even in those who have made so many wrong choices.”

Oftentimes, the pope continued, Christians become accustomed to having their sins forgiven and receiving God’s unconditional love while forgetting the heavy price Jesus paid by dying on the cross.

By forgiving sinners, Jesus doesn’t seek to free them from a guilty conscience, but rather offers “people who have made mistakes the hope of a new life, a life marked by love,” the pope said.

The church is a people formed “of sinners who have experienced the mercy and forgiveness of God,” Pope Francis said. Christians are “all poor sinners” who need God’s mercy, “which strengthens us and gives us hope.”

PREVIOUS: Married Catholic priests? Did I miss something?

NEXT: Encountering God even in the people we’d like to avoid