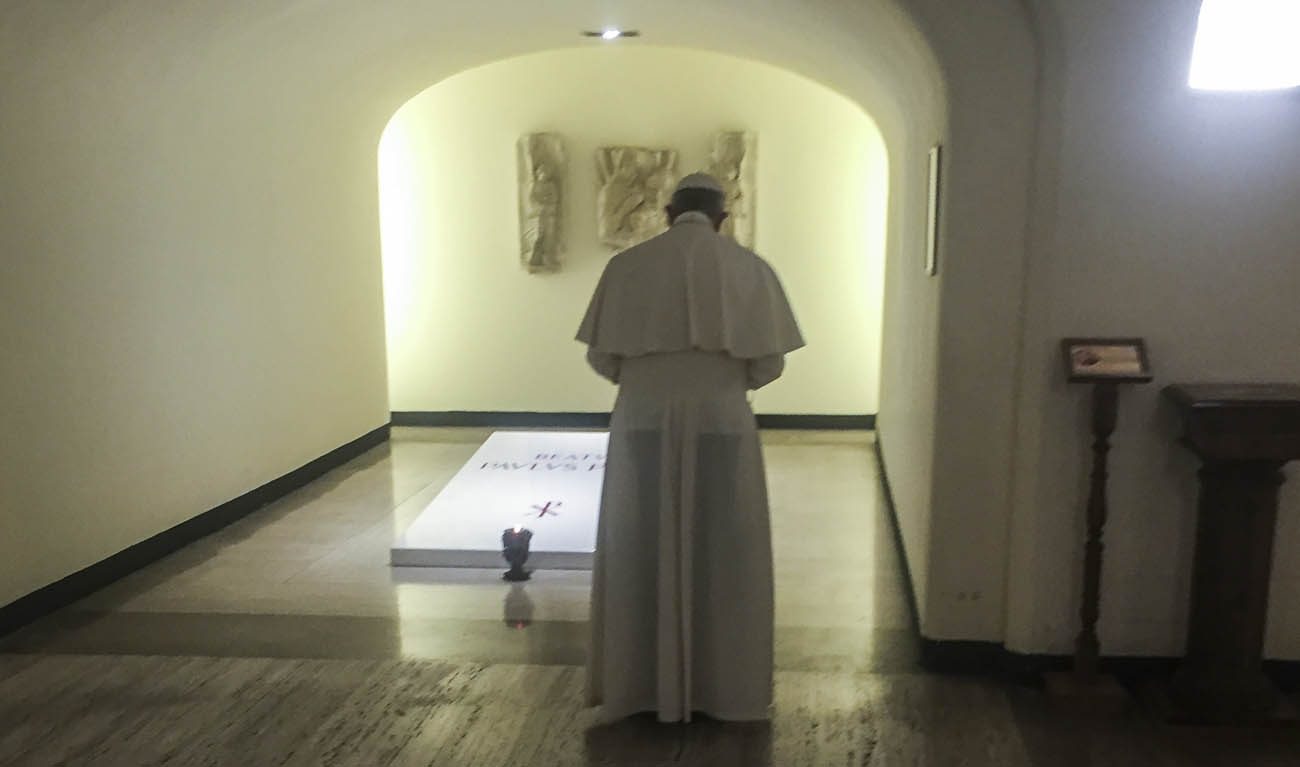 VATICAN CITY (CNS) — Summertime can and should be a time for extra prayer, a moment of peace that allows Christians to savor the joy of their relationship with Jesus and find new strength to reach out with love to others, Pope Francis said.

Before reciting the Angelus Aug. 6, the feast of the Transfiguration, Pope Francis talked about the Gospel story of the disciples going up Mount Tabor with Jesus, “detaching themselves from mundane things” and contemplating the transfigured Lord.

Today, too, Christ’s disciples need to “rediscover the pacifying and regenerating silence” that comes from prayer and meditating on a Gospel passage.

“When we put ourselves in this situation, with the Bible in hand, in silence, we begin to feel this interior beauty, this joy that the word of God generates in us,” the pope said.

With high temperatures still plaguing Rome and most of southern Europe, many tourists and pilgrims in St. Peter’s Square came armed with umbrellas or bought paper parasols from wandering venders outside the square.

Pope Francis said he knew the students in the square were in the midst of their summer holidays and many of the other people in the square were on vacation. He told them, “It’s important that in the period of rest and breaking away from daily concerns, you restore the energies of your body and soul, deepening your spiritual journey.”

The disciples who saw Jesus’ transfigured, he said, were changed by the event and descended the mountain, back into their daily lives, “with eyes and hearts transfigured by their encounter with the Lord. We, too, can follow this path.”

An encounter with the Lord, he said, should inspire further steps of conversion and a greater witness of charity.

“Transformed by the presence of Christ and by the warmth of his words, we will be a concrete sign of the life-giving love of God for all our brothers and sisters, especially those who suffer, find themselves alone and abandoned, are sick, and for the multitude of men and women who, in different parts of the world, are humiliated by injustice, abuse and violence.”

Pope Francis prayed that Mary would watch over people on vacation, but also that she would care for “those who cannot take a vacation because they are impeded by age, health or work, by economic difficulties or other problems.”

Earlier that morning, Pope Francis went to the grotto under St. Peter’s Basilica to pray at the tomb of Blessed Paul VI, who died Aug. 6, 1978.

PREVIOUS: Standing up to ‘weisure’

NEXT: Married Catholic priests? Did I miss something?