Pope: Cross is the mystery of Christ’s love, not ‘spiritual masochism’ 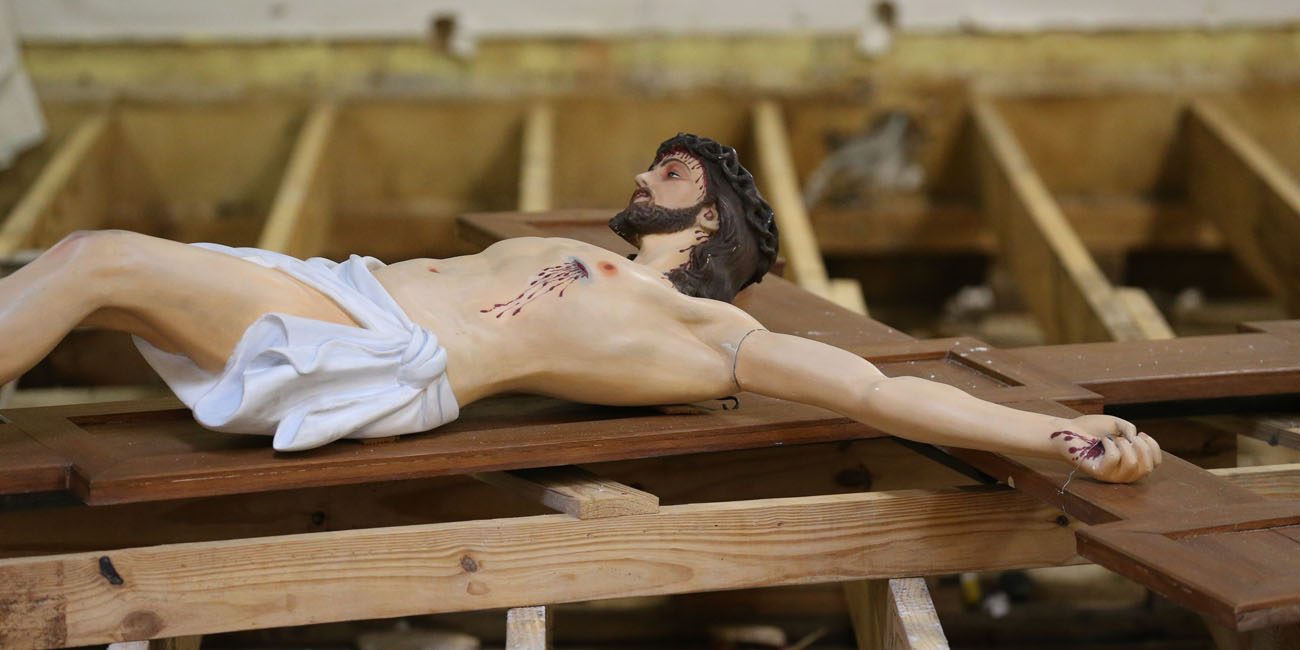 A crucifix is seen in the destroyed stage at True Cross Catholic School in Dickinson, Texas in the aftermath of Tropical Storm Harvey in this Sept. 5, 2017, file photo. (CNS photo/Bob Roller)

VATICAN CITY (CNS) — Following the cross without Christ and his resurrection reduces God’s love to a hopeless and masochistic form of spirituality, Pope Francis said.

Christians must beware of separating Christ from his humble descent to death and viewing it as a “mystery of tragedy,” the pope said at his first early morning Mass after the summer break.

“A Christ without a cross is not the Lord: He is a teacher, nothing more,” the pope said. “The other temptation is a cross without Christ, that is, the anguish of remaining down, depressed by the weight of sin and without hope. This is a type of spiritual masochism: only the cross, without hope and without Christ.”

Celebrating the feast of the Exaltation of the Cross Sept 14, the pope reflected on the day’s first reading in which St. Paul says that Christ “humbled himself, becoming obedient to death, even death on a cross.”

Because of Jesus’ descent “to the lowest point, even to humiliation,” the pope said, God “exalted him and raised him up.”

“Only if we succeed in understanding this complete descent can we understand the salvation which this mystery of love offers us,” he said.

Understanding Jesus’ death on the cross is not easy, the pope continued. St. Paul rebukes the Galatians for giving “in to the temptation not to enter the mystery of love but to explain it.”

Like the Galatians, Christians can also fall prey to “the illusion of a Christ without a cross and a cross without Christ.”

Pope Francis called on the faithful to ask themselves whether they follow Jesus without a cross, which would mean he is nothing more than “a spiritual teacher who fills me with consolation and good counsel” or a cross without Christ “with this masochism of the spirit.”

PREVIOUS: Mom sings ‘Be thou my vision’ to her son, but what does she see?

NEXT: Readings of the holy Mass – Twenty-fourth Sunday in Ordinary Time