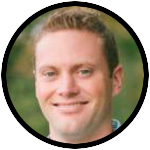 On a Wednesday evening in October 2011 — having about 72 hours of sobriety from alcohol and drugs under my belt — I was greeted with a firm handshake by a young man who ultimately led the sea of men and women surrounding us in a weekly Bible study.

At the time, I couldn’t envision how valuable that community of young believers would be to my sobriety, spiritual development and growth as a man.

I moved to San Diego when I was 25 years old and on a serious losing streak. I dipped my toes into the parish when I first made the move, mostly because the woman I moved across the country with wanted me to, and she was the only good thing left I had going for me.

A year later, the relationship was over and I was completely deflated of hope. I reached out for help, calling my family members and close friends to tell them how terrible things had gotten as a result of my alcohol and drug use.

The next day, I got involved in a recovery fellowship and, by the grace of God, have not had a drink or gotten high since then. Two days after that, I was back at St. Brigid. (Read my full story here.)

Seeking the church as a source of community was something very new to me. I was certain that the group of young adults around me were good people that probably had their own struggles, but questioned whether they would accept me as a recently reformed deviant.

The awkward small talk and icebreakers were worth getting through to be a part of friendships that centered around Christ and correlated with my improved behavior. As the weeks and months passed, I was accompanied by men and women who walked by my side and offered social, spiritual and emotional support when I needed it. They still do today.

Invariably, I was bound to fall into other vices and supplement the lack of “fix” that I was getting from alcohol and drugs. Personal insecurities had me wanting to seek comfort from women, overstepping healthy boundaries, and putting others at emotional risk.

I was judging myself by the standards of the world and continued to find myself coming up short. When I learned to identify as a beloved son of God, with whom he is well-pleased, I treated myself and others with more dignity.

As noted in the Vatican’s preparatory document for the 2018 synod on young people, accompaniment was critical in this process. It was one thing hearing a priest speak about these things, but it became real as I watched my relatively youthful peers living it out.

While working through the 12 steps of addiction recovery, I found countless similarities between the spiritual principles of recovery and the sacramental life of the Catholic Church.

The whole process seemed like something I was being plunged — or baptized — into. Through the lens of my own brokenness (and God’s supreme goodness), I engaged the sacraments of reconciliation, Eucharist and confirmation.

As I shared honestly about what I was going through, others seemed to share with a similar amount of vulnerability that, in many cases, formed deep spiritual bonds.

And — as added blessing — I also met my wife, Jacqueline, as a result of participating in spiritual and social events around the church. We are celebrating our first anniversary this month.

Another reminder of God’s goodness and faithfulness and his perfect timing.

Join the conversation. Submit a proposal for a guest column to inlightoffaith@catholicnews.com.

Scott Weeman is the founder and executive director of Catholic in Recovery, a nonprofit ministry that seeks to bring freedom to those suffering with addiction. His book, “The Twelve Steps and the Sacraments: A Catholic Journey through Recovery,” will be released Nov. 10. He lives in San Diego with his wife, Jacqueline. He is a guest columnist for the Catholic News Service column “In Light of Faith.”

PREVIOUS: Seeds of faith continue to flourish in Latino youth

NEXT: Complexities of immigration meet the eternal wisdom of God