At Mass lauding religious life, a call to ‘share the journey’ with immigrants 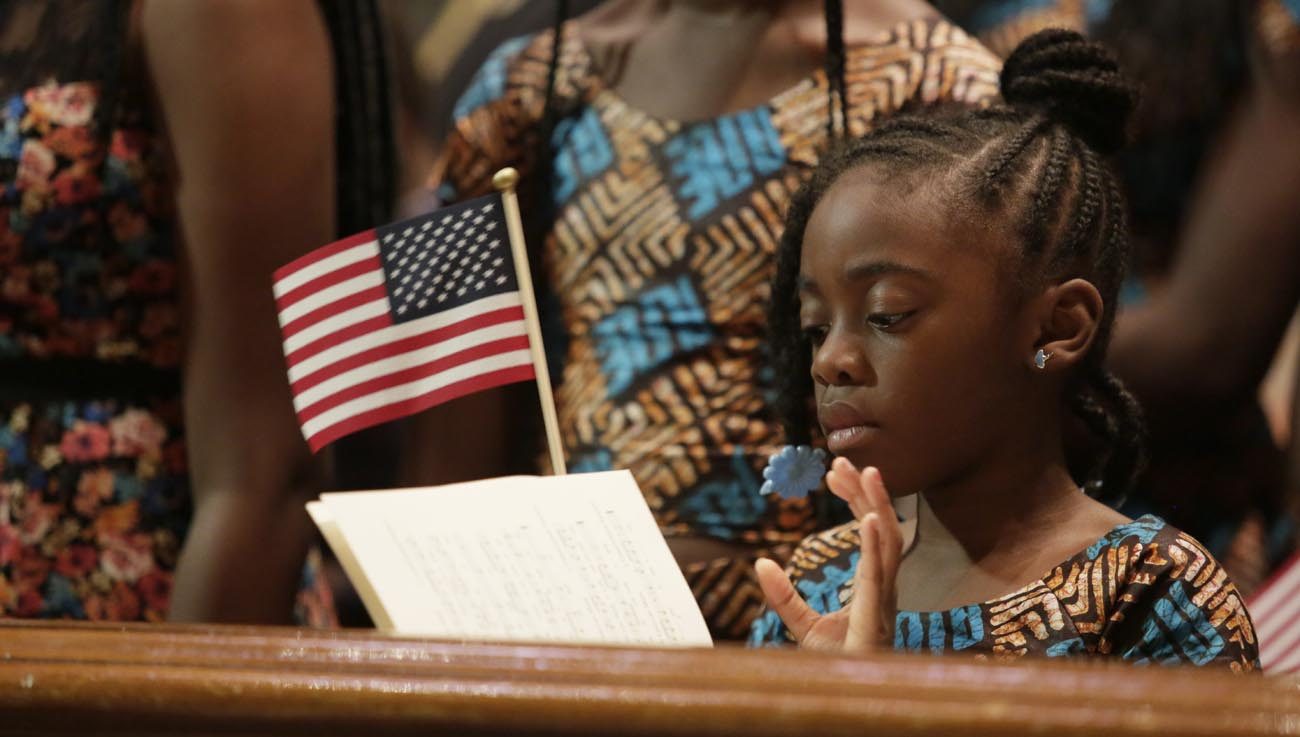 A mother and daughter pray at a Mass Sept. 24 at the Cathedral Basilica of SS. Peter and Paul, Philadelphia, in which the anniversaries of religious jubilarians and a new initiative for migrants and refugees were recognized. (Photo by Kevin Cook)

The annual Religious Jubilarians’ Mass held at the Cathedral Basilica of SS. Peter and Paul honors members of religious communities in the Philadelphia Archdiocese celebrating “milestone” anniversaries of 25 years in consecrated life or longer. Always a special event, this year’s Mass on Sept. 24 heralded a special announcement.

Archbishop Charles Chaput, main celebrant for the Mass, told the congregation that “about a month ago” Pope Francis “invited bishops to begin a program called ‘Share the Journey,’” and the archdiocese was joining the initiative “to be in solidarity by what we say and do with the more than 65 million refugees and immigrants without a home in our world.”

The Jubilarian Mass is ordinarily its own celebration. Msgr. Joseph Anderlonis, the Vicar for Consecrated Life in the archdiocese, said plans for the Mass had been underway since June but the unusual timing for the initiative resulted in a dual focus this year on religious women and men, and migrants.

Pope Francis has asked bishops to begin their own local initiatives for the program by Sept. 27, when he will make the announcement of the worldwide Caritas campaign official from St. Peter’s Square.

But since the Catholic bishops of Pennsylvania will gather for their annual meeting on that date in Harrisburg — at which all the bishops of the state will consecrate Pennsylvania to the Blessed Virgin Mary in observance of the 100th anniversary of her apparitions at Fatima — the decision was made to announce in Philadelphia a bit early at the Jubilarians’ Mass. 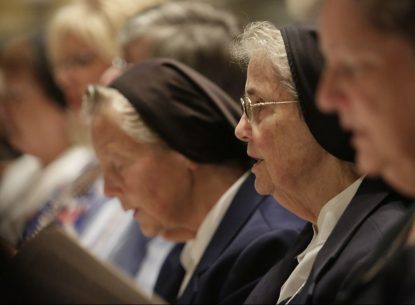 “We also thought the sisters wouldn’t mind,” the archbishop added. “So many of (Philadelphia’s religious) have been involved for many, many years in exemplary ways in caring for the refugees and immigrants of the world.”

Sponsored by Caritas Internationalis, a global confederation of 165 national development agencies, “Share the Journey” is the Church’s global public awareness campaign aiming to strengthen the relationship between migrants and their local communities.

The program will promote a “culture of encounter” among people in communities where migrants and refugees leave and return to, where they travel through and where they make their new homes, aiming to dispel fears and inspire communities to build relationships with those forced to leave their native lands due to violence, oppression, famine and other hardships.

Archbishop Chaput found a unifying theme in the readings for last Sunday’s liturgy, which was the 25th Sunday in Ordinary Time. “Isaiah, speaking for God, says this: ‘For my thoughts are not your thoughts; nor are your ways my ways. As high as the heavens are above the earth, so are my ways above your ways, and my thoughts above your thoughts,’” the archbishop said in his homily.

“We have a personal responsibility as disciples of Jesus Christ to be concerned about immigrants and be concerned about refugees,” he said. “There is sometimes so much hostility to immigrants — less so to refugees, sometimes great hostility on the part of our common thinking. But when Jesus is homeless in them, we have a responsibility to give them homes. And to give someone a home is to treat them as one of our family.”

Leading the offertory procession was a group of migrants and refugees selected from local parishes, as well as men and women who have entered the country through the Refugee Resettlement Program of archdiocesan Catholic Social Services (CSS).

The program was reopened earlier this year with referrals coming through the United States Conference of Catholic Bishops. So far, CSS has resettled 33 people in the Philadelphia region, including families from Ukraine, Afghanistan, Egypt, Ethiopia, Morocco and Eritrea, and expects two more families from Nepal within the next two weeks.

In the lead-up to the celebration, the Mass was altered slightly to reflect a bilingual congregation, with the prayers and readings alternating between English and Spanish.

“God’s love and God’s justice are entirely different than our way of thinking and our way of acting,” Archbishop Chaput noted, pointing out that the challenge of religious life stood at odds with the world, calling it “countercultural.”

“Consecrated life reminds us that God’s ways are not our ways, and as such, we should see a call to God’s ways in the care for immigrants and refugees. It’s an expression of God’s thoughts not being our thoughts. Pope Francis is constantly reminding us of that.” 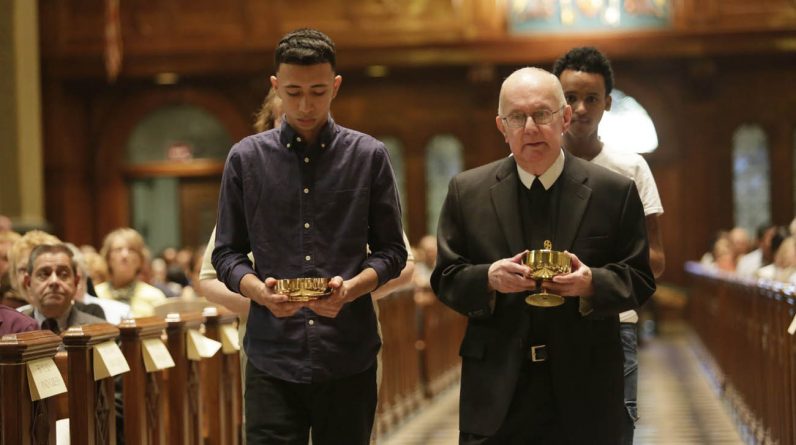 A religious brother (right) and representatives of migrants resettled by Catholic Social Services bring up the offertory gifts at a Mass Sept. 24 at the Cathedral Basilica of SS. Peter and Paul, Philadelphia, in which the anniversaries of religious jubilarians and a new initiative for migrants and refugees were recognized. (Kevin Cook)

NEXT: Anthem plans full weekend of events for youth and young adults