Ask God for courage to follow him to the cross, pope says 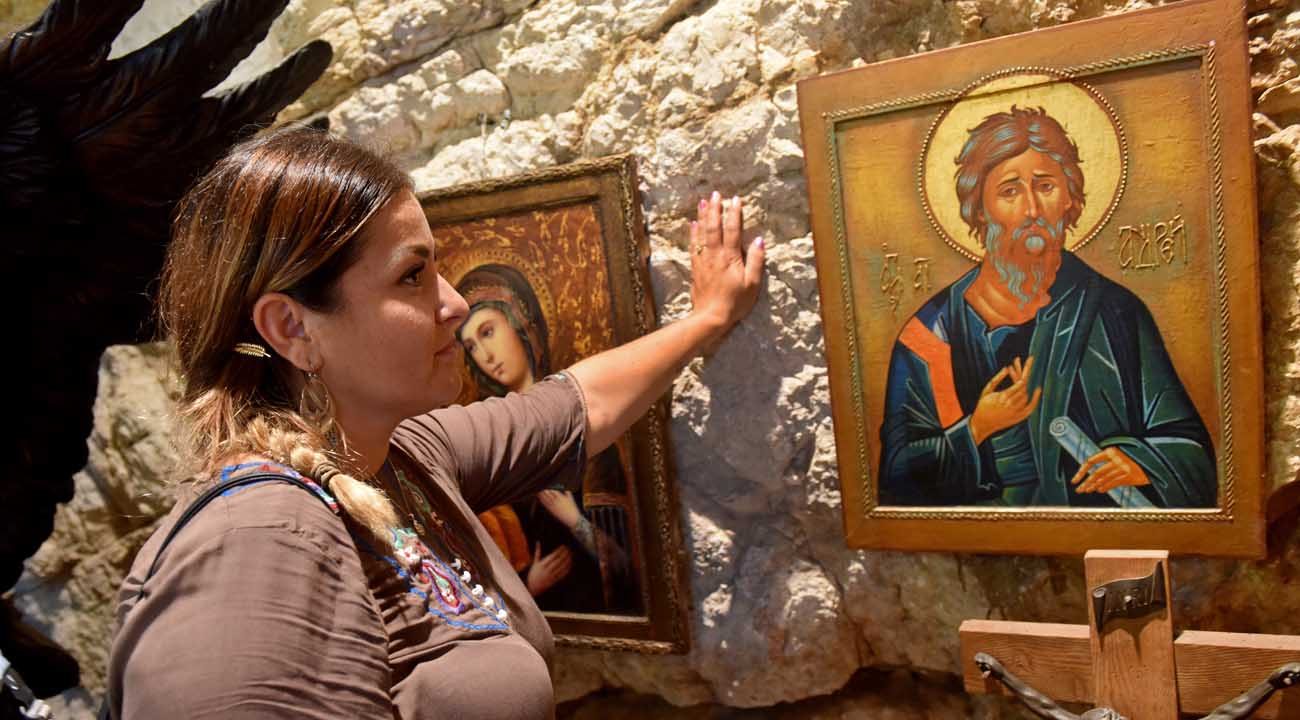 A woman prays on the Via Dolorosa in the Old City of Jerusalem Sept. 11. Pope Francis said Oct. 3 citing the Gospel of Luke during morning Mass at Domus Sanctae Marthae that Jesus knew he would face humiliation, suffering and death in Jerusalem. (CNS photo/Debbie Hill)

VATICAN CITY (CNS) — Obedient to his father, Jesus was patient with his sinning, fearful disciples throughout his lonely journey toward the cross, Pope Francis said.

When Jesus set out to go to Jerusalem, he knew he would face humiliation, suffering and death there, as his disciples would each fall away and not accompany him, the pope said Oct. 3 during morning Mass at Domus Sanctae Marthae.

Sometimes the disciples “did not understand what he meant or they didn’t want to understand because they were afraid” after hearing his prediction of his passion and death, the pope said. Other times, they “hid the truth,” tried to distract themselves or looked for distractions so they would not have to think about what awaited the Lord.

And this meant that Jesus was all alone “up to the end” as he held firm to his decision to follow God’s will, the pope said.

“Let’s think then of the disciples’ abandonment, Peter’s betrayal. All alone. The Gospel tells us that only an angel appears from the heavens to comfort him in the Garden of Olives. Only this companion. Alone,” he said.

The pope asked people to take a few moments of their day to think about Jesus and “how much he loved us” and “how he walked alone toward the cross” amid a lack of understanding and support from his companions.

Speak with Jesus and tell him, “How many times do I try to do so many things and I don’t look at you when you did this for me” or at how “you employed patience, a patient man, patient God, who with so much patience you tolerate my sins, my failures, ” the pope said.

Pray in front of the crucifix or imagine Jesus walking toward Jerusalem, he said, and “ask for the grace to have the courage to follow him up close.”

PREVIOUS: When your baptismal sponsor turns out to be an atheist

NEXT: Don’t ‘dine and dash’ from the Lord’s table