Nothing is in vain, nothing is resistant to love, pope says 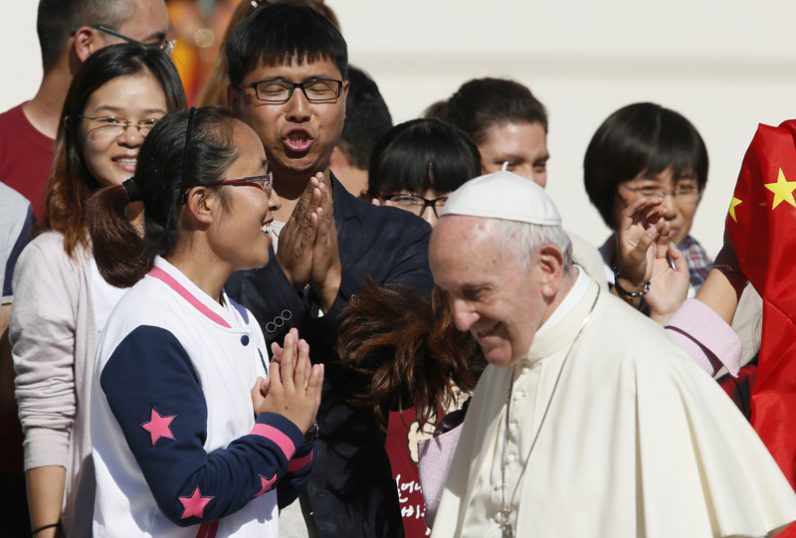 Throughout history, every day is seen as a gift from God and “every morning is a blank page that Christians start writing on” with their good works and charity, he said Oct. 11 during his weekly general audience.

Continuing his series of audience talks on Christian hope, the pope reflected on a reading from the Gospel of St. Luke, in which the disciples are asked to be like faithful and vigilant servants, who stand ready for their master’s return — the day Jesus will come again.

Jesus wants his followers to never let down their guard and to be on their toes, ready to welcome “with gratitude and amazement each new day God gives us,” the pope said.

Even though “we have already been saved by Jesus’ redemption,” he said, the people of God are still awaiting his second coming in glory when he will be “all in all.” Nothing in life is more certain than that — that he will come again, the pope said.

This time of expectant waiting, however, is no time for boredom, but rather for patience, he said.

Christians must be perseverant and life-giving, like wellsprings to irrigate a desert.

For that reason, “nothing happens in vain” and no situation is “completely resistant to love. No night is so long that the joy of dawn is forgotten,” he said. In fact, the darker the night, the sooner the light will come, he added.

By staying united with Christ, nothing can stop the faithful, even “the coldness of difficult moments do not paralyze us.” And no matter how much the world preaches against hope and predicts “only dark clouds,” Christians know everything will be saved and “Christ will drive away the temptation to think that this life is wrong.”

“We do not lose ourselves in the flow of events to pessimism, as if history were a train out of control. Resignation is not a Christian virtue. Just like it is not Christian to shrug your shoulders or lower your head before a seemingly unavoidable destiny.”

Having hope means never being submissive or passive, but being a builder of hope, which demands courage, taking risks and personal sacrifice, he said.

“Submissive people are not peacebuilders, but they are lazy, they want to be comfortable,” he said.

At the end of the general audience, the pope reminded people that October was World Mission Month and the month of the rosary.

As celebrations of the 100th anniversary of the end of the apparitions of Mary at Fatima were to wrap up Oct. 13, the pope invited everyone to pray the rosary, asking for peace in the world.

“May prayer stir the unruliest of souls” so that all violence may be banished from their hearts, words and actions, and they become artisans of peace, he said.

The pope also launched an appeal for concrete study and action to safeguard creation and reduce the risks people face with natural disasters.

He asked that International Day for Disaster Reduction Oct. 13 encourage leaders and groups to promote a culture that aims to reduce people’s exposure to natural disasters, particularly people who are already very vulnerable.

PREVIOUS: Is it right to hope prayer will ‘change God’s mind?’

NEXT: Life has shades of gray that reveal a rainbow of color