For Catholics on Halloween, focus on the festivity 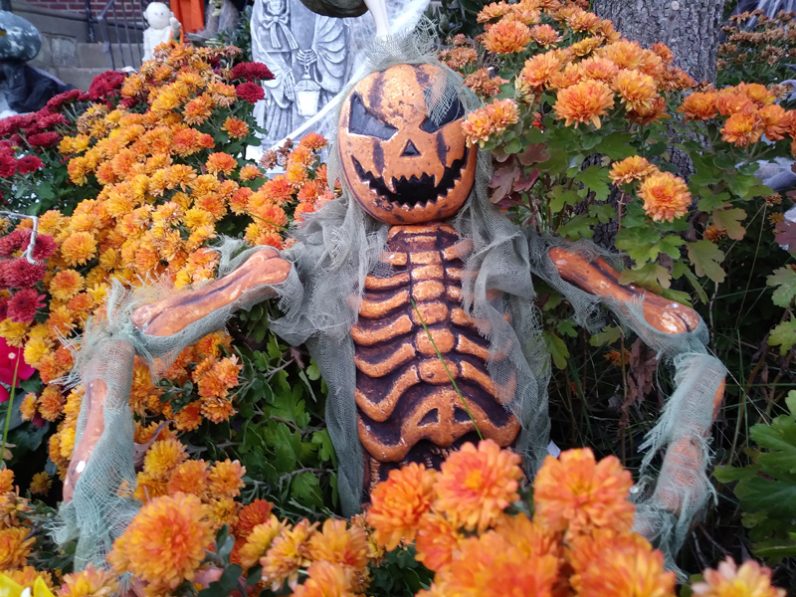 A Halloween display decorates a home in Northeast Philadelphia.

If you’re seeing more bats and spiders than ever this October, you’re not alone.

According to a recent report by the National Retail Federation (NRF), Americans will spend a record $9.1 billion this year on Halloween candy, decorations, costumes and cards — an increase of 8.3 percent over last year.

Even pets are invited to the party: 16 percent of those surveyed by the NRF plan to dress up their animal companions for the occasion.

How did this strange observance — a blend of the scary, the silly and the sugary — get started?

(Listen to our CatholicPhilly.com podcast on this story.)

Many historians believe that Halloween derives from the pre-Christian Celtic festival of Samhain, during which the dead were believed to return to earth. Since it fell on Oct. 31, Samhain was gradually transformed into All Hallows’ Eve, the night that preceded the feast of All Saints, designated as Nov. 1 by the medieval Catholic Church.

Irish immigrants are generally credited with bringing Halloween traditions to the United States, and since the mid-19th century, the holiday has steadily developed into the retail juggernaut it is today.

Despite it commercialism, Halloween remains tricky for some — from both psychological and spiritual perspectives.

Clark spent three years conducting fieldwork on Halloween celebrations, and found that “seeing kids dressed in adult-like costumes during the waning days of autumn serves to lighten the meaning of deadly, dreaded themes for adults.”

In her research, Clark also discovered that for children ages 7 and younger, “Halloween is a more literal, more fearful confrontation with mortality than many adults admit.”

With its pagan roots and sinister overtones, Halloween leaves many Christians scratching their heads. Should believers in Jesus Christ celebrate a holiday fraught with such tensions?

According to Father Steve Grunow, CEO and executive producer of Word on Fire Catholic Ministries, the answer is yes — with a twist.

“They should, but they should do it in a way that is distinctive, that shows this is a particularly Catholic celebration of an extraordinary Catholic event,” said Father Grunow, who has written about the holiday for Word on Fire’s blog. “Halloween is the precursor to two great celebrations: All Saints’ Day and All Souls’ Day. So how we celebrate Halloween as Catholics is important.”

(See a related story: Halloween and the Catholic Church: From holy to scary to pricey)

By keeping the focus on the two feasts that Halloween anticipates, revelers can have fun without endorsing the holiday’s darker aspects. 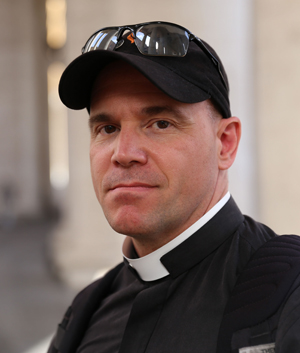 In fact, the NRF’s report shows a decline in the creepier costumes favored in previous years. The top disguises for children are now superheroes, princesses and animals.

“I think that parents are taking more responsibility for the celebration itself,” Father Grunow said. “And they’re seeing those kind of macabre and ridiculous elements as being something that’s really inappropriate, and they’re trying to reclaim the holiday as something for kids.”

Halloween’s popularity also presents a unique opportunity for Catholics to share their faith with non-believers.

“One of the first things we can do on Halloween night is to keep our churches brightly lit and open, with events going on,” Father Grunow said. “Halloween in the culture is a great event, and our neighborhood parishes should be open and active then.”

(Listen to an interview with Father Steve Grunow, CEO of Word on Fire Catholic Ministries, about how Catholics can best celebrate Halloween.)

Parishes can engage their communities by having 24-hour eucharistic adoration, music, worship and processions, which will enable them to “recapture Halloween as a religious event,” he said.

Father Grunow, who works with Bishop Robert Barron at Word on Fire, already has plans for the holiday.

“Since Bishop Barron is going to be away during this period of time, I’ve been assigned the door at his residence,” he said. “So I’m going to be passing out candy to the trick-or-treaters in my clerical collar.

“That doesn’t count as a costume, does it?”