Regrouping late in the match, Merion Mercy ekes out a win 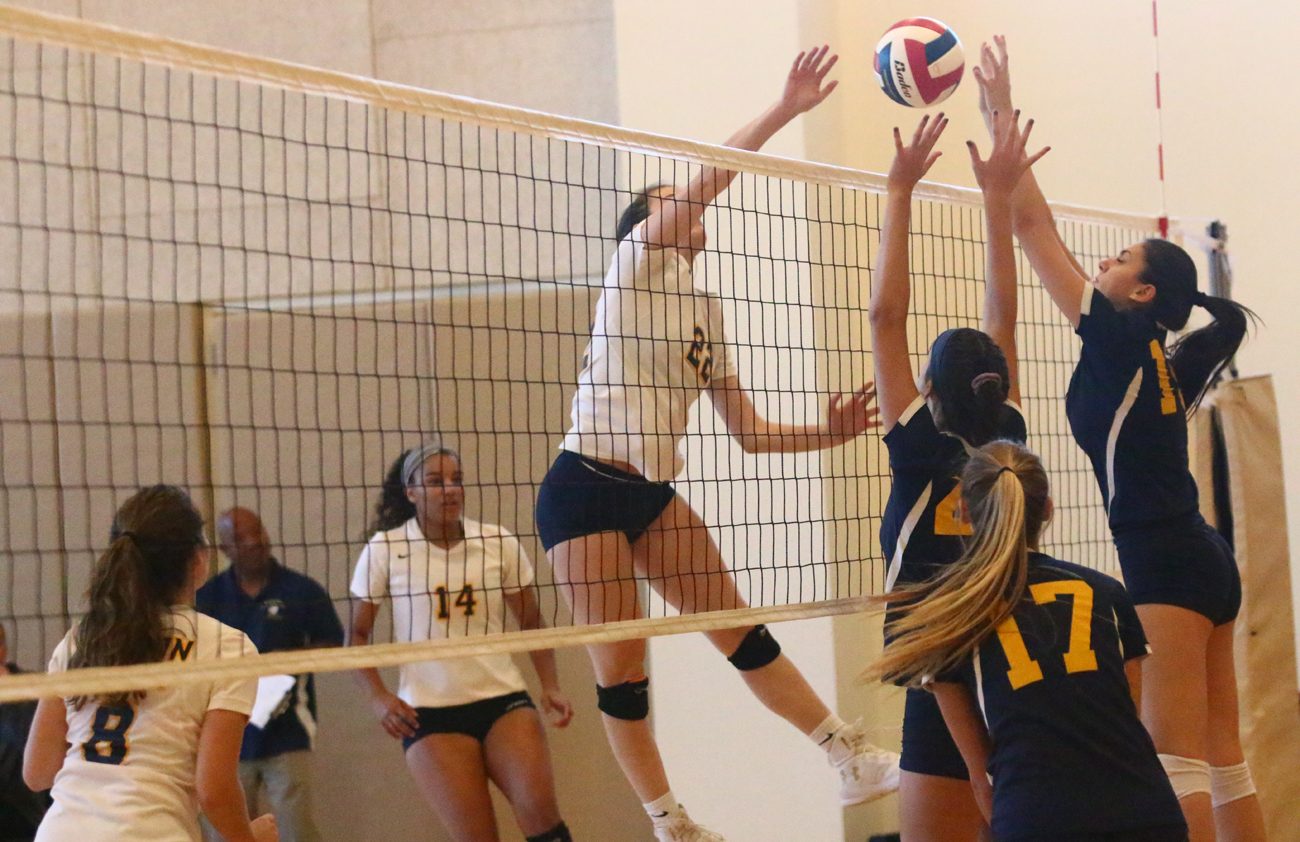 It came down to the very end when the Merion Mercy Academy Golden Bears called a timeout with a 14-13 lead late in the fifth game of the match Sept. 29 against the visiting Pope John Paul II Panthers. That turned out to be the right call at the right time as Merion Mercy got the one final point they needed and edged Pope John Paul, 3-2.

“The time out calmed them down,” said Merion Mercy head coach Jolen Aldaya. “We knew we could do this. We play with confidence.”

Merion Mercy finished with scores of 14-25, 25-17, 25-19, 21-25 and 15-13. The non-league match had been tight all the way as both teams played well on offense and defense. Home court advantage in a brand new facility helped the Golden Bears emerge victorious on the day.

(See a photo gallery from the match in Photo Features.)

“Both teams defended really well,” said Aldaya. “Being home in a new gym gave us the extra edge.”

Merion Mercy improved its overall record to 11-1 on the season with the win. Pope John Paul dropped to 10-2. Leading the way on defense for the Panthers was Simone Sparano with 25 digs.

“We had a good server,” said Pope John Paul head coach Ryan Sell. “She put pressure on them.”

Jordyn Young (41 digs) highlighted the Golden Bears defense. She could not have done it without her teammates.

“The team works together,” she said. “It makes it easier for me to do my job.”

After two games, Merion was ahead, 2-1. The Golden Bears were vying to get the win in the fourth game but the Panthers came roaring back. Late in the game they held a close 22-19 lead and, after a time out, captured three of the next five points. They grabbed the game and forced a fifth and decisive frame.

The final game again was close, with never more than a three-point gap in the score. Merion held its largest lead of the game at 14-11, but a time out by the Panthers helped them cut it to 14-13 before the Golden Bears took the time out they needed to seal the win.

“Time outs were important,” said Young. “We needed to settle down, pass, set and kill.”

“We settled down in the end and worked on the basics and some different kinds of sets,” said Pizzi. “It’s all about trusting your teammates.”

“I think Pope John Paul was out biggest competition along with Villa Maria,” said Pizzi. “We’re set for the rest of the season.”