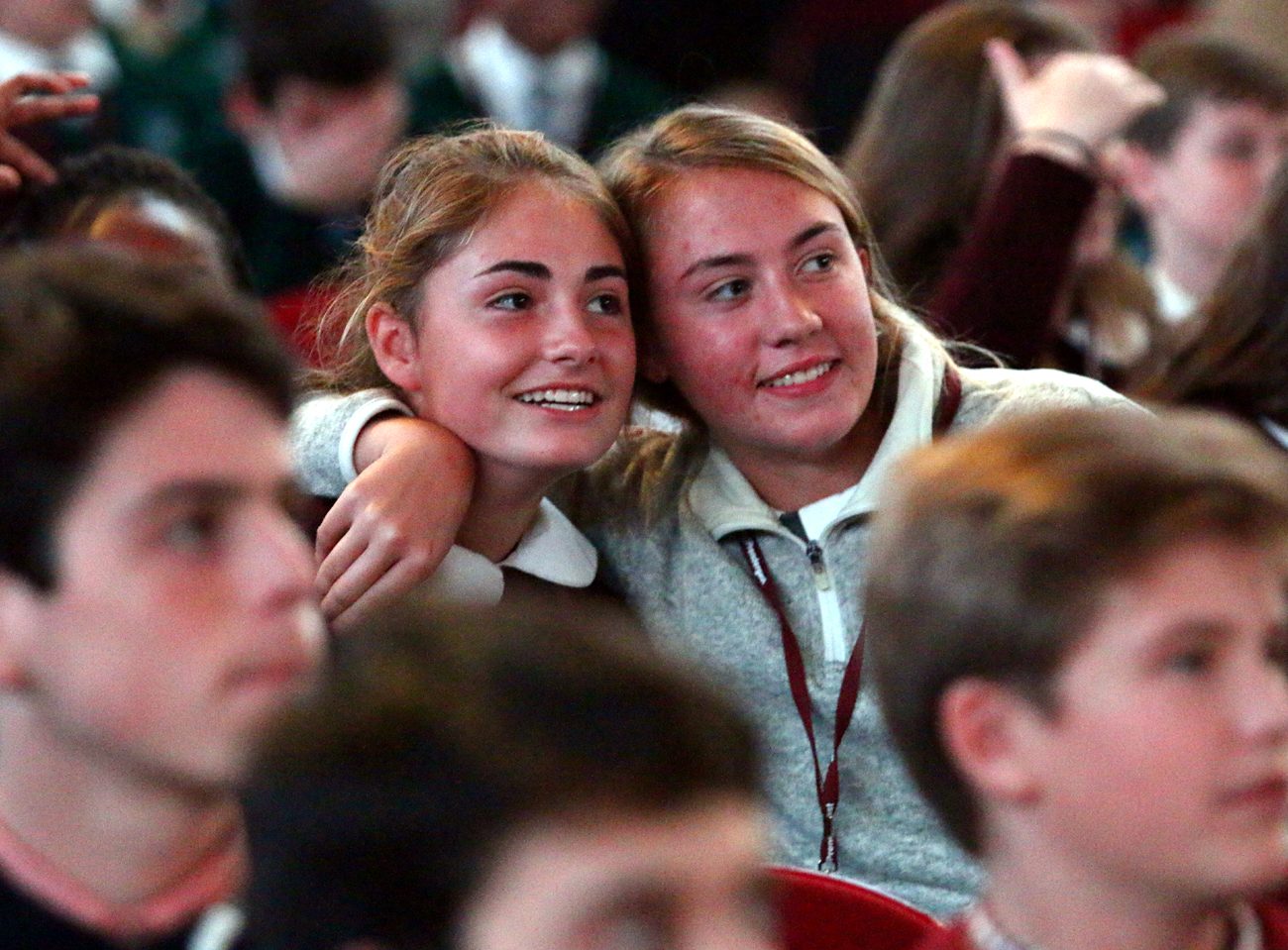 Six thousand freshmen and sophomores from the 17 archdiocesan high schools and four private Catholic secondary schools in the Philadelphia Archdiocese got to go to college (sort of) for a half-day on Monday, Sept. 30 at Temple University’s Liacouras Center.

The occasion was Metanoia (“conversion” in Greek), a mini-retreat and a repeat from last year except twice as big because then it was only for high school sophomores.

(View a photo gallery of scenes from the retreat.)

Archbishop Charles Chaput got the ball rolling through opening remarks in the form of questions and answers with Father Christopher Walsh who was the master of ceremonies for the day.

“What I hope you understand is that we in the Catholic Church in Philadelphia take you, every one of you, seriously,” the archbishop told his audience. “It is because God takes you seriously. He loves you and created you just as you are. Our response to that is to take ourselves seriously and our lives seriously and what we do will make all the difference in the world.”

Part of the programs was peer (or near peer) testimony given by seniors from Lansdale Catholic High School and Msgr. Bonner and Archbishop Prendergast High School.

Rose Stella of Lansdale Catholic spoke of a crisis in her faith when her brother became seriously ill with cancer and she was angry with God. Nevertheless through prayer, especially the rosary, her anger passed and her brother recovered. “It was a gift from God I will always cherish,” she said. “Keep your eye on Jesus, he is always present and he will always love you.”

Elrid Serrao of Bonner-Prendie spoke of his own past challenge: a fear of public speaking. Through prayer and courage, here he was speaking before a huge audience.

“Believe in the God who believes in you,” he advised. “Take that leap as  I did. There will come a day when there is a challenge you do not understand, a decision to make or a friend who needs your help. On that day God will send you a blessing to overcome that challenge.”

Others featured at the event were Catholic motivational speaker Mike Patin and Christian recording artist Ike Ndola from Louisiana who has been making the rounds in Philadelphia these past few weeks.

Father Stephen DeLacy, the director of the Vocation Office for Diocesan Priesthood, presided over the closing eucharistic adoration service. He also gave his personal testimony and spoke of following false gods, including basketball, before discovering the need to place Jesus at the center of his life.

“Only our Lord satisfies our deepest yearning and hungers,” he said. “Jesus is the answer to all your challenges. Jesus will fulfill all your desires.”

Like Serrao, he admitted a fear of public speaking all the way through college and it wasn’t until he was a seminarian, scheduled to go out as do all seminarians, to speak before the seminary collection at an archdiocesan parish. He thought there was a real chance it would be a disaster and end his seminary career.

Through prayer it went fine, although he did not say how much money was collected.

A final touch during the procession of the Eucharist to the altar was the thousands of stars provided by the students in the darkened hall thanks to their cell phones. After all, Jesus is the ultimate rock star.

Metanoia 2017 was made possible through a grant from the Archdiocesan Educational Fund founded by the late Matthew H. McCloskey. 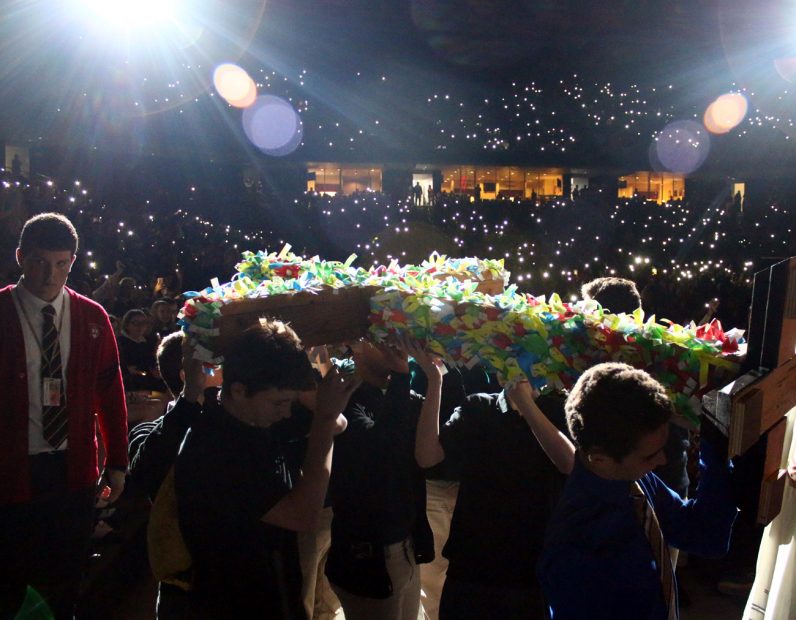 A cross to which written prayer petitions are affixed is carried through the Liacouras Center, lit up by the cellphone screens of the thousands of participants at Metanoia.

PREVIOUS: All Catholics asked to offer special prayers on World Day of the Poor

NEXT: Week’s events help all Catholics to encourage vocations