Indian Catholic men play day of hoops for fun, and a good cause 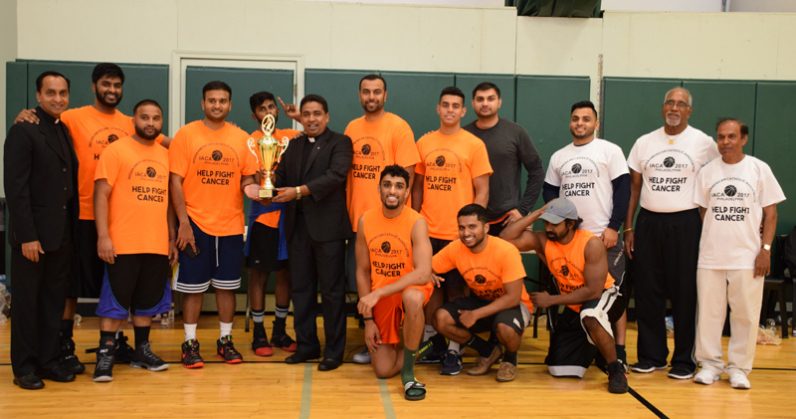 Father Renny Kattel (center) presents the championship trophy for the basketball tournament of the Indian American Catholic Association to the St. Thomas Syro-Malabar team of Philadelphia.

Six teams of 54 Indian Catholic players representing their Syro-Malabar, Latin and Knanaya Catholic communities from their home areas competed at the Northeast Racquet Club on Oct. 28. In addition to basketball, the tourney raised funds to help eradicate cancer.

Andrew Kannadan and Xavier Moozhikattu coordinated the successful event which players said they are looking forward to competing in again next year. 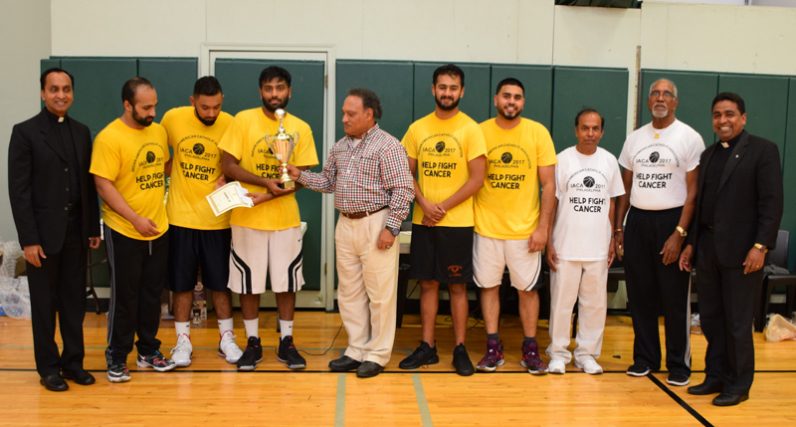