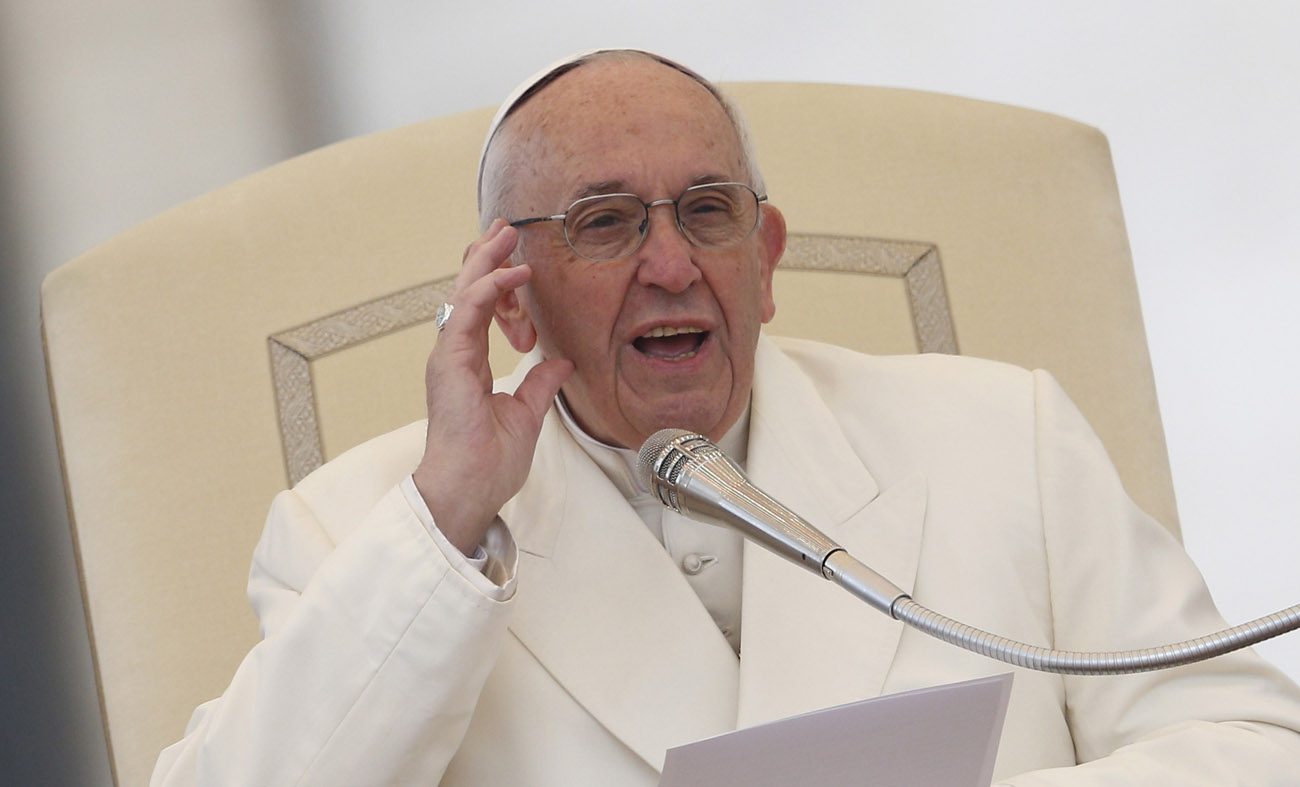 For that reason, the prescribed texts should never be skipped or substituted during the Mass, lectors should read clearly and people should always listen with an open heart so that the words may eventually bear fruit in good deeds, the pope said at his weekly general audience Jan. 31.

Continuing his series of audience talks on the Mass, Pope Francis spoke about the Liturgy of the Word and the importance of listening to the Bible readings at Mass.

“In the Liturgy of the Word, in fact, the pages of the Bible stop being something written and become the living word, delivered by God himself,” the pope said.

As the readings are proclaimed, people in the pews should be silent and receptive, opening their hearts and minds to what is being said, not looking around or making small talk and criticizing what other people are wearing, he said.

“We have to listen, open our hearts, because it is God himself who is speaking to us. So don’t think about other things or talk about something else. Understood?” he asked the thousands of people gathered in St. Peter’s Square.

“We need to listen! It is a question of life,” he said, because as Jesus told the devil in the desert, “one does not live by bread alone, but by every word that comes forth from the mouth of God.”

People can receive spiritual nourishment from the “table” of God’s word, which is abundant and “rich” in so many biblical offerings, he said.

It is obvious then why “some subjective choices” are forbidden — such as omitting the prescribed readings or substituting them with nonbiblical texts, for example, like the newspaper for bringing up a current event, he said.

Substituting God’s word with something else “impoverishes and compromises the dialogue between God and his people in prayer,” the pope said, while sticking with the prescribed readings expresses and fosters ecclesial communion, helping everyone on their journey together.

The pope also insisted on choosing lectors who are well-prepared and speak clearly, not people who garble their words “and no one can understand a thing.”

“The Lord’s word is an indispensable aid for not getting lost,” he said. It is, as the psalmist says, “a lamp for my feet, a light for my path.”

“How can we tackle our earthly pilgrimage, with its trials and tribulations, without being regularly nourished and enlightened by the Word of God that rings out in the liturgy,” the pope asked.

Also, he said, listening to God’s word requires much more than one’s ears. It must go from the ears, to the heart and then to the hands, resulting in good works in the world, he said.

“It’s necessary to have an open heart to receive the word,” Pope Francis said. “God speaks and we turn to him to listen so as to then put into practice what we have heard.”

PREVIOUS: The Eucharist, ‘the sum of our faith,’ draws us into the heart of Christ

NEXT: Readings of the Holy Mass – Fifth Sunday in Ordinary Time