Discernment begins in the everyday 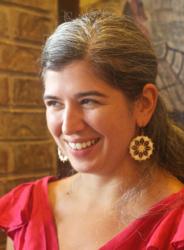 The cold invigorated my friend and I as we walked quad by quad through campus after an evening Mass. The first snow had fallen a few days before, and the remnants of its remains glistened in the night sky. We were seniors, engaging in another round of What-We-Should-Do-With-Our-Lives.

Conversation touched on our friends: Would she go to med school? Will he become a priest? Are they going to get married? We were hopeful, as we discussed the shape of our futures. I would move home, work a boring job and write.

A year later, back in my hometown where few of my high school friends still lived, I was lonely. My job was a little too boring, and my head was filled with existential questions about the future. (None of which was conducive to decent writing.)

Like many young adults, I felt unmoored: Should I apply to graduate school? If so, in what? Should I move to this city with that friend, or that city where my brother lived? Was there anyone who needed me?

My parents, who married at age 21, had little guidance from personal experience. They made those decisions together. Friends either married young like my parents or were as unsure as I was about what the future held.

Finally, I decided to let the questions lie. I would just live my daily life as well as I could: doing what I had to do well, giving to others and caring for my physical and spiritual health. I would not think about if or where I should move; graduate programs and job listings were verboten. I began “to put some order in (my) life and priorities,” as written in the preparatory document for the Synod of Bishops on “Young People, Faith and Vocational Discernment.”

At the heart of the vocational question, “What am I to do?” is an existential one, “What am I here for and who am I?” as Father Julian Carron points out in a 2010 address to students. The Catechism of the Catholic Church’s answer — to know, love and serve God — is a good starting point. This purpose gives shape to our daily tasks and a path for the future.

As simple as my focus was, it was “an exercise in discernment and a reinforcement in life’s orientation in making very important decisions,” as the preparatory document states.

Even though every decision I made was small — how to use this hour of this day — it helped me to grow in my ability to discern. No longer trying to decide about the distant future, I got my head out of the clouds and focused on where God was leading me today. Doing so opened a path for me, as I was led simply to the next step without knowing where the path would ultimately lead.

I began teaching, and the love I longed to give had a concrete object in my students that motivated me to teach them well. The questions about where I should move disappeared, so I ascertained that I shouldn’t.

A sense of peace descended, even amid the existential loneliness of single adulthood. I knew God was present where I was, and that he would continue to lead me to the next step along the path. I needn’t worry where the path lead, for it would be good.

Join the conversation. Submit a proposal for a guest column to inlightoffaith@catholicnews.com.

Anamaria Scaperlanda Biddick is a freelance journalist living in Oklahoma City. She is a guest columnist for the Catholic News Service column “In Light of Faith.”

PREVIOUS: Where gladness and hunger meet is where God is calling you

NEXT: National Migration Week: A reminder of our duty to welcome the stranger