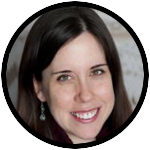 I had forgotten the story until my dad reminded me.

One Sunday after Mass when I was 13 years old, I told my dad that I wasn’t sure if I believed that Jesus was really in the Eucharist.

How could that be? It made no sense.

If memory serves, I was fresh off the confirmation retreat. Maybe I was being honest about uncertainty. Maybe I wanted to push my dad’s buttons.

But my dad didn’t judge. He heard me out. He listened to my doubt.

Decades later, I’m impressed by the way in which he tells me this story. He doesn’t trivialize it as teenage angst. He doesn’t dismiss it as weak faith.

He points to it as a sign that I’ve wanted to wrestle with big questions for my whole life.

I remember many times my dad and I have talked about faith. Connections we delighted to share. Conflicts we couldn’t resolve. Tough subjects we had to leave at the kitchen table.

As a parent, I hope to hold my children’s faith and doubt with as much respect as my dad did. He and I disagree on plenty, but we still meet on what matters most: refusing to give up on life’s mysteries.

Each person has a different relationship to doubt. Some fear it. Others accept it. A few get lost in it.

But I have a hunch that most of us, if given a safe space to share our deepest questions, would admit to holding doubts alongside faith and wrestling forever between the two.

When Pope Francis spoke about doubt in 2016, he said, “I have many. … Of course, everyone has doubts at times! Doubts that touch the faith, in a positive way, are a sign that we want to know better and more fully God, Jesus and the mystery of his love for us. … These are doubts that bring about growth! It is good, therefore, that we ask questions about our faith, because in this way we are pushed to deepen it.”

I hope that my children will grow into a life of faith. But I know I cannot guarantee anything, despite my best efforts.

All I can do is keep trying, keep praying and keep listening to them.

My children are small, but their questions are big. Why did Jesus have to die? Why does God let there be poor people? Why do we have to go to church? How did God make the world?

I’m still deepening my faith around the same questions.

In his “Introduction to Christianity,” then-Cardinal Joseph Ratzinger wrote that doubt “could become the avenue of communication” between those who believe and those who struggle.

When we yearn to reach out to family or friends, we might be inspired to see doubt not as a roadblock, but as the road we share.

We can’t force faith on anyone. We might suspect the world would be a better place if we could, but it would be quite the terrifying opposite.

Decades after that conversation with my dad, the Eucharist has become the heart of my faith, the mystery that anchors Mass as the center of my life. But this change happened slowly.

Pushing back against the darkness, a seed unfurls in its own time. We cannot hurry growth’s becoming.

My dad and I have been talking about faith for nearly 40 years now. We could not be more different, he with his worn Latin missal in hand, me with curiosity spilling over to each new question.

But we’ve never given up on each other. I pray for my children that faith and doubt will do the same.

***
Fanucci is a mother, writer and director of a project on vocation at the Collegeville Institute in Collegeville, Minnesota. She is the author of several books, including “Everyday Sacrament: The Messy Grace of Parenting,” and blogs at www.motheringspirit.com.

PREVIOUS: The perils faced by all living creatures today

NEXT: Reaching young people who have left the church