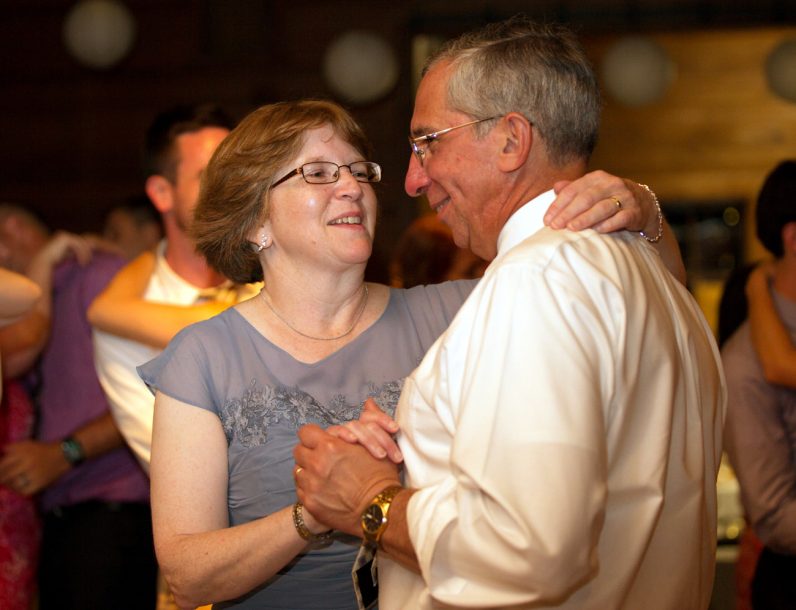 When Tom and Julie Gennaro, who are members of Our Lady Help of Christians Parish in Abington, attended a talk about Worldwide Marriage Encounter in 2009 they could not possibly imagine where it would lead.

They really were attending it by invitation from friends who were leading the meeting. At that point they were in their third decade of marriage. Their children, Tom, Ann and Paul were well along in adulthood or nearly so.

Tom and Julie both have careers in engineering and they really didn’t see any deep problems in their marriage.

One thing leads to another. At a raffle after the talk they won a free weekend Encounter, which is a retreat for married couples.

As Julie recalls, “We didn’t think we needed it, our marriage was going well. We had good days and bad days, dealing with joys and other things. But we thought, well, we won it and it is a weekend away. We had no idea what we were getting into and what an impact it would have on our relationship.”

It turned out that weekend encounter at St. Mary of Providence Spirituality Center in Elverson was for the Gennaros a life-changing retreat, in a positive way. Now they are the lay leaders for Marriage Encounter in the Philadelphia Archdiocese.

“I think the biggest thing we learned was rather than focus on facts when you communicate with your spouse you should focus on feelings,” Julie said. “We were overwhelmed with the impact it had on us in connecting with each other.”

“It increased the joy in our marriage and brought us closer together,” Tom said.

Worldwide Marriage Encounter, a Catholic lay organization, traces back to 1952 in Spain where Father Gabriel Calvo developed a series of conferences for married couples to help them develop an open and honest relationship within marriage, a sacramental relationship with service to others.

Within a few years the idea of weekend retreats emerged and slowly the movement spread to other countries. While Worldwide Marriage Encounter is celebrating its 50th anniversary in the United States this year, the first Encounter Weekend in the United States was at Notre Dame University for seven couples in 1967. It really began to take off from there and the next year 50 couples and 29 priests were presenting Encounters throughout the United States.

In Philadelphia, Marriage Encounter works closely with the archdiocesan Office for Life and Family, and Father Tom Morris, O.S.S.T., is the priest-member of the Ecclesial Team.

Tom emphasizes and Julie agrees that Marriage Encounter does not take the place of professional counselling for seriously troubled marriages. “It is a marriage enrichment program to make good marriages even better,” he said.

The format of a Marriage Encounter weekend is in some aspects similar to a typical weekend religious retreat. Although the movement is Catholic in origin, the idea has also been adopted on a lesser scale by other denominations.

A Catholic presentation includes the usual staples of a spiritual retreat with scheduled Mass, opportunities for the sacrament of reconciliation and talks by a priest. The core of it, however, is really the testimony of experienced couples like Tom and Julie.

Usually there are three presenting couples at an encounter. Although they follow a template, they tailor the presentation to their personal experience in marriage and how Marriage Encounter has impacted them.

“We tell people not to focus on other couples during the weekend,” Julie said. “It is all about you and getting to know your spouse better by the end of the weekend. When we did our weekend in 2009 we were married 26 or 27 years.”

Typically there are about three presenting couples and 15-20 attending couples.

The presenting couples share their experiences and “they have different experiences,” Julie observed.

While those attending do interact with the presenters, they generally do not interact much with other attending couples because the focus is on taking what a couple has learned from the presentations and discussing it with each other.

There is no specific age for Marriage Encounter, and Julie and Tom have seen everything from practically newlyweds to seniors making an Encounter.

“Anytime is OK, but I think it is better if you were married for a few years before making an Encounter because you can put in context what you are learning,” Tom said.

“I wish we had done it sooner, but we would not have appreciated it if we had done it too soon before we had gone through the challenges of marriage,” Julie said.

Encounter is a one-time experience although some who have gone through the process meet informally from time to time.

Becoming a presenter at Marriage Encounter is by invitation; Julie and Tom were invited to become presenters after their own Encounter and did so after an extensive training period.

NEXT: Take a moment to learn more for your marriage