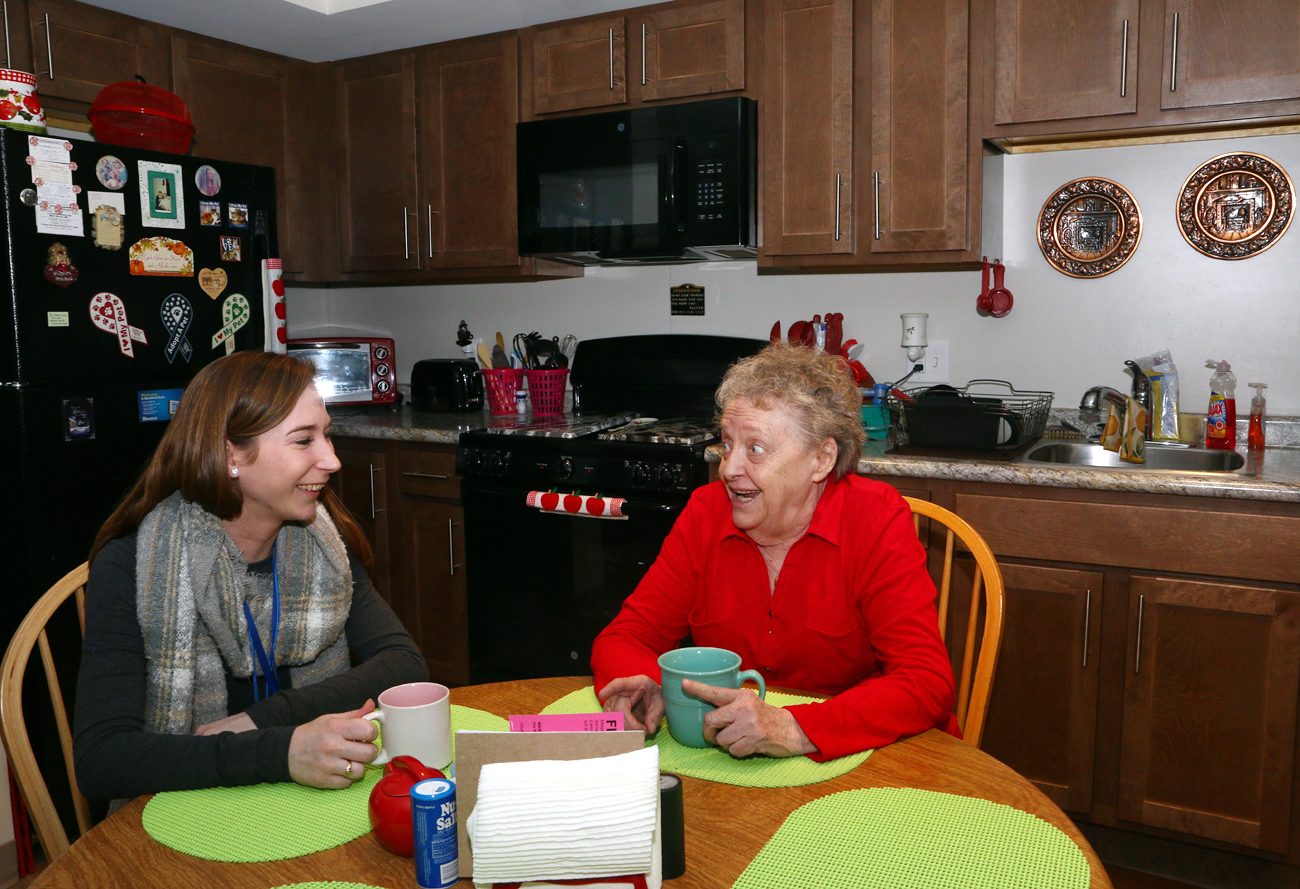 For years, Jeanette had been a caregiver — shopping, cleaning and running errands for others, including her sister, with whom she lived.

But when her sister died two years ago, the 70-year-old found herself “a prisoner in her own home,” said Msgr. Paul Kennedy, pastor of St. Katherine of Siena Parish in Northeast Philadelphia, where Jeanette (who wished to withhold her full name) was a longtime member.

As she began to miss Mass and other activities, Msgr. Kennedy made sure that Jeanette was still “on the radar” through regular home visits. Volunteers from the parish’s Society of St. Vincent de Paul chapter stopped by to offer companionship, household help and modest financial assistance.

Jeanette’s journey from one end of the city to the other took a few years — and many helping hands.

Helen Black, a St. Vincent de Paul volunteer who checked on Jeanette, admitted that finding a housing solution for her fellow parishioner was an overwhelming prospect.

“I didn’t know if we could do enough, or if we were doing too much,” she said.

However, thanks to an array of resources — including Joy Lombardi, a CHCS social worker — Black and her fellow volunteers “never felt alone.”

A trained gerontologist, Lombardi worked as an elder care manager at both St. Katherine of Siena and St. Dominic parishes. 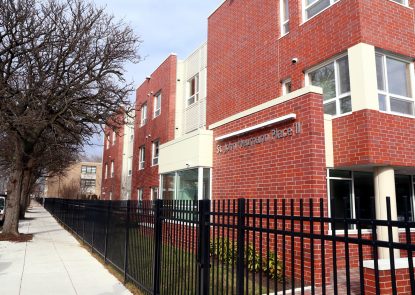 CHCS helps to fund such positions in 15 parishes throughout the archdiocese. Last year the agency connected more than 1,100 area seniors with a continuum of support, including housing, activity centers, care management, in-home assistance, adult day care, clubs and an elder care helpline.

After learning about Jeanette’s situation, Lombardi conducted a detailed assessment, and recommended that Jeanette apply to SJNP II, which opened last fall.

“It was a big change,” admits Jeanette, who moved into her new apartment in October 2017. “I’d been in Northeast Philadelphia for over 50 years. But the people here are very friendly, and the staff has been tremendous.”

In total, the CHCS facilities house over 260 low-income seniors, with rental fees scaled to accommodate residents’ resources. At St. John Neumann Place II, seniors aged 62 and older pay 30 percent of their income in rent, which includes all utilities except electricity.

As in Jeanette’s case, the process of creating affordable senior housing is a collaborative effort. Funding for the structures is assembled from local, state and federal partners consisting of tax credits, community development grants, federal home loan banks and local financial institutions.

The project received $12 million from the Pennsylvania Housing Finance Agency plus assistance from the Philadelphia Housing Authority in the form of project based vouchers through the U.S. Department of Housing and Urban Development. 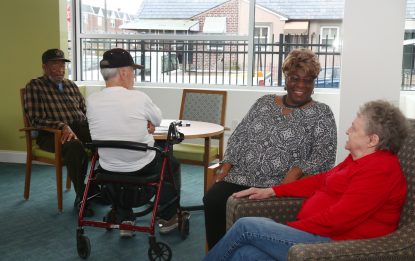 “It really is the greatest example of public-private partnerships that work,” said John Wagner, deputy secretary and CEO of CHCS. “You have the church, you have the city, you have the state … you have equity partners. You put all that together, and what comes out of that is a facility like this that will serve this community.”

Wagner stressed that the housing benefits not only the senior residents, but also the surrounding area.

“These projects are transformational for neighborhoods,” he said. “Home equity is built up because of the infusion of investment.”

The facilities also strengthen additional partnerships between CHCS and the wider community, especially as CHCS strives to tailor its services to a culturally diverse population of seniors.

“We connect with community resources so that we’re communicating with folks of different cultures and languages, and meeting their needs properly,” said Heather Huot, CHCS’s assistant director of parish and housing services.

For example, Huot works closely with the Philadelphia Chinatown Development Corporation to address a lack of affordable housing for the seniors it serves.

“We’re always in communication with them about when we have a new building ready,” Huot said.

Another example of the partnership represented by the senior housing projects is that property management is handled not by archdiocesan workers, but through Presby’s Inspired Life, a non-profit organization of the Presbyterian Church.

All the CHCS properties managed by Presby’s are open to seniors of all backgrounds regardless of race or faith tradition.

With the nation’s senior population expected to double to 88 million by 2050, the demand for affordable senior housing will only increase, and each of CHCS’s senior housing centers has a waiting list.

Msgr. Kennedy believes the church has a mission to expand its care for seniors.

“These are the people who educated their children, and really built up and sustained the church,” he said. “Now we want to be able to offer something to them.”

Having settled into her new home, Jeanette already has plans.

“I’d like to contribute by starting a Catholic reading library and a rosary group,” she said. “I have dignity here,” she added, smiling. “I have something in store for them.” 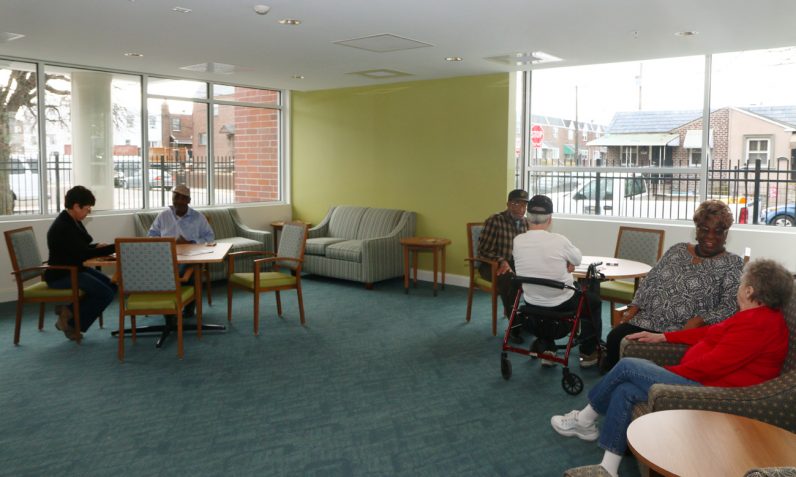