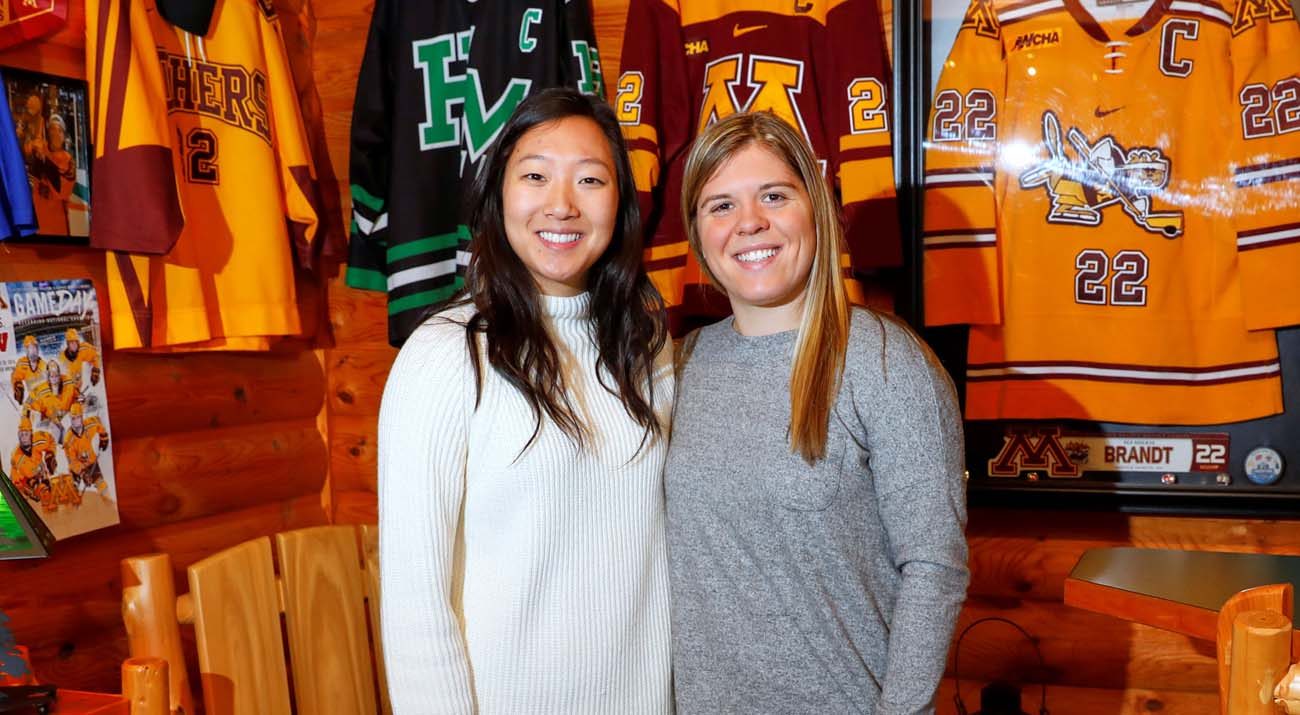 Hannah Brandt poses with her adopted sister Marissa, left, on Christmas day in 2017 at the family home in St. Paul, Minn. The Catholic siblings participated in the 2018 Winter Olympics on separate ice hockey teams. Hannah Brandt played for the U.S. and Marissa Brandt for the combined Koreas. (CNS photo/Adam Bettcher, Reuters)

UPDATED – ST. PAUL, Minn. (CNS) — Few schools can claim an Olympic athlete among their alumni base.

Even fewer schools have more than one, especially from the same family. But Hill-Murray High School in Maplewood and St. Odilia School in Shoreview — both Catholic schools — are proud to make this claim.

Hannah Brandt, a recent standout with the University of Minnesota women’s hockey team, is a forward for the U.S. Olympic team, which won the gold medal Feb. 22 in Pyeongchang. Team USA beat Canada, 3-2, in a  shootout, capturing its first gold since 1998.

Marissa Brandt, who was adopted as a baby from South Korea, used her birth name, Park-Yoon Jung, for the Olympics and plays defense for the combined Koreas, which lost 8-0 to Switzerland Feb. 10.

Hill-Murray and St. Odilia recognized the sisters’ achievements in the weeks leading up to the games. The St. Odilia school office has a display of the Brandts’ successes.

Brian Ragatz, St. Odilia principal, said students are encouraged knowing that these athletes sat in the same desks as they do. He said it “really inspires them a little bit more to go out and reach their goal, because it seems a little bit more attainable.”

Students at Hill-Murray held a red, white and blue dress-up day during National Catholic Schools Week. They wore the colors to raise funds for parents of Olympians to attend the games.

Hill-Murray had T-shirts and sweatshirts made to celebrate the Brandts. The school will also televise their games in the commons area. 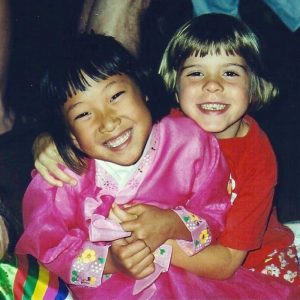 Principal Erin Herman said the Brandt sisters excelled on and off the ice in high school.

“Not only are they great athletes, both Hannah and Marissa were outstanding students and all-around wonderful young women,” Herman said. “They are both humble and kind; you would not have known they were Olympic athletes when you met them in the hall.”

At St. Odilia, music teacher Carrie Northrop told the elementary school students about the schools’ two Olympians, whom she taught.

“This had been a goal of Hannah’s since she was a little girl. This was something she talked about when she was going through elementary school,” Northrop said.

Northrop said Marissa Brandt originally was more of a figure skater but chose hockey because of her closeness to her sister. Marissa Brandt had a standout career at Gustavus Adolphus College in St. Peter before making the Korean team.

NEXT: Carroll goalie turns away 73 shots, freezes 3-3 tie with Bonner