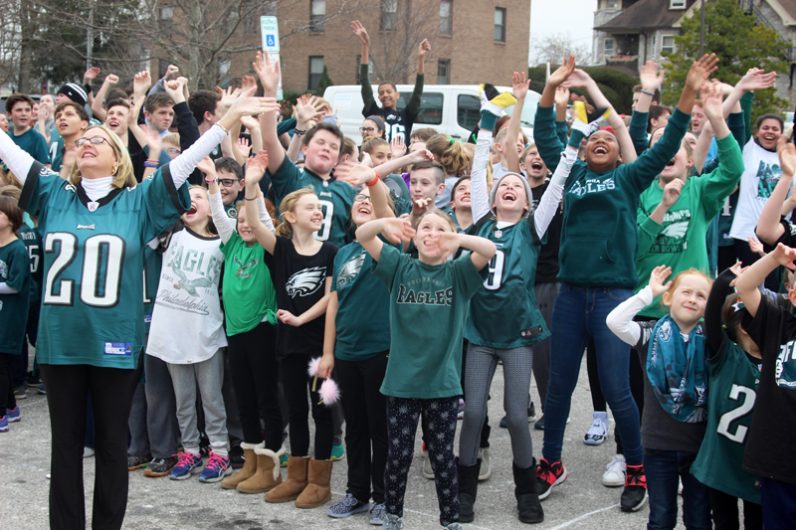 Students and faculty of St. Genevieve School, Flourtown, get caught up in the Eagles’ excitement before the Super Bowl on Sunday.

Catholic school students joined millions of people across the Philadelphia region before the Philadelphia Eagles take on the New England Patriots Sunday, Feb. 4 in Super Bowl LII. In addition to the video below from St. Mary School, Flourtown during a pep rally Feb. 2 and photos here from a similar rally at St. Genevieve School, Flourtown on Feb. 1, Archbishop Carroll High School reports a link between the Eagles and Pope Francis.

Do you have an Eagles-related story, photo or video you’d like to share? Send it to editor@catholicphilly.com and we’ll post it — perhaps before the Eagles Super Bowl championship parade down Broad Street in Philadelphia.

(Watch the video of Father Louis Bellopede, pastor of St. Mary Parish in Schwenskville, leading the children of his school in “Fly Eagles Fly,” with an assist by seminarian Nick Bruno.) 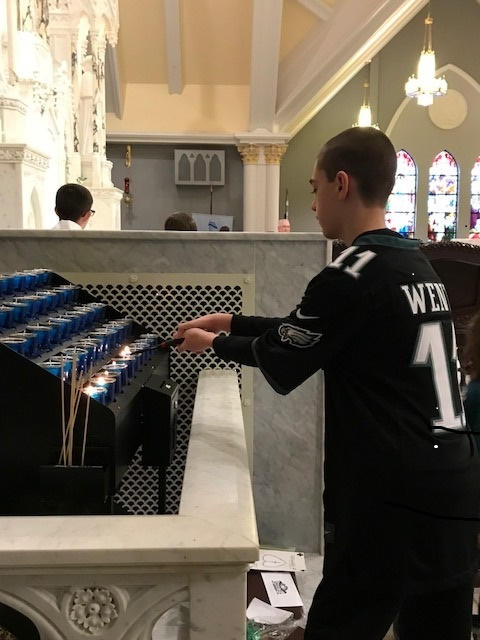 At St. Theresa of Calcutta Church in Limerick, students of the parish education center prayed during Mass and lit candles afterward for a safe Super Bowl — and an Eagles win. 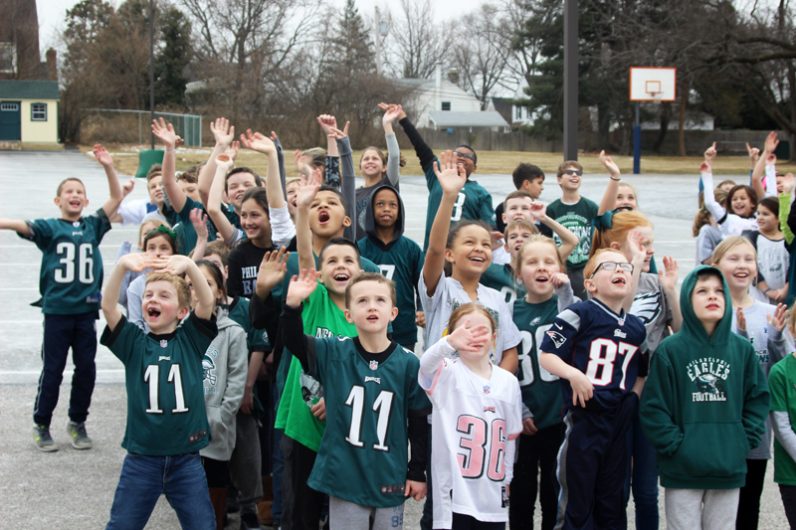 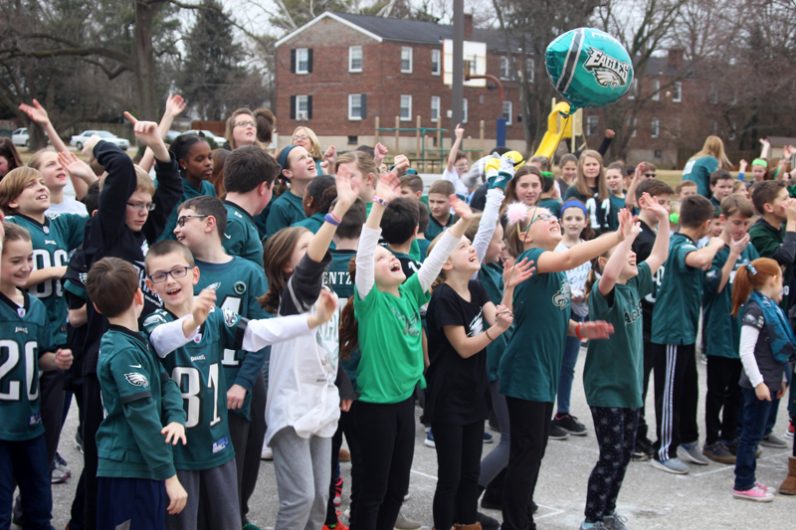 NEXT: Rice Bowl returns for Lent with local benefit