Forgiving others requires help from the Holy Spirit, pope says 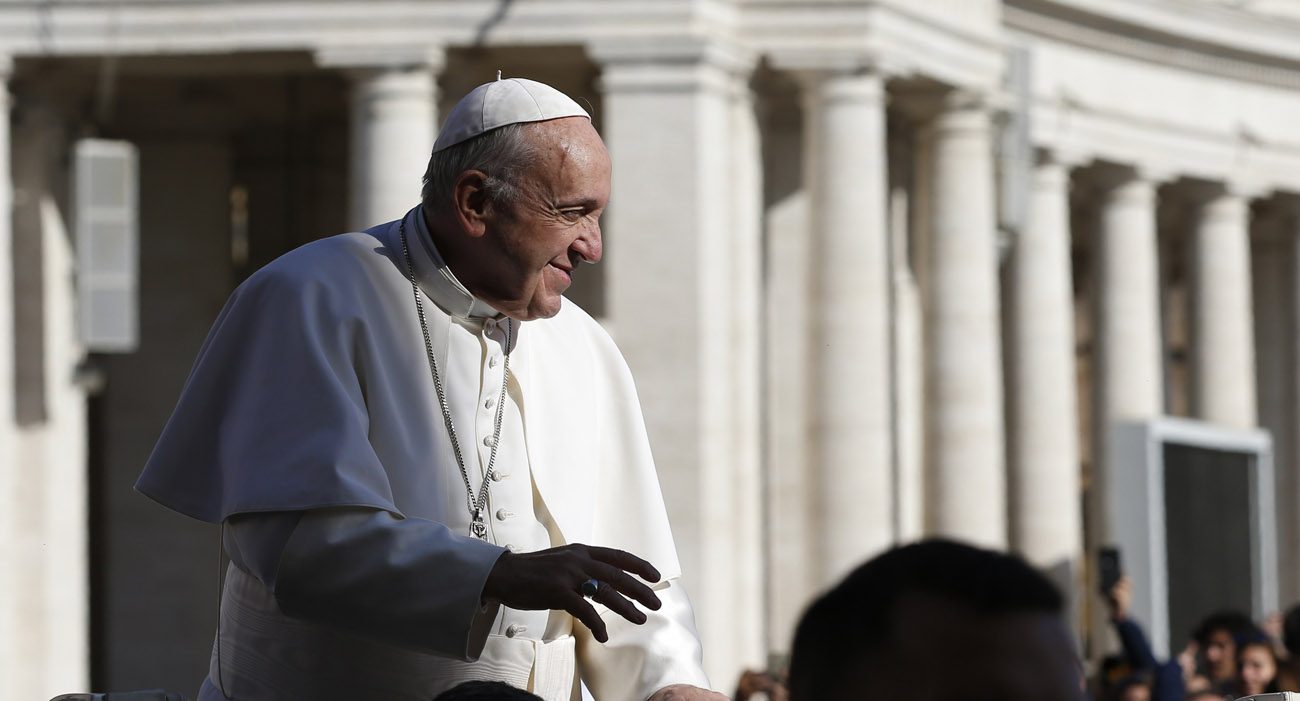 Pope Francis greets the crowd during his general audience in St. Peter's Square at the Vatican March 14. (CNS photo/Paul Haring)

VATICAN CITY (CNS) — Forgiving those who have caused pain or offense is not easy, Pope Francis said.

“It is a grace that we have to ask for,” because the peace offered by Christ cannot take root in a heart that is incapable of living in fraternity with others and incapable of rebuilding those bonds after being wounded, the pope said at his weekly general audience at the Vatican March 14.

The pope continued his series of talks on the Mass, focusing on the Communion rite, which begins with the assembly’s recitation of the Lord’s Prayer.

The Lord’s Prayer is not just any Christian prayer, he said, “but is the prayer of God’s children. It is the great prayer that Jesus taught us” because it was the very same prayer he used with God.

“It’s so beautiful to pray like Jesus” prayed, the pope added.

Calling God “our father” like Jesus did underlines how the faithful have been reborn and “regenerated” as God’s children through baptism and the Holy Spirit, the pope said.

But, he asked, how many people go beyond a rote recitation of the prayer and truly believe and feel God is their father and the father of all of humanity when they recite the Lord’s Prayer?

“When we pray the ‘Our Father,’ we connect with the father” through the Holy Spirit, who gives people this connection and feeling of being children of God, he said.

Praying the “Our Father” throughout the day helps people build their filial relationship with God and a sense of fraternity toward others, he said.

The prayer also opens a person’s heart to forgiving others as God has forgiven him or her, the pope said.

“Forgiving people who have offended us is not easy,” he added, so people must pray to the Lord “to teach me to forgive as you have forgiven me.” Human strength or will is not enough to be able to forgive, he said; it requires grace from the Holy Spirit.

The prayer prepares people for the rite of peace in which the celebrant prays that the peace of Christ will fill people’s hearts and, as a sign of hope, the assembly exchanges a concrete sign of peace, he said.

This expression of ecclesial communion and being reconciled in mutual, fraternal love is key before receiving the sacrament of Communion, the pope said.

“Christ’s peace cannot take root in a heart incapable of living in fraternity (with others) and of piecing it back together after it has been wounded,” he said.

Pope Francis prayed that by celebrating the rites with greater understanding people would experience the Eucharist more fully as the sacrament of their communion with God and with their brothers and sisters, Pope Francis said.

NEXT: It takes more than one ‘Our Father’ to ask for God’s help, pope says