The following commentary appeared in the March 4 issue of FaithLife, a biweekly newspaper of the Diocese of Erie, Pennsylvania. It was written by Mary Solberg, editor. 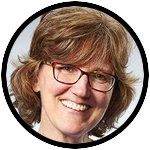 Facebook was founded in 2004, but this is the first year that I’ve noticed so many people giving it up for Lent.

Like chocolate, a favorite indulgence worldwide, Facebook apparently has risen to the top of the Lenten sacrifice list. A quick search on Google gives you 732,000 results about shutting down Facebook for the 40 days of Lent.

The fact that I Googled this means I’m one of billions of people scrambling for information in the digital universe, where Facebook is its own planet. While not a Facebook junkie, I use it for work, and regularly scroll through friends’ and family members’ posts.

Unlike those who give an hour-by-hour account of their day, I use the site so I “don’t miss anything.”

It has become the avenue by which important messages are shared. Just the other day, I ordered Girl Scout cookies on my Facebook page.

Those who’ve given up Facebook this Lent have inspired me to at least reduce my exposure to it.

I don’t want to end up like the 200 people studied by researchers from Vrije University in Amsterdam who get excited every time they see Facebook’s logo. Those folks are hooked on Facebook like a gambling addict is on casinos.

I’m more of a practical user. I look forward to seeing photos of my nieces and nephews who live far away, but to do that, I have to sift through posts that fill me with dread.

This uneasy feeling started a couple of years ago when I applauded the work of people fighting against racism. Surprisingly, it ignited a firestorm.

That’s when I quit sharing opinions on my personal Facebook page. My heart races when I see venomous language or even nicely stated words designed only to hurt others.

Because Facebook is a kind of necessary evil in our world today, I’m trying to live by what Pope Francis said at the 2016 World Day of Social Communications: “It is not technology which determines whether or not communication is authentic, but rather the human heart and our capacity to use wisely the means at our disposal.”

Wise use of social media is the key. Good things can happen when it promotes a great cause, i.e. raising money for a charity or encouraging people to participate in an event that helps others.

Social media enlightens people about important efforts, many of which are sponsored by U.S. Catholic bishops, regarding homelessness, drug addiction, immigration and unchecked violence in our society.

At the end of February, the bishops supported an internet effort encouraging people to call their legislators about helping Dreamers and reforming immigration laws.

PREVIOUS: Making the case for kids amid a love fest for pets

NEXT: Grieving teen activists challenge us to act