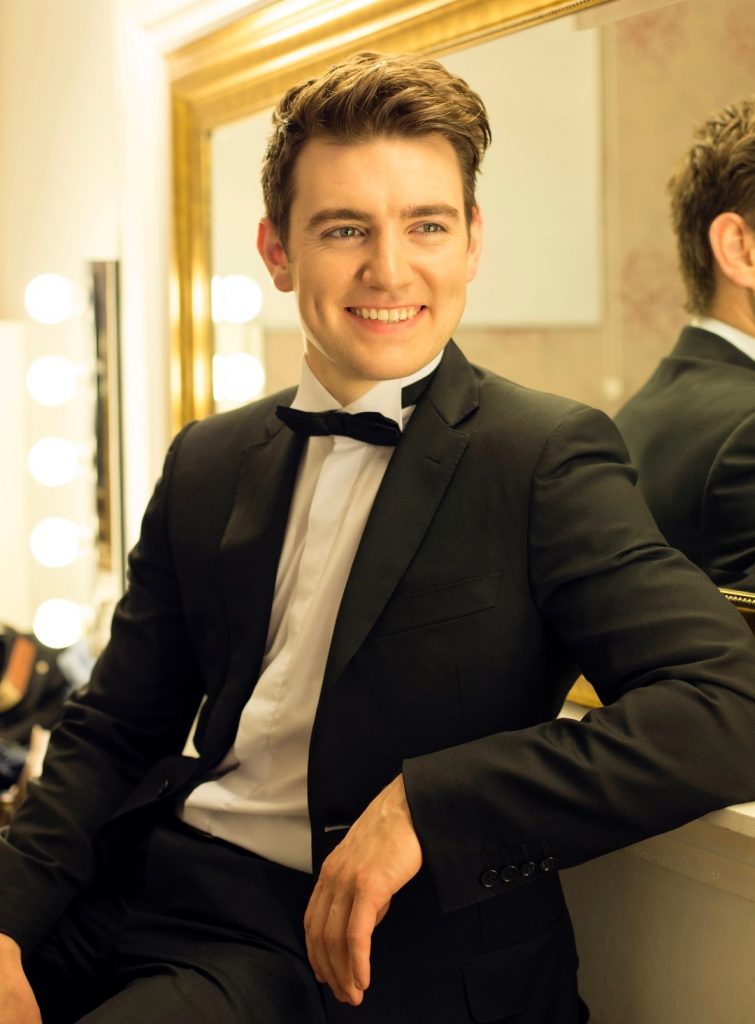 The St. Kevin Parish choir, Springfield, will add a new voice and a bit of emerald green to its tenor section this Thursday.

That’s when Irish singer Emmet Cahill will join the choir at a 7 p.m. concert March 22 in the church.

Cahill, who performs with the Irish music ensemble Celtic Thunder, is currently on a solo tour that included a March 16 debut at Carnegie Hall in New York. Along with engagements at such high-profile venues, the 27-year-old vocalist has sought out opportunities to perform in churches with parish choirs throughout the United States.

“I wanted to do something different, and to build relationships with communities all across the country,” Cahill said during an interview with CatholicPhilly.com. “It’s a symbiotic approach that leaves a lasting impression, and the church and the community can also benefit financially.”

Thursday’s concert will serve as a fundraiser for St. Kevin Parish, with the proceeds “literally going into the church” to purchase a new sound system, according to music director Joanna Scholz.

“We’re excited to extend our hospitality to Emmet,” said Scholz, an assistant professor of theology at Villanova University who has served as St. Kevin’s music director for 30 years. “The concert will give people the chance to be inspired by both liturgical and Irish music.”

Cahill is no stranger to both genres. With parents who were church musicians, Cahill began singing liturgical music at an early age, and still cantors at the Cathedral of Christ the King Church in his native Mullingar, County Westmeath. Classically trained at the Royal Irish Academy of Music, he shifts gracefully between Broadway standards, Irish classics and hymns.

Whether on stage or in the sanctuary, Cahill remains particularly focused on the words he’s singing.

“You’re delivering a message, and it’s kind of like preaching through music,” he said. “You have to sing with honesty, and with a total understanding of the text.”

Listen to our exclusive interview with Emmet Cahill and hear a selection from his recording of “Danny Boy.”

“Even at home in Ireland, where the church has struggled to retain people’s interest, music plays an important part,” he said. “It’s a medium that’s accessible to all people, and it’s one that can bridge gaps, even between people of different beliefs.”

Through his Irish repertoire, Cahill honors his heritage, which he has come to appreciate even more deeply after seven years of touring the United States.

“We embrace new cultures, but we stay true to ourselves,” he said.

Cahill noted that the Irish experience of emigration throughout the world has translated into “universal elements” that make Irish music accessible to listeners of all backgrounds.

“It speaks of subjects like love and loss and emigration, and striving through difficult times,” Cahill said.

Songs such as “Danny Boy” and “An Irish Lullaby,” both of which Cahill regularly performs, evoke intense reactions among his listeners.

“People tell me, ‘You brought me back to a certain moment in my life,’” he said. “And that’s wonderful to think that music is the one thing that — no matter what background you have — can connect us and bring us together.”

CatholicPhilly.com has two free tickets to the Emmett Cahill concert March 22 at St. Kevin Church, 200 West Sproul Road, Springfield. The first person to email us at editor@catholicphilly.com will get the tickets — first come, first served.