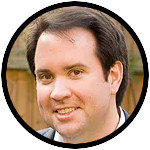 Even if one acknowledges that our new cultural moment finally allows “Humanae Vitae” (“Of Human Life”) to be heard and discussed in a fair and open way, there are many who find it difficult to take the document seriously given the relationship of contraception to abortion.

There is what seems like a common-sense view, held by even very faithful Catholics, that the church’s position on contraception undermines its position on abortion. If one really cares about the abortion rate — about actually saving the lives of prenatal children — then surely one will want to give women as much access to contraception as possible to limit unwanted pregnancies.

Such a view is intuitive, often deeply so, but it is not borne out by the facts.

The first thing to keep in mind is that most contraception — due to the mechanism of abortion and user error — has a fairly high failure rate. Combine this with the fact that someone with access to contraception is more likely to have risky sex, one can already see problems with the claim more contraception leads to fewer abortions.

Indeed, research consistently shows that something close to a majority of women who have abortions were regular users of contraception during the month they got pregnant.

Though in need of more study, there is some evidence to show long-acting contraceptive devices, like IUDs, may reduce abortion rates, but a recent study in the United Kingdom found that many women do not want contraception that requires a physical for removal and instead prefer targeted, rather than long-term, protection.

Many also are increasingly wary of the higher levels of hormones present in such implanted devices, especially given recent research showing the side effects of such hormones.

Interestingly, the “pro-choice” author of the U.K. study argued that the failure rate of contraception was an important reason for keeping wide access to abortion, understanding abortion as necessary for women to control their reproductive lives.

If the United States had the abortion rate of the average European country, we’d have about 600,000-700,000 abortions each year, still a massive slaughter of the most vulnerable. And a relatively small percentage of the lower numbers would come from increased family planning via contraception.

Indeed, in light of the above evidence, it may be the case that a contraceptive mentality actually requires broad access to abortion as a “fail safe” for a culture which sees a wide gulf between sex and procreation.

Indeed, the idea that pro-lifers — by insisting on abortion restrictions which protect vulnerable prenatal children with the law — are often understood as wanting to “punish women for having sex” drives home this point. Rather than seeing pregnancy as part of what sex is designed to do, a contraceptive mentality pushes the culture to disconnect sex and procreation. In this view, consent to sex cannot be consent to support a child, and when contraception fails abortion must be there to keep the disconnect in place.

In a culture where sex is so disconnected from procreation, a fetus showing up in a woman’s body is not understood as part of the biological “telos” of what it means to have sex, but rather as a kind of intrusion or parasitical invasion. Pro-lifers are better described as “forced birthers” who cruelly want to force women to gestate a child for which she (and her partner) are not responsible.

Perhaps the best-known abortion article of all time is Judith Jarvis Thomson’s piece that compares pregnancy to being forced by a violent group of music lovers to sustain a famous unconscious violinist against one’s will for nine months.

That such an article could be so popular, read by thousands of undergraduates each semester for the last five decades, shows just how disconnected sex and procreation have become in the cultural imagination. Again, pregnancy is more akin to a violent intrusion rather than something which happens quite naturally as a result of sex.

This view not only belies common biological sense, it also makes it difficult to explain why we would force men to pay child support to mothers who bear their children. If consent to sex is not consent to supporting a child for women, then presumably it would apply to men as well.

There are important arguments to be had about creative ways to reduce abortion and save more prenatal children from death.

New pro-life movements are challenging the traditional movements to focus not only on reducing abortion availability, but also reducing abortion demand. The evidence suggests that a focus on increasing access to contraception, however, should not be part of this movement. It will not substantially reduce abortion rates, and there is a good reason to believe the mentality it produces actually makes abortion a cultural necessity.

Camosy is an associate professor in the theology department at Jesuit-run Fordham University.

PREVIOUS: What preceded the Big Bang? It isn’t a meaningless question

NEXT: ‘Our hearts as one’: A guide to living on earth