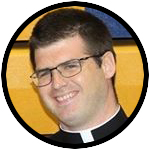 What do they have in common? They were written by Pope Francis? Yes.

They are apostolic exhortations? Yes.

Joy is not only the thing that these three challenging texts of Pope Francis have in common, but joy is also the way one should approach reading “Gaudete et Exsultate” — it provides a key of how to interpret and understand the document.

Some have approached the document with a predetermined negative attitude. It is an attempt to read the document that isn’t actually reading, but merely looking for statements with which they already disagreed anyway. Such a method misses the point and lacks joy.

Others have read the document, found statements they like, and then attempted to use those ideas against others in the church with whom they disagree. Likewise, this way of reading the document also misses the point and lacks joy.

“Gaudete et Exsultate” is what is called an apostolic exhortation. It is not a solemn proclamation of dogma regarding a particular infallible and immutable truth contained within supernatural revelation. No one should treat it as such a proclamation.

However, just because it isn’t a solemn proclamation doesn’t mean that it should be ignored or dismissed. All Catholics should still listen and take to heart what the Holy Father has to say.

The document should be received and read as it was intended by its author: as an exhortation. An exhortation is meant to challenge every Catholic. It is not just fodder for theologians, bishops, priests or religious.

It is a document addressed to all to help them more fully live out some aspect of their Catholic faith. In this case, the challenge is to holiness, and more specifically, how joy is a part of that universal call.

Looking more closely at the text, one can identity three key steps that culminate in joy.

The first such step is the universal call to holiness. Pope Francis affirms that “to be holy does not require being a bishop, a priest or a religious” (No. 14). The universality of this call to holiness can be seen in the examples given by Pope Francis, in which he refers to parents, grandparents, husbands and wives.

Later, he also speaks of communities not just in reference to consecrated religious, but also the community that is formed by families and parishes. Not only does the universality of the call to holiness apply to these different kinds of groups within the faithful, but holiness also applies universally to the different aspects of a person’s life.

The second key of the document leading toward joy is that holiness affects all parts of a person’s life. This is expressed in an academic manner when Pope Francis writes, “Spiritual discernment does not exclude existential, psychological, sociological or moral insights drawn from the human sciences. At the same time, it transcends them” (No. 170).

Pope Francis conveys this idea in a more everyday manner throughout the exhortation. The variety of facets of a person’s life mentioned in the document is fascinating. Shopping in the supermarket, mourning death, participating in the liturgy, encountering the poor, prayer, humor, the small everyday things, social media and much more all make significant appearances as elements of one’s life where holiness can be integrated and expressed.

Last, the culminating step is that of joy itself. Joy is meant to be the expression of holiness found throughout all the varied parts of one’s life. No, this does not mean that a life of holiness will be devoid of difficulties and challenges. Pope Francis recognizes that reality too.

The question and the point of the exhortation is that in the face of those challenges, and in each and every other part of our lives there is holiness expressed through joy. All are invited to read the exhortation and examine for themselves which parts of their lives might be lacking in holiness and where joy can be more fully expressed.

Father Brooke is a priest of the Diocese of Jefferson City, Missouri. His website is http://padregeoffrey.com and his social media handle is @PadreGeoffrey.

NEXT: A conversation about ‘Humanae Vitae’ may finally be possible