What I learned at the presynod gathering 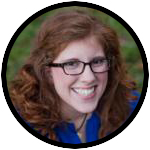 It has been nearly a month since the beginning of the presynod gathering on “Young people, the faith and vocational discernment,” in Rome, and other than the palms from the Mass in St. Peter’s Square still sitting on my dining room table and the magnet of a Swiss Guardsman stuck to my fridge, the physical remnants of that remarkable trip have been put away.

My suitcase is unpacked, my (mostly) normal day-to-day schedule has resumed, and save for the occasional tweet about #synod2018, it seems that the presynod gathering of young people, the first of its kind, has largely faded from view.

But for me, the presynod has really just begun, because in the weeks since returning, I’ve been able to more fully reflect on what happened during the gathering and the value I believe it will have for the church as a whole.

As one of the delegates representing the U.S. Conference of Catholic Bishops, going to Rome was easily one of the greatest honors of my personal and professional life as it allowed me the chance to bring my experiences, expertise and insights to the table.

Upon arriving in Rome, I was absolutely certain I knew what I was in for: a chance to talk, write and craft a message that would be good for the church. I thought I was going for the U.S. — to do a job and complete a task, and serve the American church well.

And we did that: We spent a lot of time in conversation, a lot of time writing, even more time reading and revising, and then proudly presented an 11-page summary of what was discussed to the bishops. But the presynod gathering of young people amounted to more — a chance for the church to do something nearly unheard of, setting a precedent moving forward.

Young people are the topic of the synod in October, but rather than just talk at young people, Pope Francis wanted to talk with young people. The supreme pontiff — the vicar of Christ — wanted to engage in dialogue with the very people he is hoping to reach, evangelize and pastor. He wanted to hear from us, learn about our struggles, listen to our hopes and dreams, pay attention to our concerns and give us a chance to honestly share our thoughts.

To some, this seemed absurd. Critics said it was unthinkable that young people would dare speak on their own behalf. But I know that if this synod in October is to be truly fruitful and effective, then the presynod gathering was an important step in the process. It has provided new insights, forced big questions to be asked and challenged the leaders of the church to think beyond the boxes they sometimes limit themselves to.

But on another level, the presynod gathering did something for me, just as much as I did for it.

Spending time with people from around the world, from diverse backgrounds, experiences, and of different opinions, gave me insight not just into the state of young people globally, but also helped me recognize the universality of our faith.

Perhaps Pope Francis knew this when he called for this gathering to happen, that bringing so many young people forth, giving them time to talk and tasking them with crafting a document to present to the bishops would, in the end, not only benefit the church, but also benefit each one of us.

The presynod helped many of us see firsthand how sharing and living the faith happens best: in community, in honest, authentic dialogue, growing together as we journey with and to Jesus Christ.

Prejean-McGrady, wife, mother and youth minister, was one of three young adult delegates selected by the U.S. bishops to attend a presynod gathering in Rome in March. She is a guest columnist for the Catholic News Service column “In Light of Faith.

PREVIOUS: A little boy meets a pastor, then the trolls come out

NEXT: What preceded the Big Bang? It isn’t a meaningless question