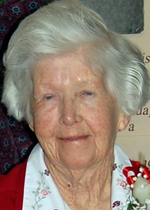 She was born in Minneapolis, Minn. to Irma (Cosgrove) Votruba and August Votruba. She had two brothers, John and William; all have predeceased her.

After graduating from Villa Sancta Scholastica High School in Duluth, Minn., she attended the College of St. Scholastica in Duluth to begin the process of earning her Bachelor of Science degree. On July 2, 1940 she entered the Maryknoll Sisters’ novitiate in Maryknoll, New York from St. Clement Parish in the Diocese of Duluth.

After earning her bachelor’s degree at Mount St. Vincent College in New York City, Sister Vivian  studied at Maryknoll Teachers College in Maryknoll, New York then earned .  She then earned a Doctor of Medicine degree in 1947 from Marquette School of Medicine in Milwaukee, Wisc.

Sister Vivian spent the next year doing her medical internship at Misericordia Hospital in Philadelphia.

In 1948 Sister Vivian received her first overseas mission assignment to Bolivia where she did language study at CalaCala and began her medical ministry at the Maryknoll Hospital in Riberalta, Bolivia. For the next several years, Sister Vivian’s medical work took her to many places around the world: Azangaro, Peru in 1960; Biafra, in Nigeria, Africa, working with refugees in 1969; and back to Peru in Ica and Ciudad de Dios (outside of Lima) in 1970.

In 1982 Sister Vivian returned to Maryknoll, New York to serve in the Congregation’s Development Department’s World Awareness Program until 1985. She then served among the Navajo Indians in New Mexico before returning to Tacna, Peru in 1985. In 1991, Sister Vivian was assigned to Rosedale, Miss., for three years to do pastoral work.