Thousands of fans gathered in center city Philadelphia as the Villanova men’s basketball team rode buses through the streets to a rally at City Hall thursday, April 5 in celebration of the team’s NCAA national championship. Coach Jay Wright and key players expressed their gratitude for the fans. (Photos by Sarah Webb) 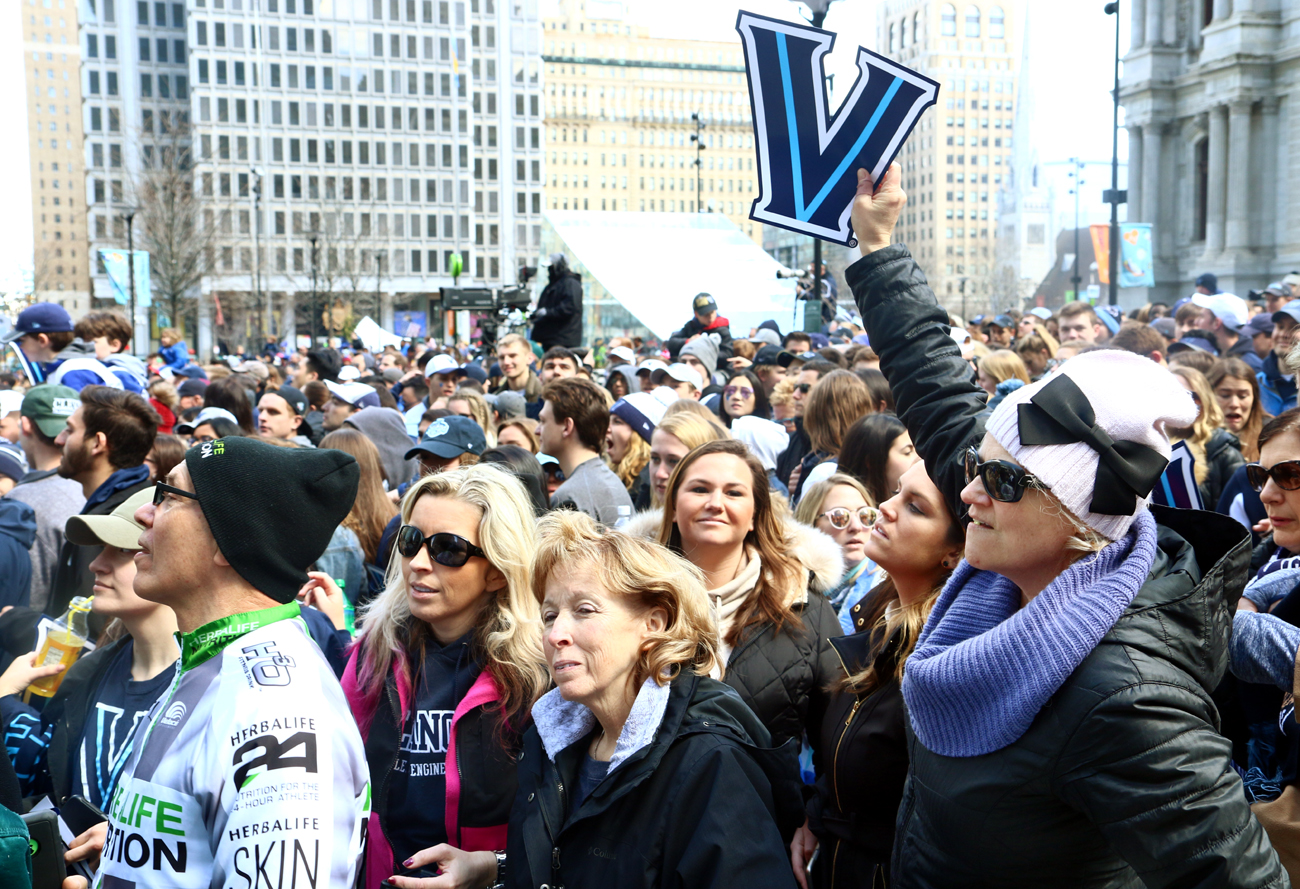