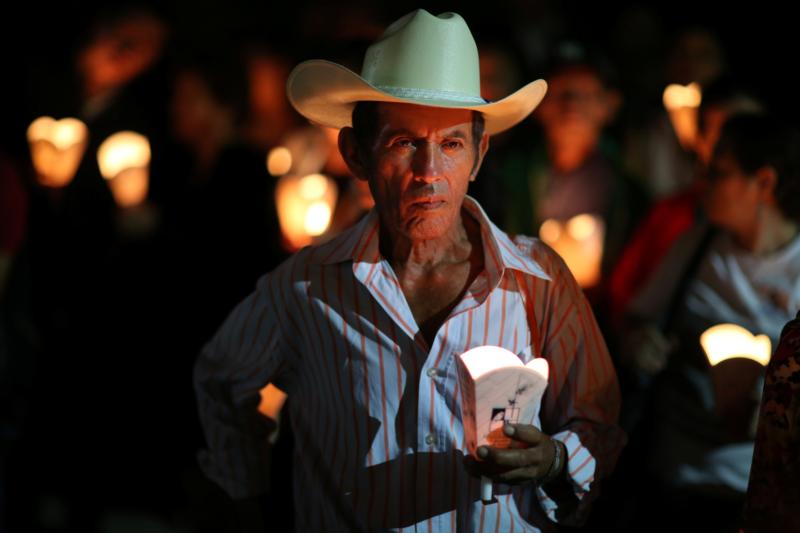 Although many Catholics may be unaware of it, they possess a kind of spiritual instinct that helps to guide the church.

The “sensus fidelium,” or “sense of the faithful,” is the “church’s conviction that all believers, individually and as a whole church, have a kind of sacred common sense, sort of a shared spiritual instinct for the truth of the faith,” said Edward Hahnenberg, professor of systematic theology at John Carroll University in Ohio.

“It’s pointing to a kind of a mode of knowing that’s not purely the result of rational deduction,” Hahnenberg said, rather it’s a sort of spontaneous or natural knowledge.

“There are different roles for the leaders of the church and of the people, but all of them share this fundamental task of being infallible believers and carriers of the faith,” Faggioli added.

In 2014, the Vatican’s International Theological Commission released a document called “‘Sensus Fidei’ in the Life of the Church.”

The document uses the example of close friendships to explain how the believer can know something at a deep heart level, even if he or she is unable to put it into explicit theological statements, Hahnenberg said.

When you know a friend, or are so closely united to a spouse, you become almost spontaneously able to judge what suits the other person because you share in their inclinations, Hahnenberg explained. “That’s the kind of heart knowledge that the ‘sensus fidelium’ is pointing to.”

There are a very few moments when you can see the “‘sensus fidelium’ at work,” Faggioli said, since it works in a mysterious and invisible way.

“There are no mechanisms, no polls taken either before or after,” he said.

The “sensus fidelium” becomes visible through “the process of reception of a teaching,” Faggioli said, how a teaching of the church is received, interpreted, accepted or not accepted over a long period of time.

The teachings “have been subject to the scrutiny of the Catholic people in this last century and a half, and so they at the time were controversial, but after almost 150 years,” he said, “there is a fundamental consensus in the Catholic Church on what the papacy is, what it is about, why it’s important, how it works.”

Hahnenberg pointed to “the growing conviction of God’s universal saving grace,” as an example.

Whereas “Catholics in an earlier era might have somewhat uncritically condemned everyone who wasn’t Catholic,” he said, over time, “there’s been a real shift in terms of Catholics appreciation for the ways in which God works in mysterious ways beyond the boundaries of the church.”

That shift, prompted by Catholics who gradually entered a more religiously diverse world and lived among people who, while not Catholic, exhibited Christ-like behavior, demonstrates what John Henry Newman referred to as “conspiratio,” a breathing together of church teaching and people’s lived experience, Hahnenberg said.

When looking at how a particular teaching is received, it’s important to have a global Catholic perspective, Faggioli said.

“We tend to see what’s important for our national church, our local church or our continent,” he said, but to have a Catholic perspective on the history and meaning of the “sensus fidelium” on a particular teaching, Catholics must consider “how it was received in the entire world,” he said.

Catholics should take note of the “sensus fidelium” because “in your lived experience, in your sense of what’s good and true and faithful you have something to contribute to the church as a whole,” Hahnenberg said.

Although the process is largely unconscious, “it’s a good idea to be aware of what’s happening inside of you,” Faggioli said. Becoming more conscious about the “sensus fidelium” is a way to be more active in your faith, he said.

PREVIOUS: Heaven is an encounter with Jesus, not a boring waiting room, pope says

NEXT: An instinct: Always faithful