‘Sensus fidelium’: The sense of the faithful 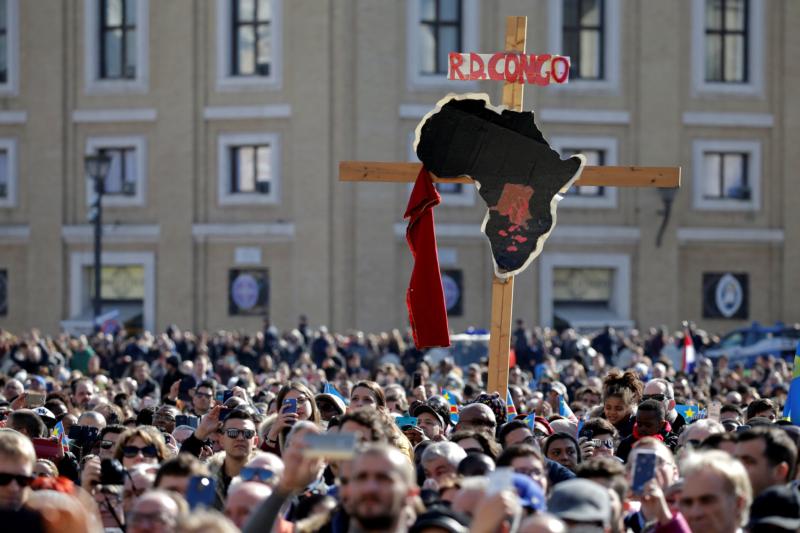 Faithful attend Pope Francis’ Angelus in St. Peter’s Square Feb. 11 at the Vatican. The Holy Spirit guides not only bishops and the pope, but also the faithful, who make up the mystical body of Christ in unity with the magisterium. (CNS photo/Max Rossi, Reuters)

In the Gospel of John, Jesus announces to his apostles, “When he comes, the Spirit of truth, he will guide you to all truth” (16:13). At an initial level, Jesus is speaking of his immediate apostles, so that they can rest assured the Holy Spirit will enable them to recall all things.

This statement also includes the role of some of these apostles as inspired authors of sacred Scripture, guided to truth in their writings. Beyond this, the statement applies to the magisterium of the church, because the bishops and pope are successors of the apostles.

At another level, however, Jesus’ words apply to the faithful collectively; the Holy Spirit guides not only bishops and the pope, but also the faithful, who make up the mystical body of Christ in unity with the magisterium. “Sensus fidelium” represents a profound unity that is crucial to the church’s identity.

One of the most difficult and earliest heresies our Christian ancestors in the faith had to face was Arianism, the notion that Jesus was not God and not consubstantial with God the Father. The famous line from Arius in reference to the Son of God was that “there was a time when he was not.”

During the time of the Arian heresy, the majority of the bishops agreed with and followed Arius.

Despite this fact, the majority of the faithful were on the side of orthodoxy, believing the truth that Jesus is God. In part, this was because it was the faith as it had been handed on to them — the “sensus fidelium” at work.

Ordinary believers kept the traditional faith they had been taught, and this sense of the faithful was significant for affirming and preserving the teaching of Jesus’ divinity.

Complicated words like “consubstantial” (from the Greek “homoousious”) were used to explain this truth believed by the faithful: Jesus is the son of God, and, as such, is divine. It may seem complicated, but the bishops who affirmed the teaching saw it as the best way to represent the “sensus fidelium.”

When we now say the word “consubstantial,” we show that we are united with the faithful who came before us, including those who held fast to Jesus’ divinity despite the popularity of Arianism among many bishops.

This gift of the Holy Spirit guiding the church to truth is because God wants all to be saved. Thus, the bearers of infallibility are always at the service of others, keeping the salvation of the church in mind.

When thinking of “sensus fidelium” as infallible, it is helpful to keep in mind that it is the sense of faith of the entire people of God. This notion is connected to the saying, “the rule of prayer is the rule of faith.” That is, how we pray is how we believe.

The church’s infallibility is ordered to sanctity. In other words, the faithful are all called to become saints. This is the point of the “sensus fidelium.”

At its core, the sense of the faithful is rooted in the virtue of faith infused in the individual members of the faithful at baptism, their individual growth in faith and collectively their representation of the church’s faith in union with the magisterium.

Sometimes the magisterium seeks clarity to better understand and communicate the sacred deposit of faith. This can be inspired by the sense of the faithful indicating that some pressing matter needs more light.

There are many moving examples where the sense of the faithful can be seen preserving the faith. For example, Japanese Catholics had a complete absence of priests in the 17th through 19th centuries, and thus they were unable to celebrate the sacraments (other than baptism and marriage) for over 200 years.

And yet, when missionaries returned to Japan, they found the faith handed on despite the obstacles.

The “sensus fidelium” is much broader than any local Christian community such as the Japanese Catholics, but that local church provides a glimpse into how the sense of the faithful works. The “sensus fidelium” refers to the infallibility of the church with regard to handing on the faith encompassing the whole faithful, priests, bishops and pope.

It is a gift from God to aid the church’s practice of the faith so that all of the members of the people of God can become holy.

Morrow is the mother of six and adjunct professor of Catholic studies at Seton Hall University in New Jersey.

NEXT: Holy Spirit moving in church through ‘sense of the faithful’