A black Catholic experience at a royal wedding? Believe it 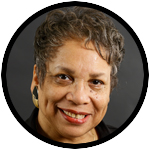 I never saw it coming — a British royal wedding that brought American black culture center stage before the world!

This happened May 19 as Prince Henry of Wales, known as Prince Harry, wedded former American actress Rachel Meghan Markle. Now she is the Duchess of Sussex, elevated to stratospheric fame.

It was surreal to me how their wedding ceremony reflected aspects dear to American black Catholics.

As director of the Office of Black Ministry for the Diocese of Brooklyn in the 1980s, I joined leaders nationwide to develop programs highlighting cultural contributions of blacks to the church that were indispensable to those desiring to minister more effectively in significantly black parishes.

Our workshops and conferences introduced outstanding lecturers, singers, clergy, religious and lay people as facilitators. We welcomed non-blacks to our functions that aimed to be spiritually uplifting for all.

Most, however, were content to remain where they already were. No amount of public relations could make them budge.

But this royal wedding turned the tide. It put in place a worldwide captive audience. The rich and poor alike of every nationality were not going to budge from their televisions, their coveted seats in St. George’s Chapel at Windsor Castle, or their positions along roadsides.

So without forewarning they got a taste. The spoon was down their throats and out before they could swallow! The experience others labored almost in vain to get across was at last delivered, and people will be talking about it for years to come.

You see, blacks in America have always been accustomed to ministers, regardless of their race, who talk to us, not at us with written scripts, and with passion.

I heard this intimacy in Episcopal Bishop Michael Curry’s powerful sermon on the power of love that touched upon the Old Testament, America’s painful legacy of slavery and civil rights struggles.

I nearly fell out of my bed when I heard the British gospel choir deliver the soul classic “Stand by Me” made popular by American singer Ben E. King. It had a flawless grace rarely associated with the ’60s hit.

Then there was Etta James’ version of “This Little Light of Mine” resounding as Prince Harry and Meghan exited the church. The lyrics were written as a gospel song for children in the 1920s and later became an anthem of the American civil rights movement of the ’50s and ’60s. The words convey a determination to be the best one can be, appropriately saluting the bride and all who struggle against adversities.

Like James, considered one of the greatest soul singers of all time, Meghan has had a tumultuous life. She is the daughter of a white father of Dutch-Irish origin and an African-American mother who married two years before Meghan was born in 1981 and divorced when she was 6. Meghan was raised a Protestant but attended an all-girls Catholic high school outside Los Angeles. She married and divorced a Jewish man, and in March was baptized as an Anglican by the archbishop of Canterbury.

“This Little Light of Mine” may be beloved by Protestants, but it is also considered by many American black Catholics to be our own national anthem as we share our gifts in the Catholic Church.

A close runner up is the African-American spiritual “There Is a Balm in Gilead,” another wedding selection that holds onto hope for God’s healing and liberation.

Greene was an associate editor in CNS’ Special Projects department for nearly 22 years.

PREVIOUS: With sports betting now in play, so are the risks

NEXT: Irish referendum reveals wounds only Christ can heal