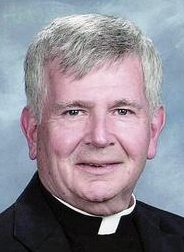 He was ordained May 19, 1973 at the Cathedral of SS. Peter and Paul by Cardinal John Krol.

“I knew Jim from the seminary, although he was ahead of me. He was a really good guy,” said Father Angelo Citino, the pastor SS. Peter and Paul, West Chester. “He was liked and respected here at SS. Peter and Paul. He was well-regarded when he was here and was well liked by all of the priests.”

Msgr. Daniel Kutys was pastor at SS. Peter and Paul when Father Whelan was there. “I was stationed with him for three years, and he was always very friendly,” he said. “After he retired and was sick he wanted to go to Villa St. Joseph, he wanted to be in a place where he could celebrate Mass every day. That was really important to him.”

There will be a viewing for Father Whelan at SS. Peter and Paul Church, West Chester on Monday July 2, at 9 a.m. followed by his 11 a.m. funeral Mass with Bishop Edward M. Deliman, a St. Charles Seminary classmate, as the celebrant. Concelebrants will include Bishop of Harrisburg Ronald Gainer, also a St. Charles classmate, and Msgr. Kutys, who will be the homilist.

Father Whelan is survived by his sister, Margaret Whelan and his brother, John Whalen.