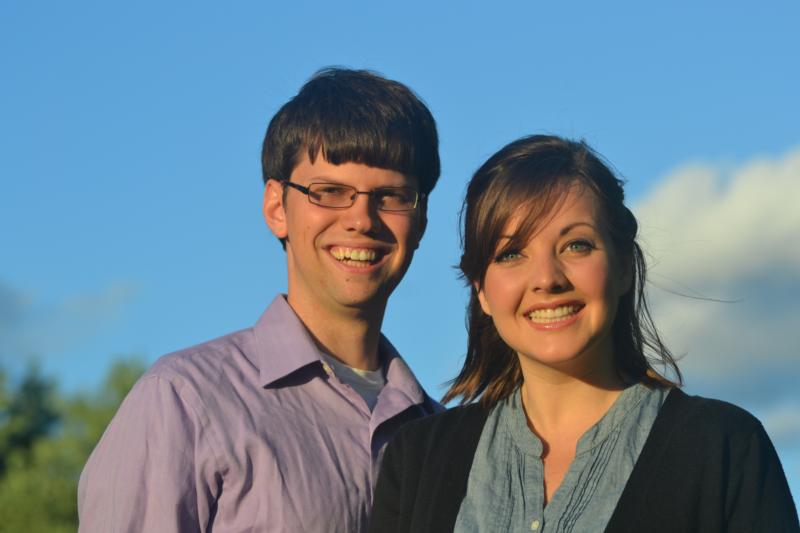 Amber and David Lapp of Cincinnati are pictured in this 2013 photo. Before they became Catholic, the two heard about the Catholic Church’s teaching against contraception in a public policy class, and later learned about natural family planning during their engagement. (CNS photo/courtesy Amber and David Lapp)

I stood at the desk in my college apartment, holding a box of birth control pills. As I read the instructions, the lengthy list of side effects made me hesitate.

I had friends who experienced weight gain, mood swings, loss of libido and even depression after taking hormonal birth control, and seeing the disclaimers in print brought those stories to mind.

But I was recently engaged and with the wedding months away, my fiance David and I were beginning to think about life after the wedding. I was 21, he 22, and we were getting married just a couple of weeks after college graduation. We had student debt and the high cost of living in New York City to deal with, so though we both hoped for many children in the future, we thought it wise to delay pregnancy for a couple of years until we were able to find a modicum of financial stability.

We were not yet Catholic at the time, but in a public policy class (of all places) we had been introduced to the Catholic views on artificial contraception.

I was not convinced, but was intrigued.

What struck me as particularly beautiful was the idea that the love between a man and a woman could be an act of co-creation with God and an image of divine love.

As Pope Paul VI wrote in the encyclical “Humanae Vitae,” husband and wife are called to “collaborate freely and responsibly with God the Creator. It has always been a source of great joy to them, even though it sometimes entails many difficulties and hardships.”

It was with this in mind that I stood holding the pills, when I noticed a chart in the instruction booklet comparing effectiveness rates of various methods. The chart included a measurement for fertility awareness methods, and I was surprised to see that the “perfect use” effectiveness rate was very similar to that of the pill I was about to take.

So I talked with David and Googled “where to learn natural family planning.” A phone number at the Archdiocese of New York popped up. We attended an information session about the Creighton model fertility care system and then training meetings with a nurse who worked with us until we felt confident in the method.

Two years after that when we discerned that it was at last a responsible time to become parents, we were ecstatic to become pregnant the first month we “tried.” After serious pregnancy complications and almost 36 hours of labor, we held in our arms the baby boy who was the fruit of our love.

The experience of becoming parents reminded us of the theology we first heard in public policy class. Just as a child comes from the love of a man and a woman, so the Holy Spirit proceeds from the eternal exchange of love between the Father and the Son. Never before did the mysterious life of the Trinity seem so real and close and wonderful.

But one night when our son was just a few weeks old I lay in bed, terrified at the thought of having more children because of the health complications, but saddened by the possibility of not having the large family we had hoped for.

I couldn’t sleep, so I turned to David and asked him to read to me. He grabbed a book on our nightstand, “The Way, Furrow, The Forge,” a collection of quotes from St. Josemaria Escriva. He opened randomly to a page and read:

“You share in the creative power of God: that is why human love is holy, good and noble. It is a gladness of heart which God — in his loving providence — wants others freely to give up. Each child that God grants you is a wonderful blessing from him: Don’t be afraid of children!”

It was the reminder I needed at that moment. We indeed share in the creative power of God. And that gives us the courage to enter parenthood not from a place of fear, but of love.

Lapp is a research fellow at the Institute for Family Studies and the mother of three, soon to be four.

PREVIOUS: We must become weak to be made strong

NEXT: What does the church teach about ‘responsible parenthood’?