We’re tied to the land we call home, and to each other 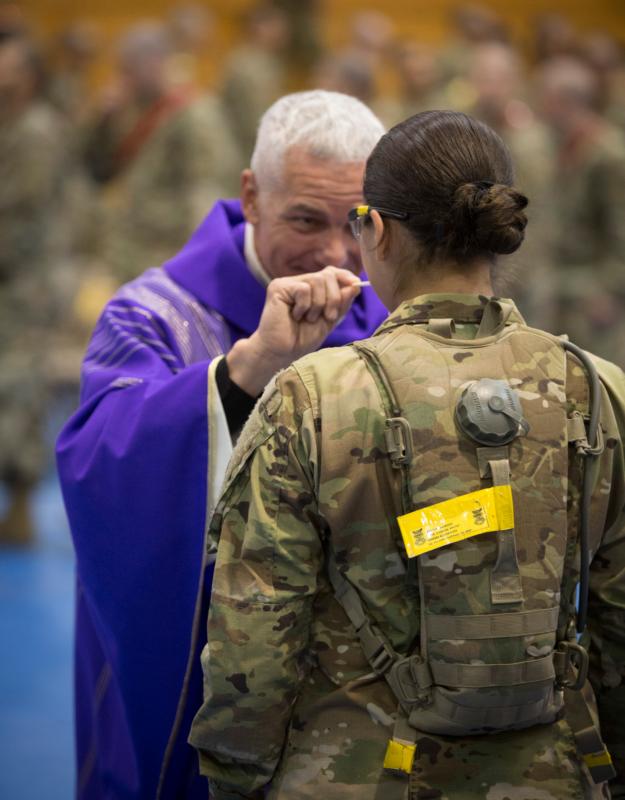 Father John G. Breaux Jr., an Army chaplain from the Diocese of Lafayette, La., gives Communion to a new Army soldier during a March 2016 Mass at Fort Jackson in Columbia, S.C. Patriotism, Bishop Robert J. McElroy of San Diego said, “is not a foundation for pride, but an ever-deepening challenge to ennoble our culture, society and government.” (CNS photo/Chaz Muth)

We know instinctively from quite a young age how patriotism feels and why it matters, don’t we? Patriotism combines affection for our homeland with a sense of belonging — the sense that this is our rightful place.

Patriotism deserves to be celebrated, as it often is. National holidays reaffirm the bonds that tie citizens to a land called home, but also to each other.

Yet, different individuals and groups define the essentials of patriotism differently. In fact, St. John Paul II called attention in a 1995 New York speech at U.N. headquarters to the existence both of healthy and unhealthy forms of patriotism.

His thoughts may seem especially noteworthy because his own patriotism — his outstanding affection for Poland, his homeland — was so well-known.

“We need to clarify the essential difference between an unhealthy form of nationalism, which teaches contempt for other nations or cultures, and patriotism, which is a proper love for one’s country,” he remarked, “True patriotism never seeks to advance the well-being of one’s own nation at the expense of others. For in the end this would harm one’s own nation as well.”

So patriotism calls into play a love for one’s homeland and a commitment to caring for it and its people. But does it require turning one’s back to lands that others call home?

Patriotism represents a particular challenge for Christians. Christianity, as a universal faith, highlights good reasons for taking seriously the needs and well-being of “others.”

Jesus said, speaking in Jerusalem to the apostles at the moment of his Ascension, “You will be my witnesses in Jerusalem, throughout Judea and Samaria, and to the ends of the earth” (Acts 1:8). Clearly, their faith was not meant to take root in just one region or among only one people judged, somehow, to be superior to others.

St. Paul’s missionary journeys in Christianity’s earliest days also led him far and wide into others’ homelands. His ministry affirmed the dignity of these others and considered them worthy of profound respect.

Bishop Robert J. McElroy of San Diego, speaking in Washington in January 2017, recalled that Pope Benedict XVI expressed regret in 2009 that “as society becomes ever more globalized, it makes us neighbors but does not make us brothers.”

Patriotism, Bishop McElroy said, “is not a foundation for pride, but an ever-deepening challenge to ennoble our culture, society and government.”

Love of country is a virtue, he observed. But while a “nationalistic impulse” may, on the one hand, signify the type of “virtuous patriotism” that “integrates the love of country into the spectrum of moral obligations,” he cautioned that it might on the other hand “be rooted in pride, isolationism and discrimination.”

The essentials of patriotism, many leaders hold, do not add up merely to passive good feelings about a homeland, requiring no action by individuals and their communities. Instead, patriotism represents the kind of love that takes these positive feelings and puts them into action in ways that nurture the land itself and strengthen human bonds everywhere.