Pot-ful of trouble in Canada

The following unsigned editorial appeared in the July 4 issue of The Catholic Register, the Toronto-based national Catholic Canadian newspaper. 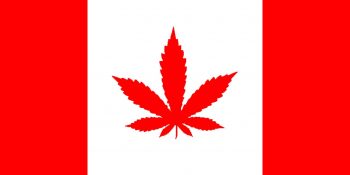 Canada’s bishops typically are cautious when passing comment on public policy. So they grabbed our attention when, in the first paragraph of a recent press release, the bishops predicted Canada’s new marijuana law will have “disastrous effects” on society.

The statement from the Canadian Conference of Catholic Bishops was released after the Cannabis Act received royal assent June 21, and after the prime minister invited Canadians to legally light up starting Oct. 17, the day recreational marijuana use becomes legal. It is a seriously flawed piece of legislation in that it disregards the documented harm that legal pot will inflict on public health, family life and spiritual well-being.

Heavyweight organizations opposed to legalization include the Canadian Medical Association, the Canadian Psychiatric Association and the Canadian Pediatric Society. They join a long list of social agencies and religious groups that understand the physical and spiritual damage cannabis inflicts on society, particularly among the young and the poor, in terms of addiction, mental health and respiratory illness. On top of that is the heartbreak drugs exact on families and the havoc impaired drivers cause on roadways.

“It is lamentable that the federal government has decided to facilitate the provision and use of an addictive substance that will have disastrous effects for so many people,” read the bishops’ statement.

We fear that the bishops are right when they warn legalized cannabis will contribute nothing to help create more just and humane communities, but will only “exacerbate or multiply” the many existing ills of society. This is particularly true among young people, where incidents of anxiety, depression and suicide, particularly within indigenous communities, are already at alarming levels.

Politicians argue that legalizing cannabis and trusting governments to regulate its distribution will eliminate illegal sellers and put organized criminals out of business. Fat chance. The only way street dealers will disappear is if legal weed and its byproducts are superior in quality, cheaper in price and available in more places than street drugs. That won’t happen with debt-ridden governments setting the price on products that inevitably will be taxed like alcohol and cigarettes.

The bishops are astute when they lament the shaky logic of trying to eliminate the social and moral evil of illegal drugs by capitulating and normalizing drug use. It’s like proposing to end the illegal gun trade by allowing guns in every home. Surely it is obvious that society is made worse, not better, by making dangerous substances fashionable and commonplace.

This law is bad on many levels. The bishops are right to be concerned. We all should be.

PREVIOUS: Abortion puts spotlight on role of judges in America