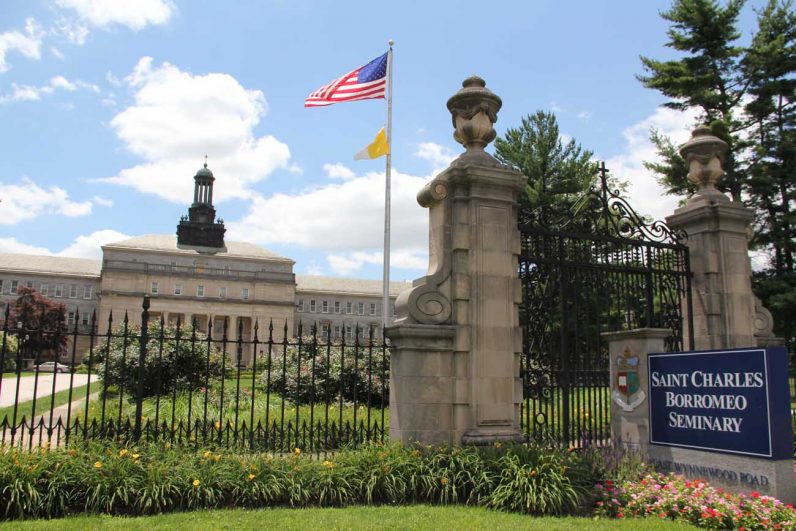 PHILADELPHIA (CNS) — The Philadelphia Inquirer daily newspaper reported Aug. 16 that the Archdiocese of Philadelphia is investigating allegations of sexual harassment from a former student at St. Charles Borromeo Seminary.

The paper reported that a letter with claims that a former student at St. Charles sexually harassed a freshman during the 2010-11 school year was sent to priests and deacons in the archdiocese Aug. 14.

The claims are related to a blog post that also implicated a St. John’s Seminary in Boston, which the Archdiocese of Boston also is investigating.

Like the Boston case, the claims originated on social media, and is linked to a blog post that describes seminarians at “conservative seminary” drinking heavily, “cuddling” after a drunken party, and being involved in sexual behaviors and acts. The person who wrote the blog says he experienced sexual harassment at the Philadelphia seminary and later witnessed the other behavior in the Boston seminary.

The story says that the writer of the blog was 17 when the alleged abuse in Philadelphia occurred, which is described as “sexually inappropriate advances by a fellow student” in a dorm room.

The Inquirer reported that archdiocesan spokesman Ken Gavin said Aug. 16 that the seminary “recently became aware of allegations of sexual harassment by one seminarian of another that is purported to have occurred during the 2010-2011 academic year.”

“In keeping with the long-term policy of the seminary and the Archdiocese of Philadelphia,” he said, “this allegation was turned over the archdiocesan Office of Investigations for appropriate handling in light of policy and applicable law. As it is an active investigation, we are not able to comment upon it further.”

In his letter to archdiocesan clergy, Bishop Timothy C. Senior, rector of the seminary, said St. Charles has a longtime policy “against sexual violence, harassment and stalking.” It was last updated in 2015.

All seminarians are required to review the policy at orientation and to sign a form acknowledging they received it, Bishop Senior wrote.

He also noted that among the 170 seminarians about to begin the fall term at St. Charles, 50 will be new seminarians studying for the Philadelphia Archdiocese and other dioceses and religious orders of priests.

PREVIOUS: Report details rape of children, culture of secrecy that fanned it

NEXT: Two priests ruled unsuitable for ministry in Philadelphia Archdiocese