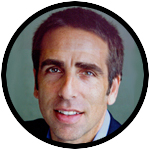 Attacks on autonomy and human dignity appear to be intensifying.

Autonomy, of course, refers to our ability to act as independent human beings, with an innate and inviolable human dignity inherent to each of us, regardless of our physical, medical, emotional, psychological, or financial circumstances.

It seems as if so many, however, are intent on reconsidering autonomy to mean something like an “autonomy of self-harm.” In other words, many are using autonomy as a means to advocate for forms of euthanasia and assisted suicide.

Yet autonomy has traditionally referred to human good; our ability and desire as well as power to achieve a good life in cooperation with our loved ones, neighbors, fellow citizens, and others. It’s a tragic and perverse situation to use autonomy as a rhetorical battering ram for advocating the rights of human beings to intentionally end their own lives.

As so much of our attention is focused on dramas of the political arena, stories which ought to be receiving attention are simply not. Certainly, meaningful public dialogue surrounding issues like autonomy and human dignity are not taking place in any sustained manner.

Let’s take a short “world tour” to consider the sorts of cases garnering only scant coverage and little or no public conversation.

Starting in the U.S., Oregon’s state legislature passed a bill earlier this year that will vastly increase the number of medically vulnerable persons at risk of premature death when it redefined food and water delivered by everyday utensils as a form of “medical care” rather than the “basic and ordinary” care that common sense suggests. This new law can be applied to those with Alzheimer’s disease who did not explicitly express the desire to continue receiving food and water prior to being diagnosed and are in the care of others who make their medical treatment decisions.

Is it right that Oregon considers food and water to be extraordinary medical treatment?

In Europe, meanwhile, the U.K. Supreme Court — ironically named the “Court of Protection” — essentially stripped away all protection for medically dependent persons when courts ruled that clinicians can withdraw food and water from individuals without even having to go to court.

For instance, if a patient was being supplied food and water via a feeding tube, he or she can be effectively starved and dehydrated to death if the doctors and family agree it would be in the patient’s “best interests.”

This ruling will affect tens of thousands of patients who are often misdiagnosed as experiencing “unresponsive wakefulness syndrome” (UWS) or are in a “minimally conscious state” (MCS). These are highly subjective diagnoses that clinicians admit are points on the spectrum of human consciousness; many patients improve over time, even when initially diagnosed as “vegetative.” However, patients in U.K. hospitals diagnosed in this way may no longer be given time to improve.

As euthanasia grows more popular, one increasingly hears stories like what happened in the U.K.’s Gosport War Memorial Hospital, where it was reported that under the direction of Dr. Jane Barton, as many as 600 people were deliberately killed after being prescribed “dangerous doses” of clinically unjustified pain killers.

The autonomy of patients like those euthanatized was never what was being honored; only an autonomy of the powerful to act with violence upon compromised individuals who deserve the full protection of the state.

Belgium, as it happens, legalized euthanasia for minors in 2014 — the only country in the world to do this. Since then, euthanasia has claimed the lives of 14 Belgian children. Belgian parents must consent to euthanasia for children between 12 and 15 years old, but if the child is between 16 and 17 years old, it essentially becomes the decision of the teenager.

The elderly do not necessarily fare better, for there was recently the chilling instance of a Dutch physician who killed an elderly dementia patient without that woman’s consent simply because he determined, based on his own opinion, that she was suffering. According to reports, that woman was physically restrained and held down in order for the doctor to administer the fatal barbiturates.

A nurse in Japan, meanwhile, has confessed to killing at least 20 patients by contaminating their intravenous injections with disinfectant. She orchestrated the deaths so they would occur after she left the hospital — she did not have to be “bothered” explaining what happened to the patients’ family members.

Returning stateside, a California bill was recently passed to “aid, advise, and encourage” suicide. California originally passed the law allowing doctor-assisted suicide in 2016 for the “terminally ill” who are expected to die within six months. However, the way “terminal” was defined permits suicide for those who have diabetes, high blood pressure, and other common, treatable conditions.
Chronic conditions will increasingly be considered no different than terminal conditions, even if they mean living for decades with non-invasive care or treatment.

A Texas father took drastic measures recently, barring the door of his son’s hospital room after he learned that doctors were on their way to remove his son’s life support. His son sustained a brain-injury, yet within days of his accident, the young man was improving — simply not fast enough for certain fatalistic medical professionals.

Autonomy means nothing if we allow laws or medical perspectives to compromise the innate and inviolate human dignity each person possesses, regardless of their state of health. When someone is encouraged to accept euthanasia or assisted suicide, and even worse, when individuals are forcibly euthanized against their will or without consent, the power of law and medicine become weapons rather than shields.

No humane society can accept the normalization of intentional human killing.

Bobby Schindler is president of the Terri Schiavo Life & Hope Network and associate scholar at the Charlotte Lozier Institute.

NEXT: From a woman’s pew, a view of scandals within the scandal