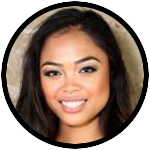 Peering outside the window from an airplane thousands of feet in the air, I had no idea that what I saw in front of me would make Scripture come to life — but it did.

Do you remember in grade school, during the beginning of class, when your teacher would take attendance by calling your name to see if you were there? “Present” or “Here” would indicate your presence and the lack of your voice would indicate your absence.

That moment on the plane recalled a theme throughout Scripture where God seems to take attendance — call a name and see if that person is willing and able to be sent forth on the mission that would fulfill a pivotal moment in history.

In the Old Testament, when God called young Samuel, he replied, “Here I am. … Speak for your servant is listening.” When Jesus saw the disciple Matthew, he told him, “Follow me,” and Matthew got up and followed Jesus.

In the Book of Job, there is a peculiar conversation between the Lord and Job, where the Lord addresses Job out of the storm that Job is in.

“Have you ever in your lifetime commanded the morning and shown the dawn its place for taking hold of the ends of the earth, till the wicked are shaken from it? … Tell me, if you know it all. What is the dwelling of light and darkness — where is its place? That you may take it to its territory and know the paths to its home?”

The Lord goes on and on basically explaining the magnificence and incontestable significance of who he is — the alpha, the omega in which he is God and we are not.

Job replies to the Lord, “Look, I am of little account; what can I answer you?”

Job acknowledges to the Lord that he is present, but in no way could he amount to who God is. Job doesn’t command the morning or show the dawn in its place. Job isn’t taking hold of the ends of the earth till the wicked are shaken from its surface. Job doesn’t know the way to the dwelling place of light or where the abode of darkness is.

It was that revelation that made the visuals outside the plane window the perfect textbook answer to Scripture. It spoke to me because in that moment, I was like Job and as I looked out at God’s creation, I was humbled and I responded to God taking my attendance.

If it wasn’t for you Lord, these atoms, which exist within every human body that you envisioned, would not hold into place. If it wasn’t for you needing me to exist, I would disappear, I would be absent. Yet, here I am, sitting in awe and wonder of something I cannot fathom, something so grand yet so mysterious.

Here I am, Lord, but it is all because of you.

Enaje is a reporter and youth editor for The Tablet, newspaper of the Diocese of Brooklyn, New York. She is a guest columnist for Catholic News Service.

PREVIOUS: Abuse scandal might not be biggest challenge we face

NEXT: In praise of good priests, the stand-up men