To watch a building burn, or jump into it and save lives? 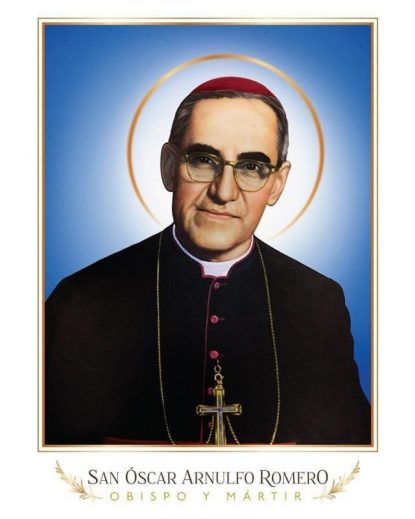 This is an editorial from the Oct. 10 issue of The Compass, newspaper of the Diocese of Green Bay, Wisconsin. It was written by Sam Lucero, news and information manager. The editorial was updated by Catholic News Service to reflect St. Romero’s Oct. 14 canonization.

Clericalism, often defined as an attitude or conduct on the part of members of the clergy that embraces ambition, status and secrecy, has been in the news lately. Pope Francis has condemned clericalism as a subculture in the church that enabled the clergy sexual abuse crisis.

On Aug. 20, he said that clericalism, “whether fostered by priests themselves or by laypersons, leads to an excision in the ecclesial body that supports and helps to perpetuate many of the evils that we are condemning today.”

Whether in the highest levels of the church or in the smallest diocese, Pope Francis sees the need to rid the church of this form of corruption.

In the midst of this challenge, an example comes to mind of how clericalism was uprooted by love and a cry for justice. It is the story of Blessed Oscar Romero of El Salvador, declared a saint Oct. 14.

As a young priest and bishop, clericalism might have been part of St. Romero’s lifestyle. He held traditional beliefs about the role of priests and avoided confrontation, to the angst of fellow priests. In 1975, he wrote a note to priests, criticizing them for being too political, adding that solving the nation’s problems was by working with the government.

His conversion began slowly, following his ordination as bishop. He began to understand suffering and injustice as a challenge to his pastoral leadership. His conversion was completed when a friend, Jesuit Father Rutilio Grande, who espoused a “preferential option for the poor,” was murdered in 1977 by the military.

When asked to define what an “option for the poor” meant, St. Romero stated:

“I offer you this by way of example. A building is on fire and you’re watching it burn, standing and wondering if everyone is safe. Then someone tells you that your mother and your sister are inside that building. Your attitude changes completely. You’re frantic; your mother and sister are burning and you’d do anything to rescue them even at the cost of getting charred. That’s what it means to be truly committed. If we look at poverty from the outside, as if we’re looking at a fire, that’s not to opt for the poor, no matter how concerned we may be. We should get inside as if our own mother and sister were burning. Indeed, it’s Christ who is there, hungry and suffering.”

St. Romero’s vision of the church changed as he defended his country’s “campesinos” (farmers). He was no longer accepted by the nation’s wealthy, who had cheered when he was appointed archbishop of San Salvador because of his passive views on challenging the status quo.

He pleaded for justice and peace, up until the day he was assassinated — March 24, 1980 — while celebrating Mass in a hospital chapel across the street from his residence. Clericalism crept into the scene as bishops and cardinals refused to call Romero’s murder an act of martyrdom.

Today, Salvadorans from all walks of life celebrate the life of the archbishop known simply as Msgr. Romero. Clericalism gave way to conversion in his life. Perhaps it is fitting that we pray for the saint’s intercession in helping the church rid itself of clericalism and embrace the poor wherever they exist: the poor in spirit, the hungry, the oppressed, the elderly, the unborn, the immigrant, the refugee, the persecuted.

St. Oscar Romero, pray for us!

PREVIOUS: The taint of allegations and the rush to publish them

NEXT: Abuse scandal might not be biggest challenge we face