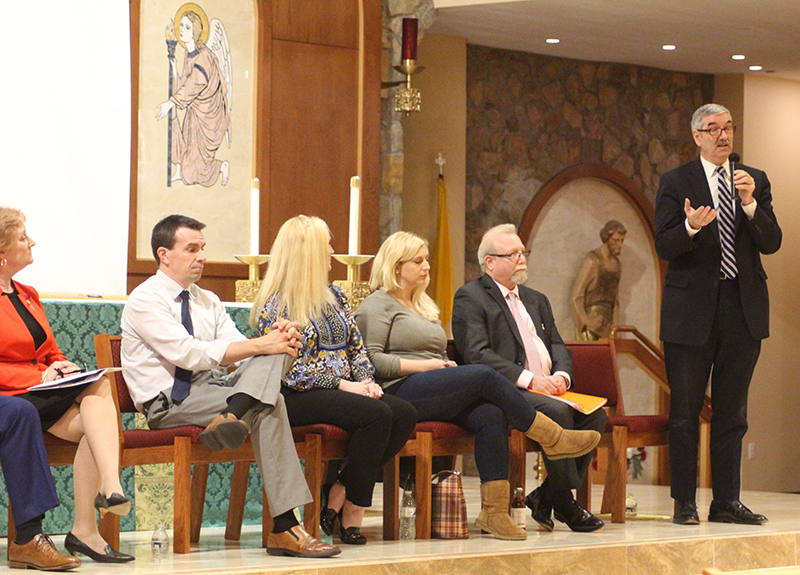 Despite a rise in opioid overdose deaths, hope remains vibrant for those struggling with addiction.

That was the message at an Oct. 23 opioid addiction workshop hosted by St. Jude Parish in Chalfont. More than 100 attendees gathered in the church sanctuary for a presentation by an expert panel that included Bucks County District Attorney Matthew Weintraub, Bucks County Drug and Alcohol Commission director Diane Rosati, medical professionals and certified recovery specialists.

Synthetic opioids such as fentanyl have fueled the increase, although an in-depth CDC analysis, based on 2015-2016 data, showed a significant spike in overdose deaths from cocaine and psychostimulants such as methamphetamine and MDMA.

Weintraub outlined his office’s efforts to reduce overdose deaths, which were down slightly in Bucks County over the past 12 months, from 117 to 100.

Noting that “one overdose is too many,” Weintraub stressed the need for communities to actively assist efforts to tackle substance abuse. He urged residents to surrender unused medicines at one of 34 permanent locations throughout Bucks County, which leads the state in such takebacks. To date, the county has rounded up 101,000 pounds of expired medications, or one third of Pennsylvania’s total collections.

Weintraub also implored attendees to carry naloxone, an FDA-approved medication that rapidly reverses opioid overdoses. The drug, sold as a nasal spray under the commercial name Narcan, can be obtained free of charge through the Bucks County Drug and Alcohol Commission. During his talk, Weintraub held up a vial of Narcan, announcing that the spray had saved over 700 lives last year in Bucks County.

David Fialko, a certified prevention specialist with the Council of Southeastern Pennsylvania, outlined the neurological effects of addiction. Opioids, along with a number of illicit drugs, overwhelm the brain with the neurotransmitters dopamine (which affects motivation, reward and movement) and serotonin (which helps govern mood, learning and sleep). 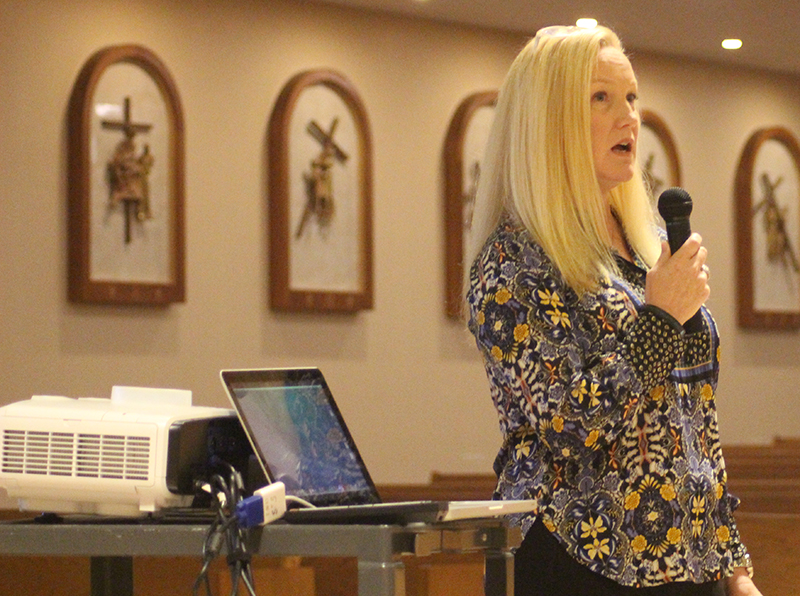 Noting that skilled tasks — such as playing sports or musical instruments — can produce healthy levels of these neurotransmitters, Fialko said that fostering enjoyable and “pro-social” activities can help prevent substance abuse.

Rosati observed that it was important to destigmatize discussions of addiction in order to promote recovery.

“Language matters when we talk about our fellow human beings,” she said.

Amy McCrary, a certified recovery specialist, detailed her son’s journey from a healthy teenager to an anguished young man with a $90-per-day prescription drug habit. Having lost more than five childhood friends to opioid overdoses, and after several attempts to overcome addiction, he has now been sober for three years – although McCrary continues to administer random drug tests.

“You have to be an advocate for your loved one,” she said. “And you have to have hope.”

To help attendees identify the warning signs of substance abuse, McCrary listed several indicators of opioid addiction, among them “dipping out” or losing consciousness while under the influence of narcotics. Cell phone charger cords are often used to “tie off” veins by those who inject heroin, she said, while ballpoint pens without ink cartridges allow users to snort the drug in powdered form.

Recovery advocate and speaker Samantha Purcell also underscored the importance of maintaining both hope and healthy boundaries while battling addiction. Purcell, whose brother spent 15 years as a “functional addict,” said that Nar-Anon, a 12-step group for those with loved ones in addiction, enabled her to entrust her family’s plight to God.

“It’s unbelievable to see how the Lord works,” she said, adding that the recovery process involves not only the affected individual, but the entire family.

Moderated by Doylestown attorney Robert Whitley, the panel had been invited to the parish by Deacon Tim Lynch, a permanent deacon serving at St. Jude’s.

“What prompted it was really the outcry from the many families that we minister to, and the need for mercy, compassion, and really to accompany them on the journey,” said Deacon Lynch. “We want to truly remove the stigma and the shame that surrounds this illness.”

He had attended a similar presentation organized by Whitley, who began coordinating the awareness events after his family had experienced issues with addiction.

“When that happened, I turned to my faith and doubled down on reading the Bible and going to church,” said Whitley.

He sees the panel discussions as a means of kickstarting addiction ministries in area faith communities, regardless of denomination. At an October 2017 gathering, Whitley drew representatives from 44 churches and 32 faith-based organizations. Many have since contacted him for additional workshops.

Whitley added that pastoral responses to addiction are emerging at a grassroots rather than clerical level.

“Church leaders are busy,” Whitley said. “Their plates are full. Start at the bottom up, and then the leaders will get on board.”

“We felt that this was so needed, not just for our area, but for the whole archdiocese,” he said. “So we decided to do something that would be welcoming to anybody of any faith, any neighborhood, throughout the archdiocese, because we know how critical the issue is, and how it’s destroying so many people and so many families.”

Deacon Lynch said that despite the current clerical sexual abuse crisis, which has strained many pastoral ministries, the Catholic Church offers hope to those ensnared by addiction.

“It’s a moment to demonstrate the beauty of the church, of the priests, of the clergy,” he said. “Even given everything that we hear in the news – and it’s horrible – there are good people who want to be part of the community, to help and to inspire, and more than anything, to show love and mercy.” 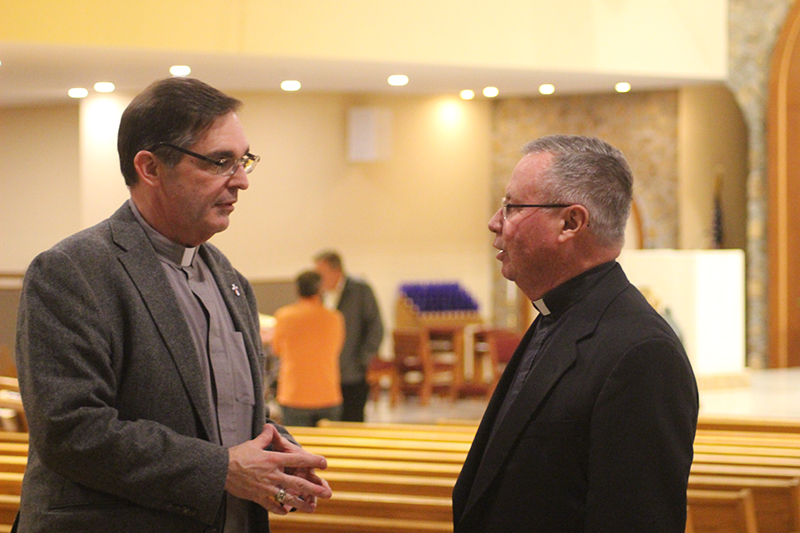 PREVIOUS: All Christians are missionaries, a call one local couple knows well