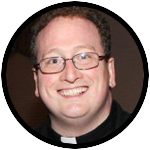 The Catholic Church in America just completed Vocation Awareness Week, a time when we focus on vocations to the priesthood and religious life.

Here in the Archdiocese of Philadelphia, over 1,000 students in our religious education programs and Catholic grade schools participated in Meet & Greet Webinars with some of the Philadelphia seminarians. During these webinars, students learned about vocations and the discernment process, listened to the seminarians as they shared their vocation stories and had the opportunity to ask questions.

Parishes throughout the archdiocese also just launched the Called By Name initiative, asking parishioners to prayerfully look from within their own parishes for men who they believe have the qualities of a good and holy priest.

We are blessed in the archdiocese with numerous examples of these good and holy men, who God has called to the priesthood.  The Vocation Office for the Diocesan Priesthood, in partnership with Joyful Films, is excited to launch a new video about one such priest whose compassion, understanding, and empathy characterize his ministry.

Father Douglas McKay was ordained a priest for the Archdiocese of Philadelphia in 1982. Father Doug founded Our House Ministries in the Grays Ferry section of Philadelphia in 1997 and currently serves as chaplain. As “the living and transparent image of Christ the priest” (St. John Paul II), Father Doug uses the power of prayer and the sacraments in his outreach to those who are struggling with addiction.

Watch the video on the website of the Vocation Office here.

PREVIOUS: Immigration rules and the law of love

NEXT: Path for church reform goes through Rome