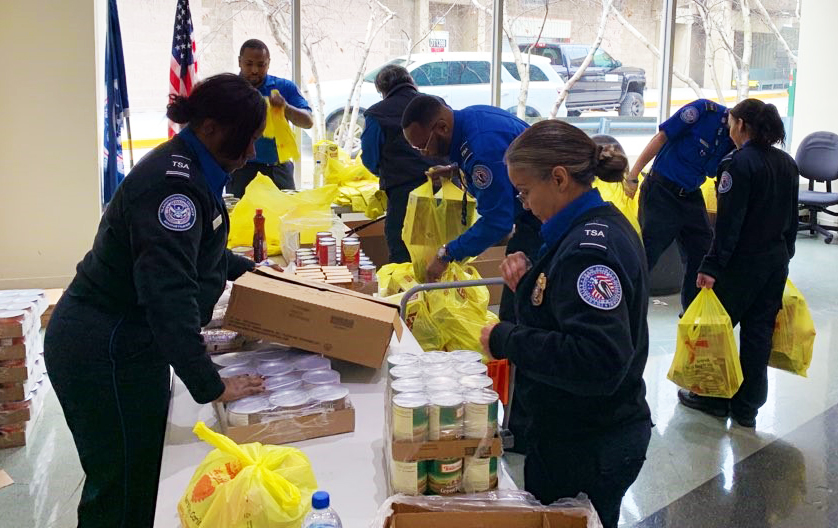 Transportation Security Administration (TSA) workers at Philadelphia International Airport assemble bags of food donated by the Archdiocese of Philadelphia to staffers at the agency, who have not been paid since Dec. 22 due to a partial shutdown of the federal government. (Photo courtesy of Joe Shuker)

As the partial government shutdown drags on, local Transportation Security Administration (TSA) workers are getting some much-needed help thanks to the Archdiocese of Philadelphia.

The federal employees have worked without a paycheck since Dec. 22 as the Trump administration and Congress remain in a standoff over the former’s demand to allocate more than $5 billion in funding for a wall along the U.S.-Mexico border.

President Trump recently signed a bill that eventually will guarantee the federal workers’ back pay, but for many, the gap between now and then is wide — and worrying.

“One of our staffers only has 27 cents left in her bank account,” said Joe Shuker, president of the TSA union at the airport. “She’s a single mother. She doesn’t even have enough gas to get to work.”

Shuker and his team prepared bags of the canned and boxed goods, giving a set of each to the TSA staff.

“It went so fast,” he said. “You could tell anything helped.”

Several TSA workers have been particularly hard hit by the shutdown. At the Philadelphia airport, a number of married couples are employed by the agency, compounding the loss of household income. About one-third of the current work force was hired only within the last two to three years, and many are “just starting families, with no money in retirement and no time to save,” said Shuker. 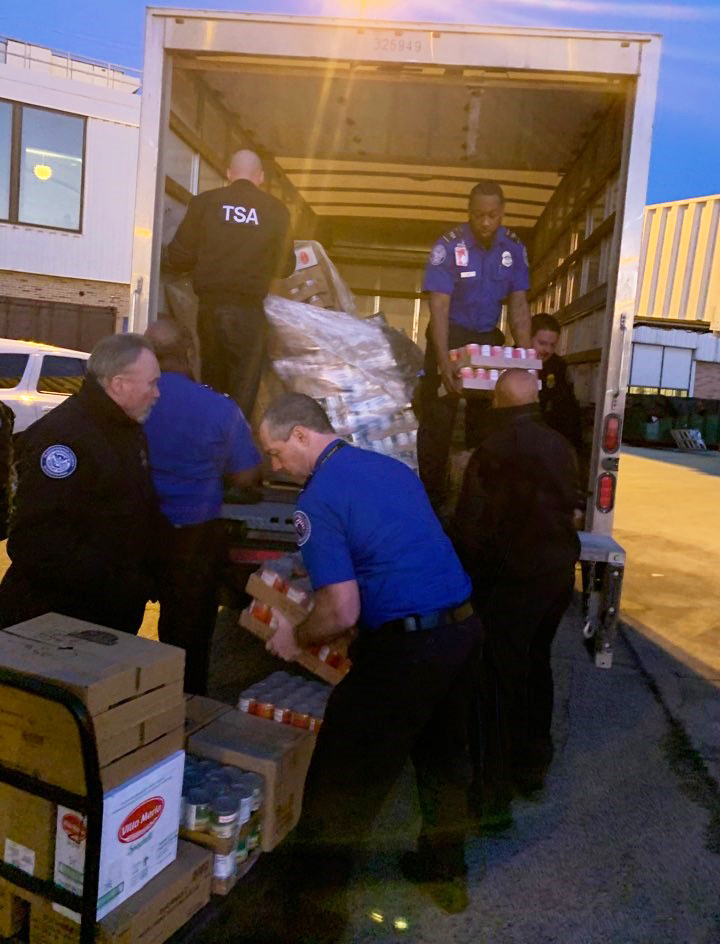 “I only charge $10 for our Christmas party, but I don’t really sell any tickets between pays,” he said.

According to MIT’s living wage calculator, the living wage for a single adult in the greater Philadelphia area is $12.17 per hour. But for an adult and one child, that figure more than doubles to $24.90. As a result, many families live just one paycheck away from serious financial difficulty.

“We also anticipate an increase at our network of food cupboards throughout the five counties during this time, especially as individuals utilizing SNAP (the federal supplemental nutritional assistance program) aid run out of their benefits,” Mullen said.

CSS assists more than 3,100 each day in the five-county Philadelphia area through a wide range of programs for the homeless and hungry, at-risk youth, single parents, families in need, immigrants and refugees, and those with intellectual disabilities.

On Jan. 17, CSS dispatched several BenePhilly counselors — who specialize in connecting individuals with public benefits — to assist TSA workers in completing applications for SNAP, rental, mortgage and other forms of assistance.

Shuker, who attended Blessed Virgin Mary School in Darby, is grateful for the church’s assistance during such a difficult time.

PREVIOUS: While feeding the hungry, Catholic market respects their choices

NEXT: Couple shows the path of life on journey of healing from abortion