A world in search of a King

Jesus is the once, future and eternal King

‘Redeemer of man,’ the vision and agenda of St. John Paul II’s papacy 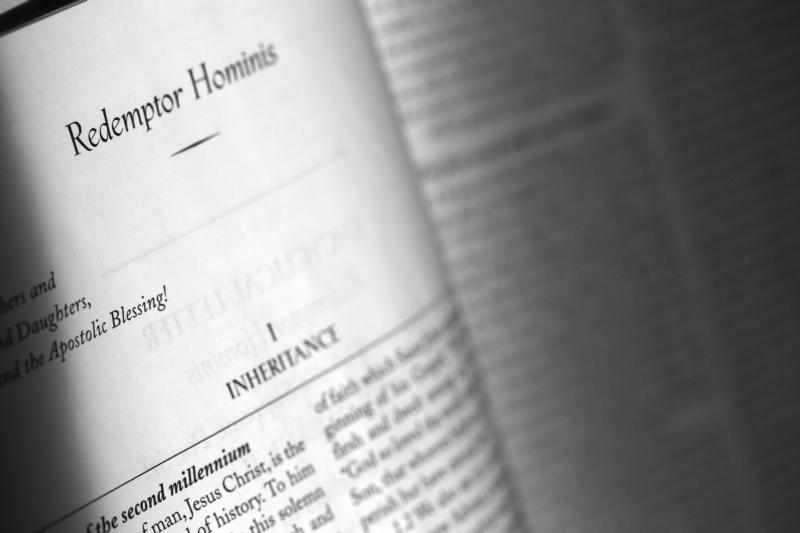 “Redemptor Hominis” (“The Redeemer of Man,” 1979), the first of 14 encyclical letters issued by St. John Paul II (1978–2005), lays out the vision and agenda that would guide his papacy over the next quarter of a century.

That agenda involved implementing the teachings of the Second Vatican Council (1962–65) in a way that would highlight the centrality of Christ. The encyclical develops this agenda in tandem with an exploration of St. John Paul’s favorite philosophical theme, the mystery of the human person.

In a church that measures time by centuries, the council had rapidly brought about many changes. In the years that followed, the Mass would come to be celebrated in vernacular languages with the priest facing the congregation.

The special task of the laity was recognized as transforming the world in the realms of family, work and society. There was a new focus on respecting Christians of other traditions as well as people of other religions.

Catholic theologians were divided among themselves concerning whether the pace of change in the church was too rapid or not rapid enough.

Accelerators wanted married priests, women priests and a wider sharing of authority in church decision-making. Decelerators were concerned that those eager to adapt to modern values were not appreciating the ways in which traditional church structures and practices had issued from the will of Christ under the guidance of the Holy Spirit.

St. John Paul was a decelerator. In 1981 he named Cardinal Joseph Ratzinger (later Pope Benedict XVI) head of the Congregation for the Doctrine of the Faith.

Among the congregation’s primary tasks under Cardinal Ratzinger were criticizing those who reduced the church to a merely social organization and censuring theologians who either challenged the teaching authority of the magisterium or who approached interreligious dialogue in such a way as to downplay the centrality of Christ.

The first line of “Redemptor Hominis” telegraphs much of the agenda of St. John Paul: “The redeemer of man, Jesus Christ, is the center of the universe and of history.” The letter goes on to compare “Redemptor Hominis” with the “programmatic” first encyclical issued by St. Paul VI, “Ecclesiam Suam” (1964), which focused on the church.

While praising Pope Paul VI, however, St. John Paul mentions that Paul’s papacy had been troubled by much internal criticism. He concedes the need for humility and self-criticism but adds that criticism should also have its limits. He wanted a “more mature solidity of the whole people of God, aware of their salvific mission.” In other words, he thought it was time for Catholics to stop complaining and get on with the mission of the church.

St. John Paul acknowledges some progress in areas such as collegiality among the bishops, inclusion of the laity, and ecumenical matters, but asks, “Where to go with this church?” He answers, “To Christ.” It is at this point that he integrates his focus on the centrality of Christ with the other theme that had also already been telegraphed in the letter’s opening line: the need to understand the human person.

The human person had been the major subject of St. John Paul’s work when he was a professor of philosophy. A study of the human person reveals complexity and multidimensionality. Human beings have tremendous capacities yet significant limitations.

In the 20th century, human “progress” had been accompanied by terrible events and fearsome prospects. Paradoxically, human beings can only fulfill themselves by transcending themselves. What human beings most need is love.

In “Redemptor Hominis,” St. John Paul teaches that what it means to be human can only be understood in relation to Christ. Through Christ, the love of God is made available.

At the same time, however, Christ cannot be understood apart from the meaning of the human person. One must grasp something of both human dignity and human sinfulness to comprehend the need for and the reality of Christ, the redeemer of man. The church must be first of all a community of disciples that follows Christ. Faithfulness to Christ must fully inform all other concerns in which the church engages.

When calling for the Second Vatican Council, St. John XXIII had spoken of a new Pentecost. The work of the council was to be followed by a new outpouring of the Holy Spirit. Tellingly, in both the beginning and the end of “Redemptor Hominis,” St. John Paul writes of a new Advent that would precede the coming of the new millennium in the year 2000, a year in which to focus on the meaning of the incarnation of Christ.

In this reconceived timetable, St. John Paul did not turn back the clock to the pre-Vatican II era, as some of his critics had feared. He did, however, set the time of a new Pentecost somewhere in the relatively distant future. To the delight of the decelerators, the pace of change in the church had been slowed with the intention of restoring the focus on Christ.

Dennis M. Doyle, professor of religious studies at the University of Dayton, is author of the forthcoming book “The Catholic Church in a Changing World,” to be published in February 2019.

PREVIOUS: The beatitudes call us to root ourselves in God alone

NEXT: Amazed by human dignity, St. John Paul II called on church to serve others