Transfiguration: An invitation to Lenten obedience and self-denial 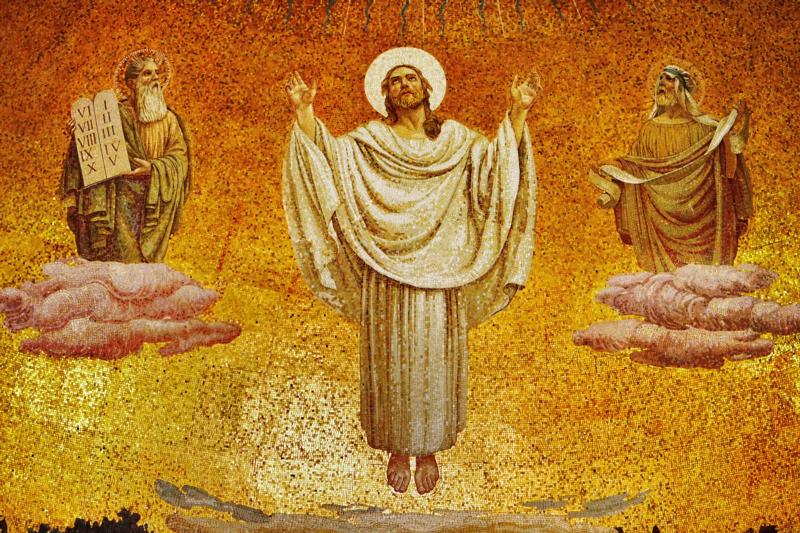 In Luke’s Gospel, the Transfiguration, offers significant lessons to us not simply in obedience, but in self-denial — all of which are part and parcel of Lent, the season in which we are called to “transfigure,” or transform, ourselves into new creations of God. (CNS photo/Greg Tarczynski)

“This is my chosen Son; listen to him.”

So what else is new, right? Are we not told regularly, throughout the liturgical year, to listen to Jesus?

Of course. But there is much more to this year’s Gospel reading for the Second Sunday of Lent (from Lk 9:35) than meets our eyes and ears, as was the case when Peter, James and John gathered with Jesus to pray on a mountain.

This encounter in Luke’s Gospel, the Transfiguration, offers significant lessons to us not simply in obedience, but in self-denial — all of which are part and parcel of Lent, the season in which we are called to “transfigure,” or transform, ourselves into new creations of God.

Let’s start with obedience — the act of saying “yes” to God. “No one can say yes to God’s ways who has said no to his promises and commandments,” wrote the German theologian Dietrich Bonhoeffer in “My Soul Finds Rest: Reflections on the Psalms.” “Acceptance of the will of God comes in the daily submission under his word.”

(Listen to a reflection by seminarian Kenneth Cavara on the Gospel for the Second Sunday of Lent.)

Submission, yes — and love. In his book “My Utmost for His Highest,” Oswald Chambers, a Scottish pastor in the early 20th century, noted that “we imagine that whatever is unpleasant is our duty! Is that anything like the spirit of our Lord — ‘I delight to do thy will, O my God’?”

Obedience to God, then, equals love. We cannot love God without submitting to God, and we cannot submit unless we listen to God rather than to ourselves.

Listening leads us to self-denial, which in traditional Lenten practice generally involves sacrifice or foregoing earthly pleasures. But Lent is less about “giving up” or “sacrificing” our desire for pleasure than it is about being attentive to the word of God, about discovering true and lasting pleasure — joy, really — in serving God.

Self-denial means pushing aside our human traits and tendencies, and absorbing more of God.

It is not sinful, for example, to enjoy chocolate (a frequently forsaken “pleasure” during Lent). But indulging ourselves in chocolate? Hoarding it? Sneaking it into our mouths when (we think) no one is looking? Those are the human tendencies we are called to address and rectify during Lent, and beyond.

It’s about putting God first, as in, “I decrease as God increases.” That realization was expressed by John the Baptist, shortly before he baptized Jesus, a moment where God, speaking (as at the Transfiguration) in a cloud, declared, “This is my beloved Son, with whom I am well pleased” (Mt 3:17).

Self-denial signals a change of heart, turning our lives from rebellion to obedience toward God — the very thing that John, in that not-so-long-ago season of Advent, was urging all who would listen. “Repent!” he pleaded.

Or, as we were invited to do on Ash Wednesday, as we were marked with the sign of the cross on our foreheads, “Turn away from sin and be faithful to the Gospel,” another way of saying, “Listen to him.”

Peter himself amplifies this point during his own ministry after Christ’s ascension into heaven. He tells the disciples of his experience that day on the mountain, recalls the Father’s words, and adds, “You will do well to be attentive to it, as to a lamp shining in a dark place, until day dawns and the morning star rises in your hearts” (2 Pt 1:17-19, second reading for Transfiguration feast day).

The disciples saw Jesus transformed, “his face changed in appearance” (Lk 9:29). For them and for us, this is a call to transformation, inward transformation that invites us to look at our hearts, souls and minds, to turn our lives away from sin (self-denial) and toward God (obedience), as John the Baptist called us to do.

Significantly, the Transfiguration episode — which we will hear again this summer, on the Aug. 6 feast day — marks the end of Jesus’ ministry in Galilee. Soon thereafter, he and his followers headed to Jerusalem, where, Jesus knew, he would be put to death but also raised to everlasting life.

In his book “How to Read the New Testament,” Etienne Charpentier, the late French priest and biblical scholar, suggests that in the Transfiguration, God is offering more than his declaration, “Listen to him”:

“The Father shows Jesus the conclusion of his going up to Jerusalem,” writes Charpentier. “Beyond death he will find the glory promised at the end of time to the son of man.”

Moreover, Charpentier says, seeing Jesus transfigured in appearance was “a moment of light,” or awareness, for Jesus’ disciples, and it can be the same for us.

“In times of doubt when we no longer know what to do,” says Charpentier, “we may return to those moments of light we may have experienced when our vocation, our mission in life, seemed clear, and this will help us to be faithful to that light.”

The end of one period, the beginning of another. Transfiguration and transformation are our call at every liturgy and, certainly, during Lent when we are invited to become new creations, through loving (obedience) and listening (self-denial) to God’s “chosen one.”

PREVIOUS: Lent should not be attempted alone

NEXT: Second Week of Lent: Renewal and restoration in the desert