Here is a guest commentary that examines questions some have raised about sacraments conferred by former Cardinal Theodore E. McCarrick during his 60 years of ministry as priest, bishop and archbishop. Pope Francis laicized him in February. Father Comandini is managing editor of The Catholic Spirit, newspaper of the Diocese of Metuchen, New Jersey. He holds a doctorate in theology from the Pontifical Gregorian University in Rome. 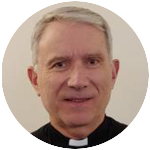 In light of the laicization of Theodore McCarrick, some Catholics whose children or grandchildren were baptized or confirmed are wondering if the sacraments administered by McCarrick are still valid. “Must these individuals be re-baptized or re-confirmed?” Many couples who asked McCarrick to officiate at their weddings are also puzzled by the sacramental status of their marriage. “Do they need to exchange vows again in front of a priest and two witnesses?”

Then there are those, like me, who were ordained to the transitional diaconate and later to the priesthood by McCarrick. “Am I still a priest?”

For all such people who received sacraments from priests or bishops who were laicized, apostasized (gone over to another faith) or embraced a schismatic faith, such as the Polish National Catholic Church, take comfort and know that you do not need to be re-baptized, re-confirmed, re-ordained or exchange your marriage promises again.

These very questions were addressed by the Church as early as the third century when a heretical group called into question the validity of sacraments, administered by priests and bishops who had been “traitors,” a name given to clerics who surrendered the Christian Scriptures to civil leaders in anti-Christian territories as a sign of impunity.

This North African heretical sect of Christians was known as the “Donatists.” The group takes its name from “Donatus,” a third-century bishop who led this rigorous sect which held that the “Church is meant to be an assembly of saints, not sinners.” He taught that any sacrament confected or administered by priests or bishops who were “traitors” (“apostates”) were invalid. In fact, even if a priest or bishop repented and returned to the Catholic fold, the Eucharist he confected was still considered invalid. (Wikipedia, “ex opere operato”)

In the Catechism of the Catholic Church, we read: “Sacraments are powers that come forth from the body of Christ, which is ever-living and life-giving.” (CCC. 1116) In short, the efficacy of the sacraments is not dependent on the holiness of the priest or the bishop who administers these. Given these definitions of what is happening when a priest or bishop confects a sacrament, it follows that a priest or bishop in a state of mortal sin could continue to administer valid sacraments because it is Christ who effects the sacrament through the vehicle of a priest or bishop. (See St. Thomas Aquinas, “Summa Theologiae,” III, q. 64)

Often, “ex opere operato” is misunderstood to mean that sacraments work automatically, independently of the faith of the recipient. To receive sacraments fruitfully, the recipient must have an openness, a desire to receive what the sacrament offers, all of which is presupposed by faith (except for children under the age of reason, as in the case of infant baptism, in which case the parents’ faith speaks for the child).

Therefore the “fruits of the sacraments also depend on the disposition of the one who receives them.” (Catechism of the Catholic Church, 1128) However, our best intentions notwithstanding, we cannot merit grace. Only God can create grace, which he offers us as a pure gift. Thus, Catholic Christians believe that what God offers us in the sacraments, he does so freely, out of love not coercion. (Michael Fahey, “Sacraments,” The Oxford Handbook of Systematic Theology)

To recapitulate, “ex opere operato” holds that the efficacy of the sacrament is a consequence, not of the moral standing of a priest or bishop, but rather of Christ himself who established each sacrament. The priest or minister acts “in persona Christi” (“in the person of Christ”), even if in a state of mortal sin. Therefore, such a sacrament would be valid, and the grace efficacious.

The principle of “ex opere operato” affirms that while a proper disposition is necessary to exercise the efficacious grace in the sacraments, it is not the cause of the sufficient grace. Are the sacraments confected or administered by Theodore McCarrick, when he was a priest, bishop, archbishop or cardinal valid? Yes. Were they licit (done according to the laws of the Church)? Yes. Were they fruitful? Yes, provided that the recipient was properly disposed.

The phrase “ex opere operato” should bring solace to all who wonder about their sacramental standing in light of a priest or bishop who has been removed from the priesthood. However, it should also motivate us to approach each and every sacrament with humble hearts because, as Augustine defined these, sacraments are “an outward sign instituted by Christ to effect grace.”

PREVIOUS: Bill in Pa. House would prevent Down syndrome ‘extermination’

NEXT: The problem is not just whom we elect, but how we vote