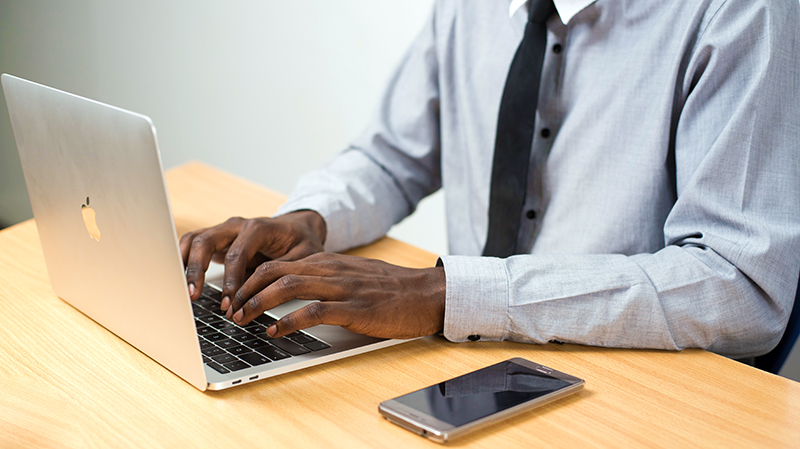 Decades into his career, Joe found himself out of a job when a venture capital firm acquired the company at which he worked.

“Position after position was eliminated,” said the IT professional, who lives in suburban Philadelphia. “And in my late 50s, I had no experience with being unemployed.”

A lack of professional certifications on his resume hindered his search for work.

“My old company was a place where you learned a tremendous amount of useful stuff, but they were kind of ‘anti-certification,’” he said. “And that can be difficult in the IT world.”

He ultimately landed a new IT role through the help of Joseph’s People, a non-profit that serves the unemployed and under-employed. The organization is fittingly named for St. Joseph, the foster father of Christ and, in Catholic tradition, the patron of workers.

Founded in 1995, Joseph’s People grew out of a pastoral need identified by Joan McCrea, a catechist at St. Joseph Parish in Downingtown. Realizing that many of her teenaged students had parents who were unemployed, McCrea teamed up with Msgr. Robert McManus and businesswoman Cheryl Spaulding to establish a ministry that provided practical and prayerful support for job seekers.

Today, Joseph’s People has 10 chapters throughout Bucks, Berks, Chester, Delaware and Montgomery counties. An additional chapter is located in Pittsburgh. According to the group’s records, more than 5,000 individuals have benefited from involvement with Joseph’s People.

Spaulding has served as president since 2001; McCrea, the president emeritus, died in 2016, but remains “the heart of Joseph’s People,” according to the organization’s website.

Although parish-based, the chapter meetings are open to all, and the organization is both ecumenical and non-denominational. Both Catholic and Protestant churches throughout the area host chapters.

Participating archdiocesan parishes include Our Lady of Grace in Penndel, St. Laurence in Upper Darby, St. Maria Goretti in Hatfield, St. Albert the Great in Huntingdon Valley, Assumption of the Blessed Virgin Mary in West Grove, St. Elizabeth in Chester Springs and the founding chapter at St. Joseph in Downingtown.

Meetings, which take place twice a month, provide both education and motivation for job seekers. Industry experts offer insight and search strategies, and the organization collates “vetted resources” that members can trust, said Ernest Russom III, a board member and co-chair of the central Delaware County chapter.

Such tools include the group’s “Blue Resource Guide,” a detailed handbook for navigating job searches while managing finances, health care, housing, food security and the emotional challenges during a period of unemployment.

“We help the entire person,” said Russom, a member of St. Laurence Parish in Upper Darby.

The group’s seventh annual retreat, held on Feb. 17 at Malvern Retreat House, focused on faith as an integral part of both one’s job and overall career success.

Russom noted that job seekers often suffer from “self-defeating misperceptions,” such as a fear that they are too old to be hired.

“There are companies that love gray hair,” he said.

Many applicants also lack the ability to market themselves properly, a misstep Russom often encounters as executive director of Westview Associates, which provides accounting and finance staffing throughout the greater Philadelphia area.

“I see so many ‘tombstone resumes’ that basically say nothing more than ‘I worked here,’” Russom said. “Rather than simply list your jobs, tell me instead what you accomplished, and give me a targeted resume that describes your attributes so the hiring manager can understand.”

Russom encourages job seekers to “do a self-assessment that lists what you did to enhance the bottom line” at a company.

Some of the most fruitful opportunities for work can be right in your own backyard, he said, noting that smaller companies and firms in less well-known fields are prime sources of employment. Research and networking are key to identifying such positions.

“When rejected, hang up the phone, check for blood and keep pursuing a new position,” he said.

Joe can attest to the success of that strategy. After attending the group’s meetings and utilizing its resources for several months, he transformed a temporary IT assignment into a customized, full-time position through which he has shaped his new company’s direction by streamlining technical operations.

Faith enabled him to journey through the unemployment experience.

“Certainly being laid off was a disappointment, but I knew God had a plan, and I just needed to uncover it,” he said. “To those searching for a job, I would say to remember that the Lord lets a lot of stuff happen, but he never stops loving you.”

PREVIOUS: Do a spiritual recharge, hear a big-name speaker locally