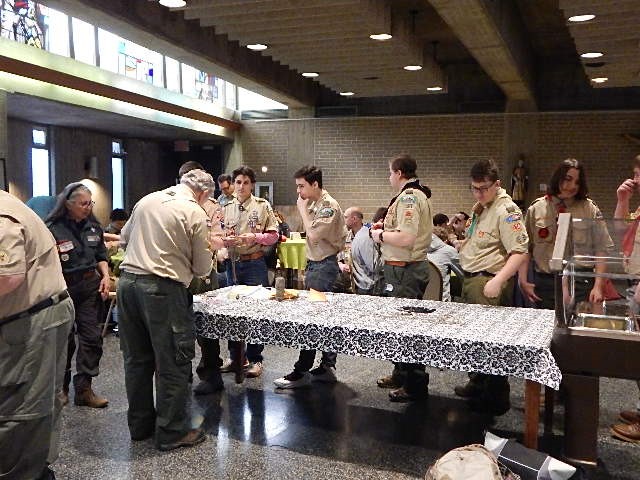 Boy Scouts participate in an activity (pictured above and below) to make rosaries during the Scout retreat held March 16 at Daylesford Abbey in Paoli and sponsored by the Archdiocese of Philadelphia’s Catholic Committee on Scouting. The theme of the day-long retreat was “Champions of Christ: Military Saints and Chaplains.”

The completed rosaries will be brought to the annual Scout Mass May 4 at the Cathedral Basilica of SS. Peter and Paul in Philadelphia and later distributed to members of the United States military services. 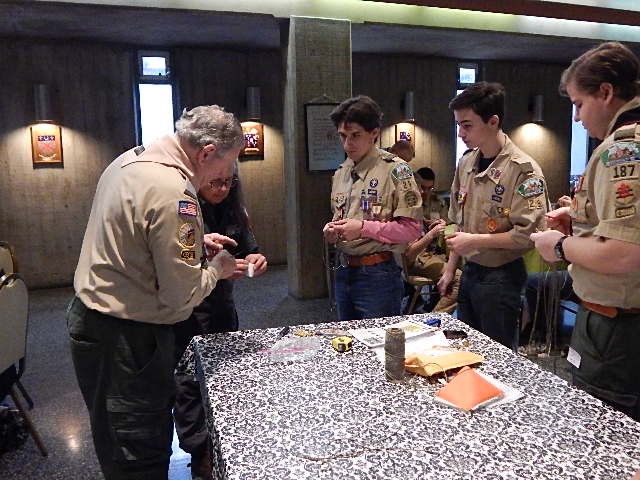 NEXT: Epiphany of Our Lord’s new sign grabs attention at busy corner