Hispanic families, with their sons, get special day at seminary 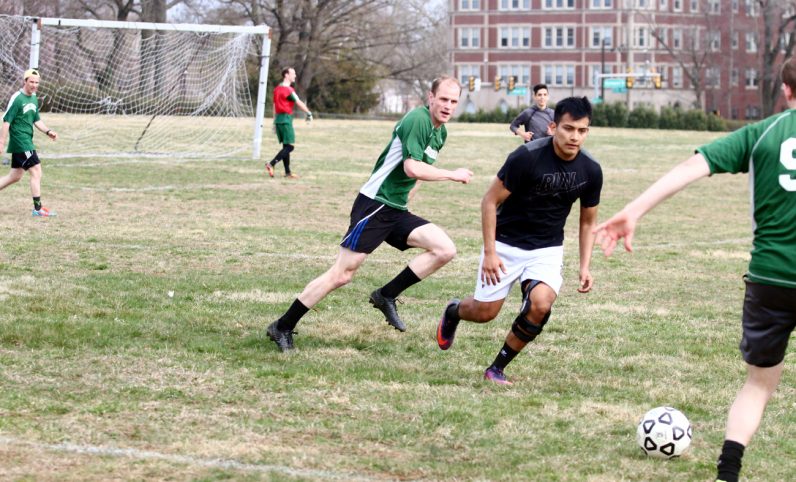 Approximately 260 people attended the fourth annual event, its largest turnout ever, according to Father Stephen DeLacy, vocation director for the Archdiocese of Philadelphia.

Bishop Edward Deliman celebrated Mass in Spanish for attendees, with music provided by the choir from Our Lady of Fatima Church, a worship site of St. Charles Borromeo Parish in Bensalem.

The event also included a tour of the seminary campus, lunch, games for children, a soccer match in which young men attending played against seminarians, and evening prayer in St. Martin’s chapel.

The archdiocesan Vocation Office for the Diocesan Priesthood formed a task force in 2015 to increase priestly vocations from the Hispanic community. Father DeLacy said the idea for Hispanic Family Day arose in view of the Hispanic culture’s emphasis on family.

“In our deliberation, it became very clear that if we want to cultivate vocations (from the Hispanic community) … we have to reach out to the whole family,” said Father DeLacy. “The Hispanic culture is very collective in (its) mindset, much more family-centric than individual-centric.” 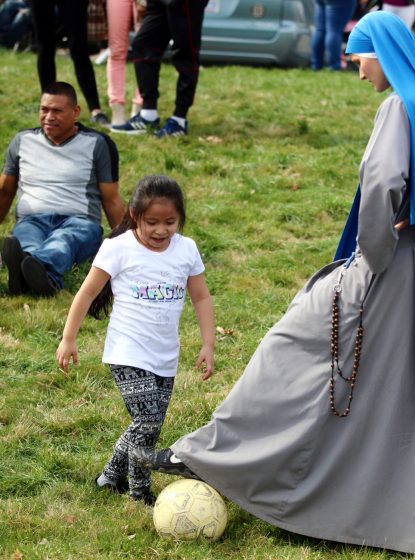 Because of the efforts of the Hispanic vocations task force, there is “a large number of discerners now considering the call” to priesthood from the Hispanic community, Father DeLacy said.

Father Daniel Arechabala visited St. Charles Seminary with his family when he was a young boy. In addition to his service now as parochial vicar at Queen of the Universe Parish, Levittown, and St. Mark Parish, Bristol, he is active in fostering vocations through the Hispanic vocations task force.

“It’s just really exciting to me that this is what we’re doing now, where we’re inviting people to come on to the (seminary campus, to have some time to enjoy themselves … and really make contact with the seminarians,” Father Arechabala said, “so that the families and their sons see the reality that (the seminarians) have come from families and they’ve come from backgrounds similar to their own and are now pursuing, with God’s grace, the call to the priesthood.”

Hispanic Family Day also helps the visiting young men understand “that the seminary is a place of discernment, where young men can come to encounter Christ and better understand what he might be calling them to,” Father Arechabala said.

Miguel and Adriana Gonzalez, Queen of the Universe parishioners, have a son who is a freshman in high school. They brought him to Hispanic Family Day to show him, as Miguel Gonzalez said, “a different kind of approach” to life.

“We are trying to show him all the possibilities,” said Miguel Gonzalez. “At the end of the day, it will be his decision.”

By attending Hispanic Family Day and seeing seminary life in person, Adriana Gonzalez said, their son now “knows better what it’s all about.”

For parents with a son who might be considering the priesthood, Father Arechabala’s advice is to help him be open to God’s will.

“In my estimation, the focus of the parents … would be to encourage him, but simply to be ready for whatever God wants,” the priest said. “It’s important that young men make this decision (to discern the priesthood) because God is calling them, because nothing else will sustain them — it’s only going to be that relationship with Christ.

“And above all to pray,” he added, “to pray that the Lord would continue to increase the number of vocations and to enable those young men to better hear that call.” 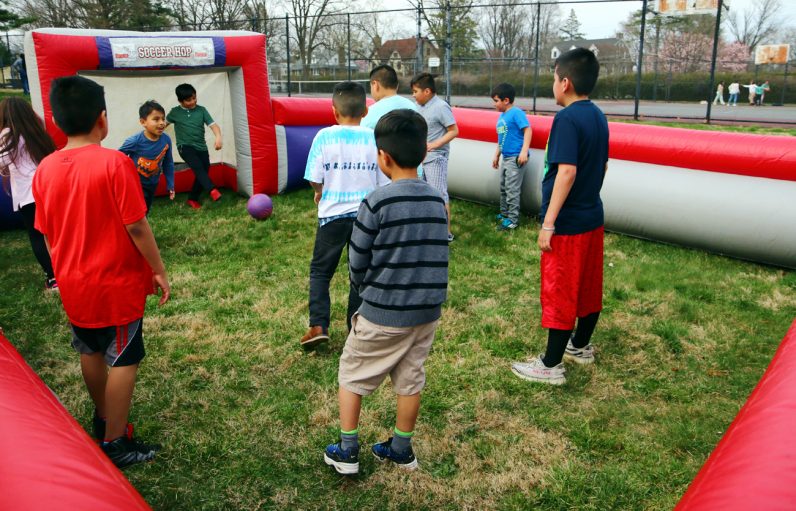 Children had a variety of games to play as they and their families visited St. Charles Seminary April 7 for the annual Hispanic Family Day, and initiative of the archdiocesan vocations office to involve the whole family in encouraging sons to discern a vocation to priesthood. (Sarah Webb)

NEXT: Catholic Social Services honored for its aid to pregnant women