Moved to aid the hungry, Old St. Joseph’s faithful get to work 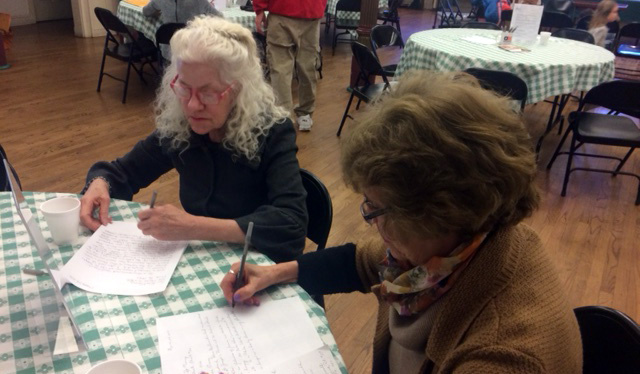 Old St. Joseph’s, Philadelphia’s oldest Catholic parish, has seen its surrounding area of Old City transformed in the second half of the 20th century from industrial and working class to one of the most gentrified residential neighborhoods of the city.

But it has never forgotten its roots and its commitment to the poor — not just locally but internationally.

On Sunday, March 24 during their two scheduled coffee hours in Barbelin Hall, the parish encouraged those attending to write letters to either or both U.S. Senators Robert Casey and Pat Toomey.

“It’s part of our parish connection to Operation Rice Bowl this year,” said Old St. Joseph’s pastoral associate B.J. Brown. “What impresses me is some of the letters are full-page; the writers reflect on the issue. It really speaks to the strength of their faith. Through Rice Bowl we are lifting up the whole parish.”

In addition to utilizing the coffee hours as an opportunity for letter writing, it will also be done at several other parish functions over the Lenten season. The letters will later be hand delivered to the senators. 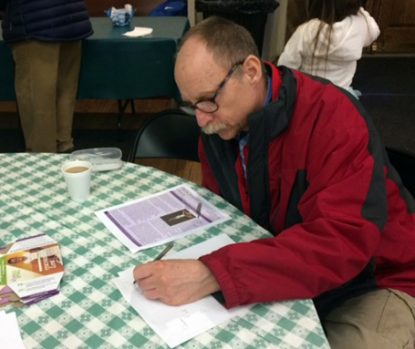 Jeff Wallace, a regional representative for CRS who recently became a member of Old St. Joseph’s, believes the parish participation really stems from the charism of the Jesuit order of priests who serve there.

“Our pastor, Father Walter Modrys, is very interested in involving the parishioners in charitable activities, not just CRS Rice Bowl,” he said. “Learning about people overseas — that includes the theme of encounter — learning about people overseas who our policies are affecting. The letters we got are really helpful as we move forward to advocate that the government fully fund the foreign aid budget.”

Other programs planned at the parish include involvement of students and also a simple meatless meal based on a recipe offered by CRS Rice Bowl, according to Wallace.

Old St. Joseph’s is just one of a number of parishes in the archdiocese that are actively supporting CRS initiatives including approximately 15 parishes in its Ambassador Program.

Under that program parish representatives educate and mobilized their parish community when a global emergency occurs, and they provide leadership for Rice Bowl and other CRS initiatives.

To learn more about CRS visit their website here. 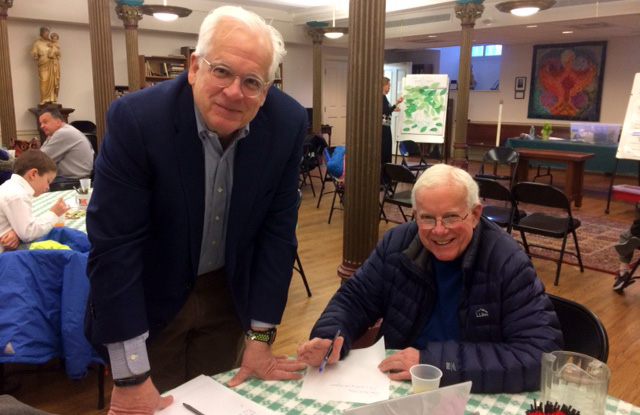 NEXT: Help needed to keep pro-life sign in view on Pa. Turnpike