Young man’s answer to ‘what is church?’ is revealing, hopeful 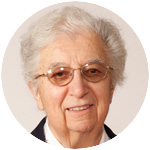 It had been a long time since our last visit when Dan, one of our recent graduates, and I were sitting in a near-campus restaurant enjoying a delicious meal and each other’s company. “What is your idea of church?” I asked. His answer: “Mass, prayer, sacraments, of course; and people; going out to be with them in times of joy and need, ministering and serving them, whatever their race, religion, social status.”

He never mentioned a building where one prays, but rather it was people, going out to the margins, being present to them both in times of need and of joys. Prayer, sacraments, Mass are essential for those who minister to others.

His answer was revealing because I thought of my definition of church when I was a recent college graduate. It was the haven where I found the Mass, the sacraments and encountered Jesus especially in the Eucharist. Yes, I wanted to minister and serve others. I thought of the classroom, the young students who would be in my classes, my Philadelphia neighbors.  Certainly, I would minister to them as needed and serve them, but my concept was provincial.

We live in a world where griefs and anxieties abound. Pope Francis has called it a field hospital where many wounded await help.

At the end of the first decade of this century, I read somewhere a description of it as “a decade from hell.” I believe that is an exaggeration, but this 21st century is proving to be one of great upheaval and rapid change in all areas of our lives, causing me to gasp frequently for breath.  Do you? Should we despair? No! “Why?” you ask. “Should I settle for anxiety?” No. We have a powerful response to the challenges facing us. It is the virtue of hope.

What is hope? One of the theological virtues: faith, hope and charity. Why is hope between the two other virtues? I believe it is because it is the anchor for faith and love. When I pray that I look forward to the resurrection of the body and believe in a world both seen and unseen, it is hope and faith that I express. Hope therefore keeps faith and love on its path for us and leads us on to eternal life.

When I love my neighbor, the students whom I teach, it is because I hope in the future of youth. Thus, hope becomes hope for the world.

Hope is a gift that we receive if we ask for it in faith. Pope Benedict has said faith is hope. Pope Francis has said prayer leads to hope and hope is optimism bringing joy.

So let us, living in this world of anxiety, a world that knows so much poverty — material and spiritual — let us pray to Mary, the Mother of Hope. A bewildered young woman who no doubt was quite baffled and frightened by the message received from the angel, she pondered in her heart that message and with hope and trust had faith in God. She responded with “Fiat.”

Pope Francis asks us to be like hope-filled, faith-filled, joy-filled Mary, to follow the Spirit as she did and share the news of salvation with all people, our future church. As she did, let us “look at the horizon.”

NEXT: On composting of human bodies